Service members and veterans are less likely to recommend joining the military to family and friends than they were two years ago, according to survey results released Thursday from the Military Family Advisory Network.

“That, to us, was concerning,” said Shannon Razsadin, executive director of MFAN, a nonprofit advocacy group. “I think it’s the people who are living this life are having a hard time.”

About 63% of respondents said they would recommend the military — a drop from about 75% in the survey completed in 2019. The reason for the decline could be linked to additional survey data that found more than half of military families have a moderate or poor family well-being, she said.

“That's a really important thing that should get people's attention and making sure we're focusing on the whole family,” said Razsadin, the spouse of a Navy officer. “People who do this and live this life, it’s because of a patriotic sense of duty and responsibility to serve. The reality is that this life is hard, and we can't count on that to be the only thing that helps us get to the maintenance and growth of the all-volunteer force.”

The findings are part of the network’s 2021 Military Family Support Programming Survey, which is conducted every other year to gain insight into an array of support needs for military and veteran families. The survey was fielded online between October and December, with 8,638 people participating, according to the report on its findings.

Respondents, who were either service members, veterans or their spouses, came from all 50 states and Washington, D.C., two U.S. territories, and 22 countries. 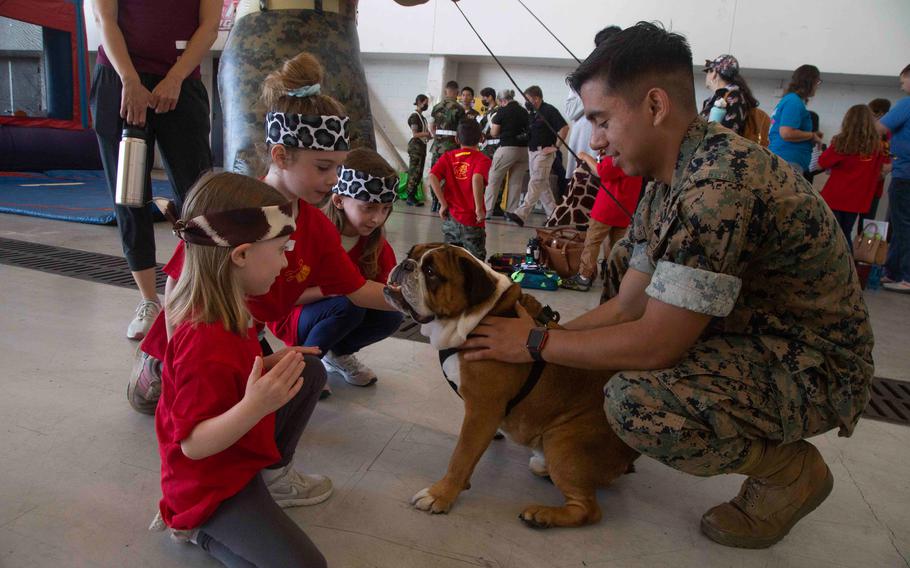 This year, researchers introduced a family health scale into the survey, which is a measure of a family unit’s well-being. It uses 10 questions that measure family relationships, heath care, finances and housing to create a well-being score. About 59% of families reported moderate or poor health, according to the survey report.

“These findings paint a clear picture; military and veteran family well-being is related to health care satisfaction, family relationships, financial well-being, housing, food insecurity and the military community,” according to the report.

The results come as the military services have faced a difficult year in meeting their recruiting and retention goals and have been increasing enlistment bonuses and relaxing some regulations such as its tattoo policy to entice new recruits. The Army has been particularly challenged in recruiting, in part because it is the biggest of the military services, said Sgt. Maj. of the Army Michael Grinston.

Negative attention focused on military housing and other quality-of-life concerns also likely is having an impact of people’s willingness to sign up or reenlist, among other factors, he said last month.

“I think that’s one of the things that’s actually hurting the Army,” Grinston said, specifically mentioning negative coverage of military family housing. “We are reluctant to see or read a positive story about the quality of life.”

In 2018, Reuters reported on the dangerous conditions that military families have faced in base housing, including mold growth, toxic exposure, lead-based paint and asbestos, pest and rodent infestations, and water and sewage issues. Many conditions were exacerbated by poor or slow response to maintenance requests. Congress has since stepped in, issuing reforms to attempt to battle the problems.

The MFAN survey does show more than half of respondents living in privatized military housing were satisfied with their landlord’s responsiveness to repair issues. It also found poor base housing conditions were the most cited reason for choosing to live off base since 2019. People also noted a lack of availability in housing forced them to live outside the base.

Meanwhile, the survey found more than 60% of military and veteran families are paying more than they can comfortably afford for housing. That occurs when housing takes up more than 30% of the household’s income, according to the report.

This divide is seen particularly among officers and the enlisted ranks, Razsadin said.

“The reality is that whether you’re enlisted or an officer, you still need a roof over your head,” she said. “Ultimately, that comes down to finance and compensation.”

Among the five recommendations that MFAN offered to the military in its report was a call for the services to “right-size” the housing allowance paid to service members. When families struggle to pay for housing, it has a ripple effect through other areas. They are more at risk for food insecurity and might lack resources to pay for leisure activities or travel to visit family.

“I think that these things are all connected,” Razsadin said. “We're seeing people having to choose between paying for their housing versus paying for food. The fact that [the housing allowance] and even some of the other allowances like [the cost-of-living adjustment] have not kept up with the reality of the needs of families is really problematic, and I think is a key component to a lot of these areas.”