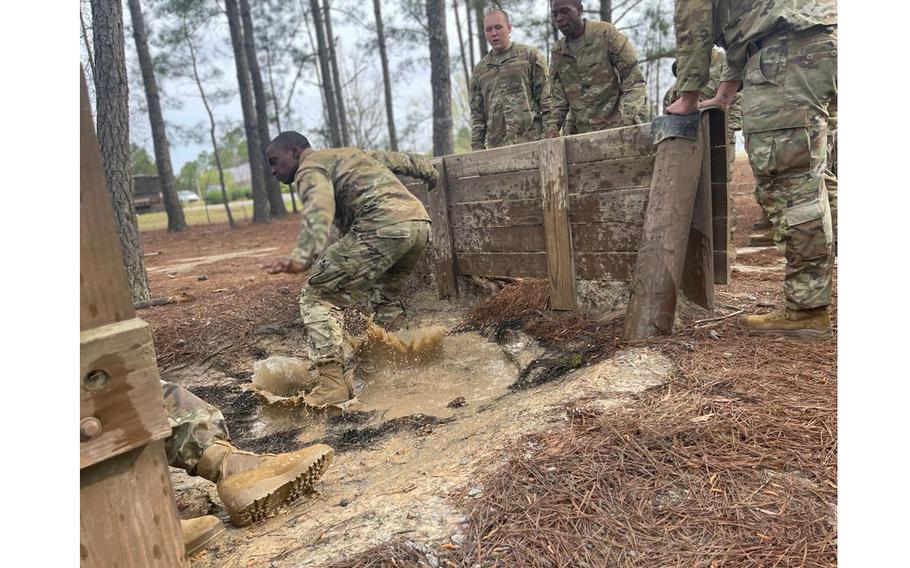 The Army is offering a $35,000 bonus to new recruits willing to sign a four-year contract and ship out to boot camp within 45 days as it struggles to quickly fill open training slots.

It is the first time that the service has offered an amount this large for a bonus to any career field, according to Army Recruiting Command.

“Recruiting in the current environment is a challenge, and we have positions we need to fill right now,” said Maj. Gen. Kevin Vereen, who leads the Recruiting Command. “Our Army is counting on us to fill these training vacancies quickly, so we are able to offer incentives to gain interest in critical career fields.”

As of June 14, all career fields had vacancies that qualified for the quick-ship bonus, the Army said. Recruits who joined under the delayed entry program, meaning they’ve enlisted but have delayed their boot camp arrival to July, August or September can renegotiate their contract to receive the bonus and leave sooner.

The Navy and Air Force announced similar quick-ship bonuses in April, as all the services grapple with recruiting in the post coronavirus pandemic job market that has employers in stiff competition for workers.

The Army did not immediately respond to questions Wednesday about how many vacancies it has in basic training or the specific challenges in getting new recruits. However, military officials told Congress in April that the Army, in particular, was behind in recruiting goals, citing the pandemic and tight labor market.

Defense Secretary Lloyd Austin told members of the House Armed Services Committee that recruiting has suffered due to the combination of unemployment below 4%, the decreased amount of people who meet the military’s standards and the difficulties that the pandemic has caused for in-person recruiting in high schools.

“As we combine all of those things, there are headwinds,” he said.

Army Gen. Mark Milley, chairman of the Joint Chiefs of Staff, also spoke at the House hearing and said all services except the Army would likely meet their recruiting goals this year.

The Army’s new quick-ship bonus can be added to other bonuses that are career-field dependent, the service said. Financial incentives are capped at $50,000.