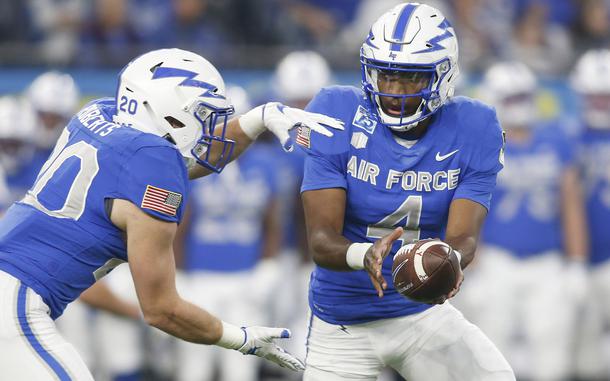 Air Force, Army receive college football bowl invites
The Black Knights (8-3) will take on Missouri on Dec. 22 in the Armed Forces Bowl at Fort Worth. The Falcons (9-3) face Louisville on Dec. 28 in the First Responder Bowl in Dallas. 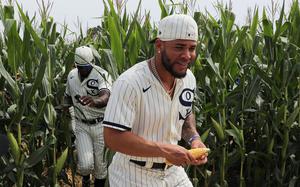 ‘Field of Dreams’ game draws MLB’s highest ratings for regular season contest in 16 years
On Thursday night, the New York Yankees and Chicago White Sox played a game that rivaled Hollywood fairy tales. It was the first official MLB game played in Iowa, in a ballpark built among the Dyersville’s corn fields where the iconic 1989 movie “Field of Dreams” was shot. Navy junior Joseph ‘JC’ Hermus named College Sailor of the Year: ‘He is always testing boundaries’
JC Hermus has lived up to his billing and then some, earning All-America status all three seasons he’s competed for the Midshipmen. Now the Long Island native has etched his name into Navy intercollegiate sailing history.

Army bobsledders are among ‘deep talent pool’ headed for Winter Olympics in Beijing
Two soldiers are among the 12 athletes named to the U.S. Bobsled team.

Coronavirus risk calculations get harder as a study suggests rapid tests may be less effective at detecting omicron
The finding is the latest complication for anyone trying to strike a common-sense balance between being vigilant and returning to normalcy as the country approaches the third year of the pandemic.

As tensions simmer over Taiwan, global semiconductor chip supply hangs in the balance
After a year of shortages, the prospect of yet another interruption to the chip supply likely is enough to make Detroit's automakers and their foreign rivals shudder. Taiwan produces 65% of all chips globally and is home to the largest semiconductor company in the world, Taiwan Semiconductor Manufacturing Company.

Air Force Marathon at Wright-Patterson cancelled as coronavirus cases rise
More than 11,000 runners had registered to run the race, which was first held 25 years ago. This year, the marathon was due to be held on Sept. 18, the Air Force’s 74th anniversary.

Active-duty sailor and former Naval Academy baseball player Charlie Connolly remains unsigned after being drafted by the Los Angeles Dodgers
Charlie Connolly was a 20th round selection of the Los Angeles Dodgers in the Major League Baseball draft held earlier this month. He was taken on July 13 with the last pick (612th overall) of the final round.

Coast Guard endurance athlete raises money for clean water, one mile at a time
Coast Guard Lt. j.g. Katie Spotz recently ran 341 miles across the state of Ohio in 11 days. But she is not just running for her own fitness. To date, Spotz has raised over $300,000 for clean water initiatives and had an impact on 25,000 lives through her activism.

Active-duty sailor and former Naval Academy baseball player Charlie Connolly drafted by Los Angeles Dodgers
Charlie Connolly, who commissioned as a surface warfare officer, is scheduled to report to the USS Russell, an Arleigh Burke-class destroyer based in San Diego, at some point in November.

FBI rules out threat to All-Star Game after police make arrests at hotel near stadium
Federal authorities said Sunday that there is no reason to suspect terrorism or a threat directed at Major League Baseball’s All-Star Game after three men were arrested Friday in an illegal-weapons probe at a hotel blocks from the stadium hosting the event.
More U.S. news