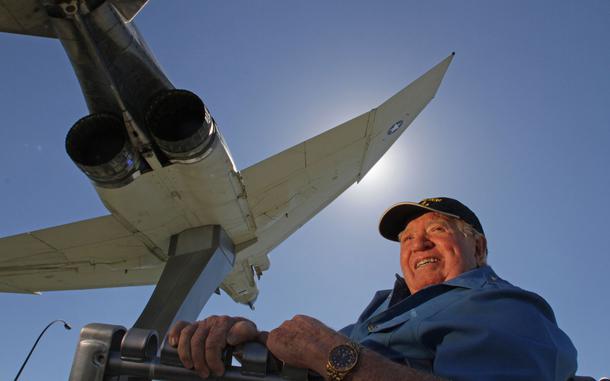 ‘A spaceman before we had spacemen’: Air Force veteran Joe Kittinger dies at 94
On Aug. 16, 1960, the red-headed Joe Kittinger, then 32 and an Air Force captain, stunned the world when he rode in a gondola tethered to a helium balloon to a height of 102,800 feet, roughly 19 miles above the Earth, and then jumped. 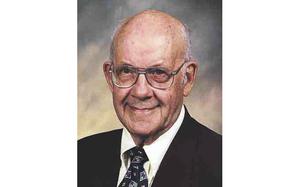 WWII vet who escaped Nazi POW camp dies at 101
World War II veteran Joseph Rodney “Rod” Chapman, who spent nearly eight months in a German prisoners of war camp during the war before escaping, died of natural causes. He was 101. 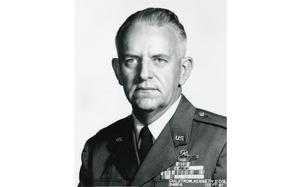 US Medal of Honor recipient Hiroshi Miyamura dies at 97 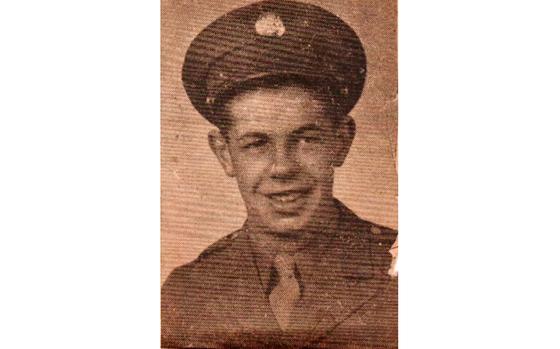 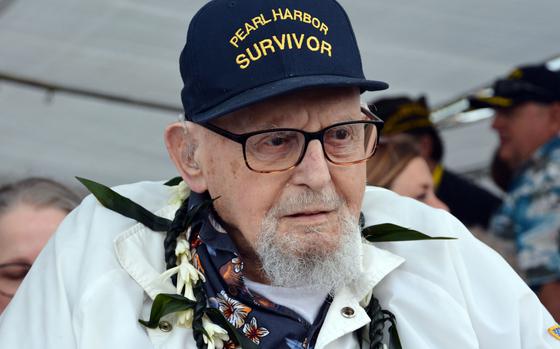 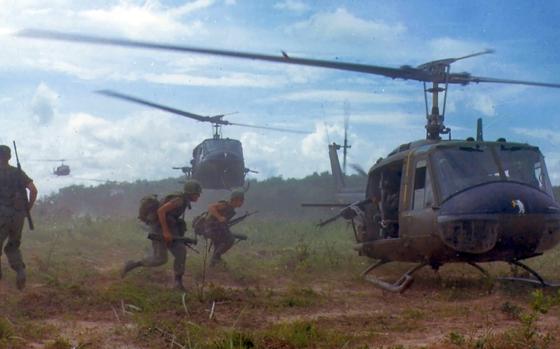 William Hammond, Army historian of Vietnam War, dies at 79
William M. Hammond, an official Army historian who challenged the belief among some in the military brass that negative press coverage of the Vietnam War — not flawed policy and rising casualty rates — eroded public support for the conflict, died Nov. 27 at his home in Silver Spring, Md. He was 79. 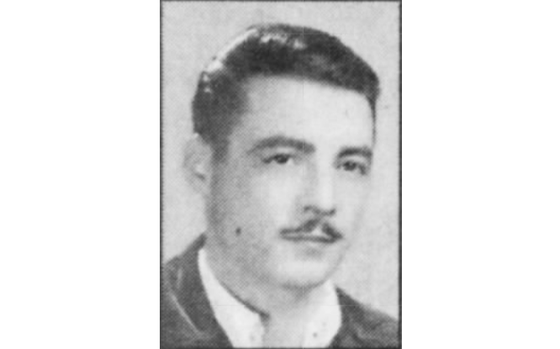 Decades later, after the Navy solved ID mysteries, Illinois veterans’ remains come home from Pearl Harbor
Keith Tipsword, who was aboard the USS West Virginia at Pearl Harbor, is among dozens of Pearl Harbor veterans who have been identified and brought home to be reburied with loved ones. 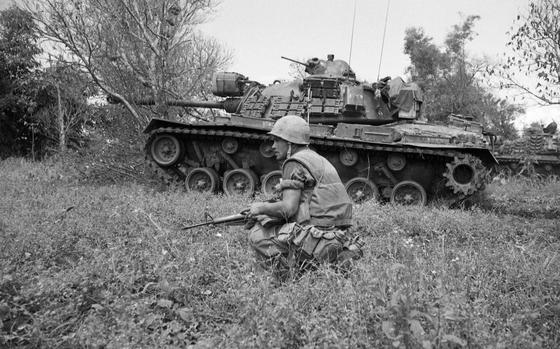 George Herring, scholar of US diplomacy and Vietnam War, dies at 86
George C. Herring, a veteran and scholar of U.S. foreign relations who wrote a seminal history of the Vietnam War, crystallizing for generations of readers the reasons the United States entered the conflict and the lessons with which it was left, died Nov. 30 at his home in Lexington, K.Y. 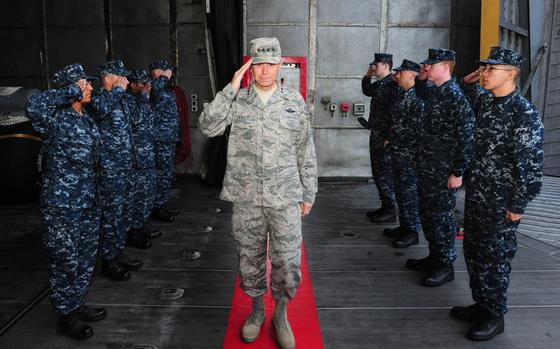 Lawmakers press Pentagon for answers about veterans’ foreign jobs
Members of Congress said they were alarmed by a Washington Post investigation that revealed hundreds of retired U.S. military personnel have taken high-paying jobs as contractors and consultants for foreign governments, mostly in countries known for political repression. 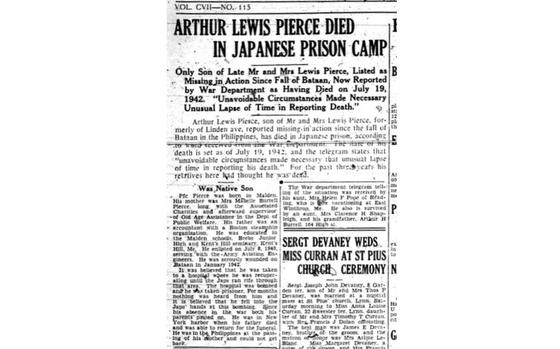 Remains of Massachusetts soldier who died in WWII Japanese POW camp identified
Army Pfc. Arthur L. Pierce, 26, was a member of the 803rd Engineer Battalion involved in fighting on the Bataan peninsula in 1942. 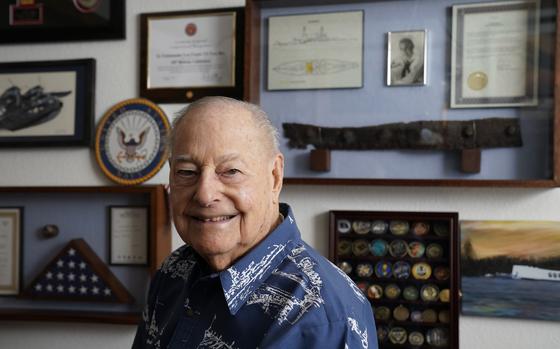 USS Arizona survivor: Honor those killed at Pearl Harbor
USS Arizona sailor Lou Conter lived through the Japanese attack on Pearl Harbor, though his battleship exploded and sank, and is called a hero. He rejects the characterization: “The 2,403 men that died are the heroes.” 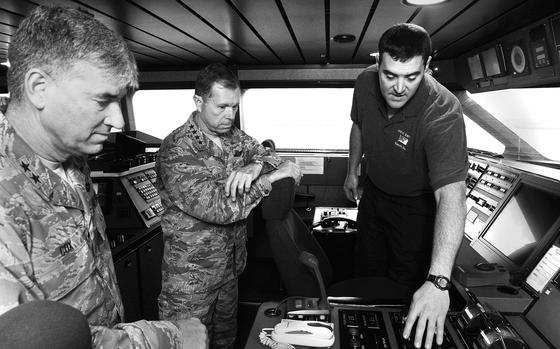 Fearing scandal, Air Force blocked generals' foreign consulting deals
The two generals oversaw key U.S. supply routes through Azerbaijan and later negotiated deals there to earn as much as $5,000 a day in retirement. 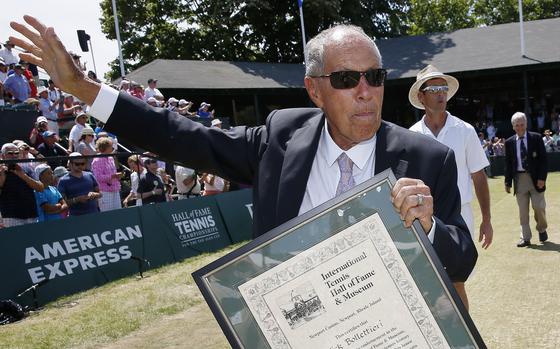 Nick Bollettieri, Army paratrooper, coach to many tennis stars, dead at age 91
Nick Bollettieri, the Hall of Fame tennis coach and former Army paratrooper who worked with some of the sport's biggest stars, including Andre Agassi and Monica Seles, and founded an academy that revolutionized the development of young athletes, has died.
More Veterans news