‘We don’t have food’: African leaders meet as crises grow
Djibo, a city in Burkina Faso’s Sahel region, has been besieged since February by jihadists who prevent people and goods from moving in or out and have cut water supplies. Residents are suffering with no food or water, animals are dying and the price of grain has spiked. 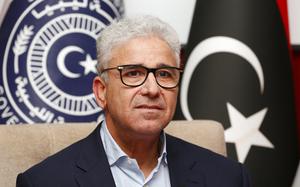 Rival Libya leader says he has no plans to rule from Tripoli
Prime Minister Fathi Bashagha says his government will work from its headquarters in Sirte, a city on the Mediterranean coast about halfway between the country's east and west. 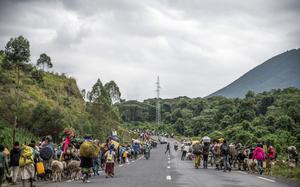 For new Somalia government, al-Shabab a threat to authority

African scientists baffled by monkeypox cases in Europe, US

Britain, Rwanda defend asylum-seekers plan at UN agencies
Britain and Rwanda are confronting two U.N. agencies that have sharply criticized their controversial plan in which Britain expects to send some asylum-seekers from the U.K. to the African country.

Clashes break out in Tripoli, drive away rival Libyan prime minister
An attempt by one of Libya’s rival prime ministers to seat his government in the capital of Tripoli triggered clashes Tuesday between competing militias, forcing the newly appointed premier to leave the city.

Reversing Trump, Biden acts to deploy US troops to Somalia
The order also grants the Pentagon greater authority to carry out airstrikes in the country against about a dozen leaders of an al-Qaida-aligned militant group.

Somalia reelects president, 5 years after he was voted out
Hassan Sheikh Mohamud, who served as Somali president between 2012 and 2017, won the contest in the capital, Mogadishu, amid a security lockdown imposed by authorities to prevent deadly militant attacks.

Senegal sees opportunity and ‘hypocrisy’ in Europe’s search for gas
Only months ago, world leaders pledged to stop financing new fossil fuel projects around the globe in a “historic” move against climate change. Now some of those leaders, desperate for energy as Russian flows dwindle, are turning to African nations with burgeoning reserves of oil and natural gas.

US weapon stockpiles worry some lawmakers as Ukraine war rages on
Shipments to Ukraine of weapons such as Javelin anti-tank missiles and Stinger anti-aircraft missiles have cut into the Pentagon’s inventory by about one-third, according to estimates by some lawmakers and experts during a Senate Armed Services Committee hearing.

US clears $1 billion deal to furnish Nigeria with attack helicopters, compliance training
US attack helicopters and related gear worth nearly $1 billion has been approved for sale to Nigeria, the US State Department announced, saying the deal will bolster security in a region facing threats from multiple extremist groups.
More Africa news