Names released in fatal shooting near Space Force station
Authorities have released the names of a police officer and security guard who fired at a man who died near the New Boston Space Force Station earlier this month. 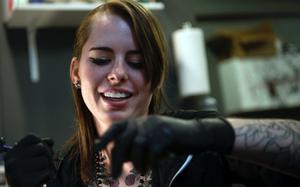 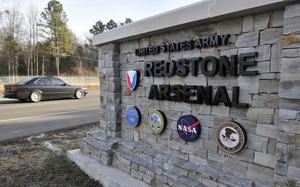 Alabama senator: Colorado’s ‘sore loser syndrome’ in the way of Space Command’s move
U.S. Sen. Tommy Tuberville of Alabama called on leaders to “embrace” the Air Force’s decision and that energy moving forward should focus on the relocation of Space Command from its startup home in Colorado Springs.

Lawmakers fight to keep US Space Command in Colorado Springs

Space Force to launch its first guardians-only basic training in May
Space Force is set to train its new recruits separately from the Air Force for the first time next month when it launches its inaugural guardians-only Basic Military Training class, service officials said Tuesday.

Vice President Harris says US will halt tests of anti-satellite missiles
The Biden administration announced Monday it is barring anti-satellite missile testing by the United States, a move that White House officials say is meant to underscore its hopes of establishing new norms for military action in space.

Chief architect officer for Air Force exits, saying US is at risk of losing tech edge
Preston Dunlap, who handed in his resignation on Monday after three years in the post at the U.S. Space Force and U.S. Air Force, was responsible for pushing more technology into a $70 billion budget for research, development and acquisition.

Chinese and Russian ambitions in space pose threat, Pentagon warns
A new report issued by the Defense Intelligence Agency, “Challenges to Security in Space,” notes that China and Russia have increased their space assets by nearly 70 percent over the past two years. This follows a period between 2015 and 2018 when their inventories doubled.

Air Force opens up checkbook in quest to keep sought-after pilots from private sector
The service is promising some aviators up to $420,000 over 12 years, according to a 2022 bonus program document released Monday.

Russia’s Ukraine invasion has escalated a brewing battle over space
Friction with the Kremlin, most recently aggravated by Russia’s invasion of Ukraine, has seeped into space, exacerbating tensions over the rules of behavior there and halting negotiations over space weapons at a time when the battlegrounds of war are moving to the edges of Earth’s atmosphere.

Space Force budget requests more money to add guardians and keep pace with Chinese advances
The service’s budget proposal is about $7 billion more than last year’s request and marks the first year that the Space Force will maintain its own personnel accounts.
More Space Force news