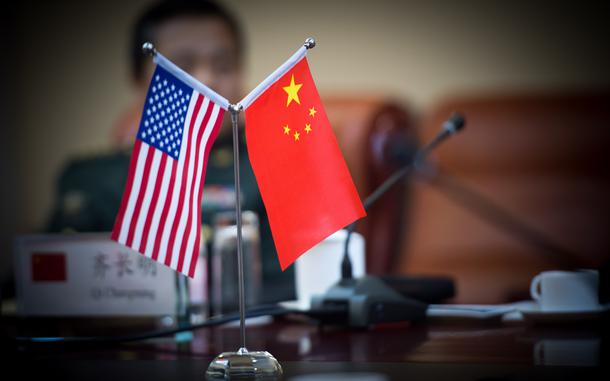 The focus on an apolitical US military misses the larger point
Restoring healthy civil-military relations is vital after recent turbulence. Yet this should not occur at the expense of ignoring the Pentagon’s role as a powerful interest group.
The South Caucasus: A chance for America to prove it’s back
One year ago, the war between Armenia and Azerbaijan ended with a cease-fire brokered by Russian President Vladimir Putin. In Azerbaijan’s capital, Baku, on the one-year anniversary I saw Azerbaijanis celebrating, waving flags, blowing car horns along the boulevard that runs along the Caspian.
Don’t let foreign countries control America’s titanium supply
In September 2010, a Chinese trawler collided with Japanese patrol boats in the East China Sea, a region claimed by both countries. In the wake of the accident, China, which owns 97% of the world’s rare earth sources, cut off rare-earth sales to Japan. Prices for Japanese-made electronics, which utilize rare earths, soared. Trade of these vital rare earths did not return to normal for five years.

How US-China ‘competition’ could lead both countries to disaster

How to fight substance misuse in the military community

Reach out and act to help heal hidden wounds of war
Post-traumatic stress can happen to anyone and impacts Americans of all ages, genders and backgrounds. For our active-duty service members, veterans and their families, it is all too common. According to the Department of Veterans Affairs, 20% of those who served in Operation Iraqi Freedom and Enduring Freedom have reported PTS in a given year and our grave reality is that an estimated 20 or more veterans die by suicide every day. That is one almost every 80 minutes.

This sailor asked for help with his struggles. The Navy didn’t give it to him.
Some say the macho, suck-it-up, therapy-is-for-wusses ethos of the military is driving service members to take their own lives.
Ethiopia’s civil war is a problem US troops can help solve
Sending troops to East Africa may not play well in U.S. domestic politics. But three decades ago, the world stood by and watched a brutal civil war unfold in the small African nation of Rwanda. That was shameful. Ethiopia is far larger and more geopolitically important than Rwanda, and Africa is now the fastest-growing continent.
What would Colin Powell have to say about Taiwan?
The Powell doctrine poses two potential challenges regarding U.S. policy and rhetoric regarding Taiwan. First, as has happened too often in the past, the talking shop known as the U.S. foreign policy establishment has been too quick to bare its teeth, advocating military solutions to the political situation on both sides of the Taiwan Straits. Second, it is not clear that U.S. officials are likely to muster the level of public support Powell advocated when posturing for a possible military contest.

Why I chose trucking as a career after military service
Before my time on the road as a trucker, I served in the United States Army. The transition to the trucking industry was a logical one for me. America’s veterans are trained to be the best, whether it’s working in the field or at a field office. As we commemorate Veterans Day this year, it’s important to remember that trucking companies are actively seeking to hire more skilled veterans.
Why post-service veterans thrive in the construction industry
For many veterans, adjusting to life outside of the military is challenging: Nearly half of post-9/11 veterans report difficulty in transitioning to civil life, with 32% describing the transition as “somewhat” difficult and 16% identifying it as “very” difficult. That a full 5% of these new civilians find comfort in construction speaks volumes about the industry’s potential to support our nation’s veterans in the next stage of their careers.
Anniversary of Armenia-Azerbaijan cease-fire an opportunity to reinvigorate US engagement in the South Caucasus
Now is the time for the U.S. to make its presence felt again. If “America is back,” as President Joe Biden has proclaimed, his administration should reinvigorate U.S. efforts in the South Caucasus on the conflict’s anniversary.

Honor veterans: Repeal the Iraq War Authorization
There are three reasons the Senate should vote to repeal this outdated law: it’s good for veterans, it’s good for the country, and it’s achievable.

Putin offers false comfort to Western conservatives
Running Russia as a near-absolute monarch was never enough for Russian President Vladimir Putin. The story of his 21-year rule is equally about trying to formulate Russia’s proposition to the rest of the world - a kind of national brand message, something that was lost when the Soviet Union ceased to be the global purveyor of the far-left ideal.