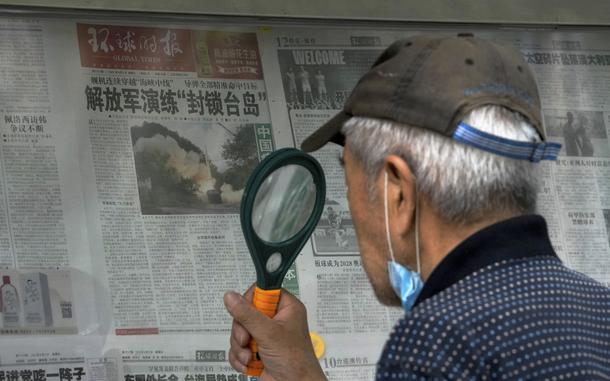 China keeps up pressure on Taiwan with 4th day of drills
The People's Liberation Army said the exercises focused on testing its long-range air and ground strikes. It did not say if it will continue the drills after Sunday. 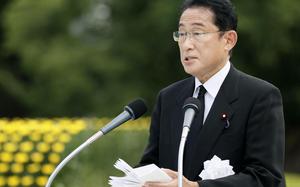 Kishida plans ‘large-scale’ reshuffle of Cabinet
Prime Minister Fumio Kishida, who is also president of the Liberal Democratic Party, has resolved to reshuffle his Cabinet and appoint new party executives this week, he said at a press conference in Hiroshima on Saturday. He is expected to make the new appointments on Wednesday.

Hiroshima vows nuke ban at 77th memorial amid Russia threat
Hiroshima on Saturday remembered the atomic bombing 77 years ago as officials, including the head of the United Nations, warned against nuclear weapons buildup and as fears grow of another such attack amid Russia's war on Ukraine.

From the one-China policy to the Taiwan Relations Act, here’s what you need to know

Navy won’t back away from Taiwan in wake of Chinese belligerence, White House says

Blinken vows to stand by Philippines amid China tensions
The Philippines has locked horns with China over the past few years over Beijing's increasing presence in the resource-rich South China Sea.

Blinken: China military drills are 'significant escalation'
US Secretary of State Antony Blinken said Friday that China's military exercises aimed at Taiwan, including missiles fired into Japan's exclusive economic zone, represent a "significant escalation" and that he has urged Beijing to back down.

Ships delay sailing to key Taiwan port to avoid China drill zone
Ship owners are worried about the possibility of missiles hitting their vessels, choosing to idle vessels and burn extra fuel until the drills pass.

Only in Japan: Super Nintendo World offers a one-of-a-kind experience, until 2023
A unique, magical world based on the classic Super Mario World game franchise awaits at Universal Studios Japan.

Immerse yourself in ramen at a Japanese museum of the noodle
The Shin-Yokohama Ramen Museum is more than just a museum. It is a food-themed, three-floor indoor experience where guests can shop for vintage treats or make their own noodles.

China cuts off vital US contacts over Pelosi Taiwan visit
China says it is cutting off dialogue with the U.S. on a range of vital issues from climate change to military relations and anti-narcotics efforts in retaliation for a visit this week to Taiwan by U.S. House Speaker Nancy Pelosi.

China military drills are ‘significant escalation,’ Blinken says
China launched the drills following a visit by U.S. House Speaker Nancy Pelosi to Taiwan that infuriated Beijing, which claims the self-governed island as its own territory.

Craftsmen are restoring a rare ‘Myrt’ Japanese warplane, one of only two known to exist
A military aircraft buff is leading the restoration of a rare example of the last Japanese warplane downed during World War II.

US, Russia, China take part in talks with SE Asian nations
U.S. Secretary of State Antony Blinken joined the foreign ministers of Russia and China at a meeting Friday with top diplomats from Southeast Asia that comes at a time of increased tensions between Washington, Moscow and Beijing.
More Asia-Pacific news