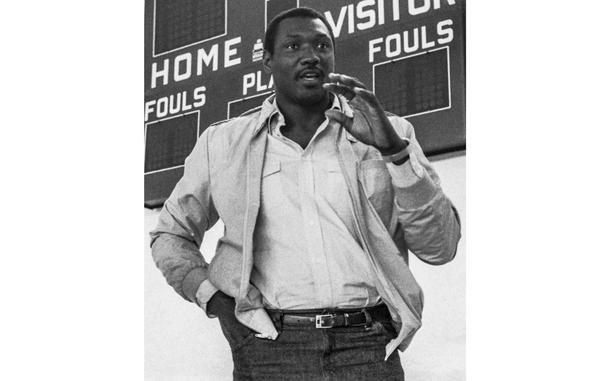 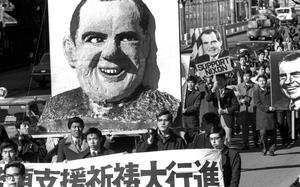 Showing support for Nixon in Tokyo, 1974
Tokyo, January 1974: Hundreds of Japanese Christians bearing signs and a huge effigy of Richard M. Nixon march from Meiji Park to the U.S. Embassy in a show of support for the United States and its beleaguered (by the Watergate scandal) president.
‘Buried at sea’: Navy changes status of 13 sailors killed in sinking of USS Indianapolis
The Navy has finally resolved the fates of 13 sailors aboard the USS Indianapolis that was sunk in WWII.

Where did Memorial Day start? Here’s a look at the origins of the holiday

New names recommended for 9 Army bases that honor Confederates
The nine bases are all in former Confederate states and were named during the 1910s and 1940s amid the South’s Jim Crow era.

The most audacious Confederate spies — and how they got away with it
Because Wall of Spies Experience in Bethesda, Md., is closed to the public, the National Counterintelligence and Security Center has slowly been bringing the museum online for all to see. Its newest exhibit, which went live last week, focuses on spies during the American Civil War

Bomb-damaged tailor shop, 1965
Saigon, December 1965: A truck bomb that heavily damaged the Metropole Hotel, a bachelor enlisted men’s quarters for the U.S. military in downtown Saigon, left an eerie footnote in the sign of the Bombay tailor shop. Eight Vietnamese, one U.S. Marine and a soldier from New Zealand were killed in the early morning blast that also injured more than 175 people, including 72 Americans.

This soldier fought for Finland, Nazi Germany and US Special Forces
As Finland seeks to join NATO, Lauri Törni embodies all its foreign policy contradictions and entanglements with his improbable story of fighting for three countries — largely to resist Russian aggression.