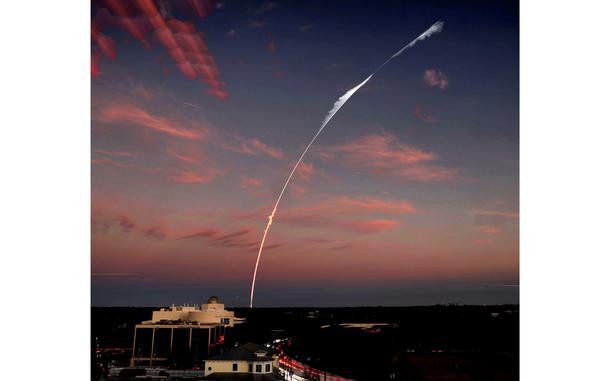 Space launches vs. cruise lines: Coast Guard concludes investigation into Royal Caribbean ship
One of the world’s largest cruise ships ran afoul of SpaceX earlier this year when Royal Caribbean’s Harmony of the Seas wandered into waters it was supposed to avoid because of a launch attempt. 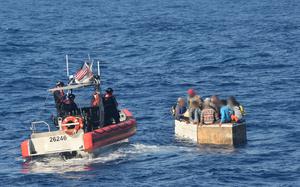 Coast Guard rescues 5 from sailboat in Gulf of Mexico

Coast Guard assists in rescue of missing mariners in Micronesia
The Coast Guard and its partner agencies searched a combined 9,521 miles since Saturday and rescued Tuesday five adults and one child aboard a 19-foot vessel near Etal Atoll in Chuuk, Federated States of Micronesia.

As sea crossings by Haitian and Cuban migrants increase, so do US Coast Guard patrols
The white speck appears on the radar screen, bobbing in the surf far below as the waves crash into one another in the deep blue waters of the Florida Straits. A U.S. Coast Guard aviation electronics technician, manning the screen, leans forward for a closer look while cameras from the HC-144 turboprop airplane zero in.

Coast Guard calls off search for man who jumped off cruise ship
The U.S. Coast Guard is suspending its search for a person who was said to have jumped off Carnival Cruise Line’s Mardi Gras cruise ship Saturday morning on the way back to Port Canaveral.

82 Haitian and Cuban migrants handed over to Bahamian authorities, Coast Guard says
The Florida Keys-based Coast Guard crew handed over 67 Haitians and 15 Cubans to the Royal Bahamian Defence Force on Friday after they were detained near Anguilla Cay — over 100 miles southwest of Key West — in two separate stops, the Coast Guard told the Herald in a news release.

Cargo ship stuck in Chesapeake Bay for more than a month is free
Ever Forward ran aground in shallow waters after leaving the Baltimore port on March 13. It was freed Sunday morning.

As Haitian migration routes change, compassion is tested in Florida Keys
Although the Florida Keys have been an entry point for refugees fleeing communist Cuba since the 1960s, officials say the influx of migrants by boat represents a shift in migration patterns. Since the start of the year, more than 800 Haitians have landed in the Florida Keys.

Crew of US Navy ship assists in drug bust off Africa valued at $350M
Seven people were arrested and about 13,228 pounds of suspected cocaine was seized in the April 1 bust, during which the Brazilian-flagged vessel was boarded and inspected, Africa Command said.