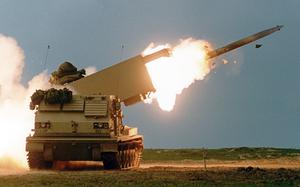 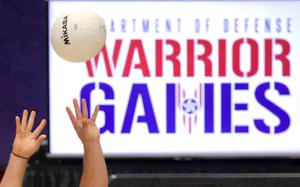 Warrior Games in Orlando: A showcase of injured military members’ strength, skill and grit
The Department of Defense Warrior Games, which started in 2010, is coming to Walt Disney World’s ESPN Wide World of Sports Complex, drawing active duty and veteran military service members from around the country.

Camp Pendleton Marine killed in Kabul honored with posthumous medal at Disneyland
On Aug. 8, a posthumous medal — commemorating Lance Cpl. Dylan Merola for his actions on Aug. 26 while standing guard at Kabul’s airport in Afghanistan — was presented to his family during Disneyland’s somber Flag Retreat Ceremony.

Recruit’s training death was ‘avoidable,’ Marines say; charges could be brought against drill instructor
A report places the blame for the death of the Dalton Beals, 19, on training and leadership failures, including company commanders, but particularly cites the role of the Crucible team leader, a senior drill instructor whose name is redacted.

Netflix’s ‘Purple Hearts,’ partially filmed at Camp Pendleton, wins praise from romance fans
Based on a novel of the same name, “Purple Hearts” revolves around Cassie Salazar, a struggling singer with Type 1 diabetes who can’t afford insulin, and Luke Morrow, a Marine who needs to pay off a drug dealer.

Japan-based Marine says separation order for vaccine refusal is ‘unlawful’
A Marine in Japan who refused a COVID-19 vaccine is being court-martialed for missing two flights to the United States to be discharged.

Marine COVID survivor on the mend and running course after double lung transplant
One day in early 2021, Robert Domen was a fit U.S. Marine pursuing his love of running. Two months later, Domen was fighting for his life.