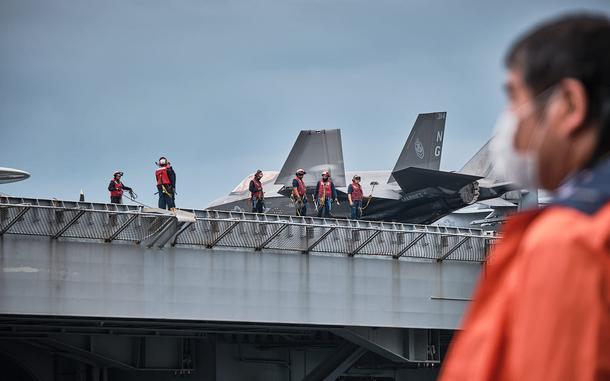 USS Abraham Lincoln arrives in Japan for port call ahead of presidential visit
The Lincoln, on patrol since leaving San Diego on Jan. 3, is making a port call for ship-board maintenance and to provide the crew some downtime. 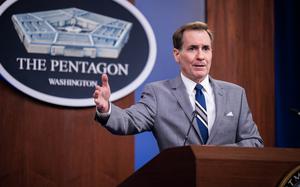 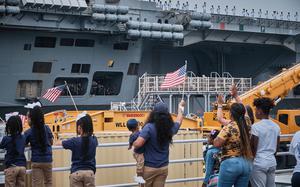 USS Ronald Reagan departs Japan for a routine mission in a complicated region
Approximately 120 people – sailors and family members – gathered pierside and waved goodbye to those aboard the massive warship.

Navy ship to be named for Filipino sailor Telesforo Trinidad

USS Gravely in the Baltics: Joining fun with Ukrainian children while bolstering NATO allies
Operating 1,000 miles as the crow flies from the USS Harry S. Truman carrier strike group, of which the USS Gravely is part, its Norfolk-based crew is carrying out the group’s mission: bolstering NATO’s eastern flank.

Naval Academy rounds out year with grueling Sea Trials, Herndon Monument climb, celebratory Commissioning Week
After two years of pandemic restrictions, the academy is back to a full slate of year-end activities. As in pre-pandemic times, some events are open to the public, others are for Midshipmen and families only.

Airsoft shooter at US military base in Italy receives discharge from Navy
A probe led by the Naval Criminal Investigative Service found that the unidentified 22-year-old seaman shot at or near a group of adolescents with an airsoft rifle from the balcony of his on-base housing.

Man sentenced in slaying aboard retired Navy training ship
A jury found Reginald Grasty guilty of first-degree premeditated murder in the 2020 slaying of William Orlow aboard the retired Navy ship Grayfox, about 68 miles northeast of Detroit.

20 years since Navy ship sunk for artificial reef in Florida Keys
The 510-foot-long Spiegel Grove earned international notoriety when it sank prematurely May 17, 2002, and landed with its upside-down bow protruding above the ocean's surface about 6 miles off Key Largo.
More Navy news