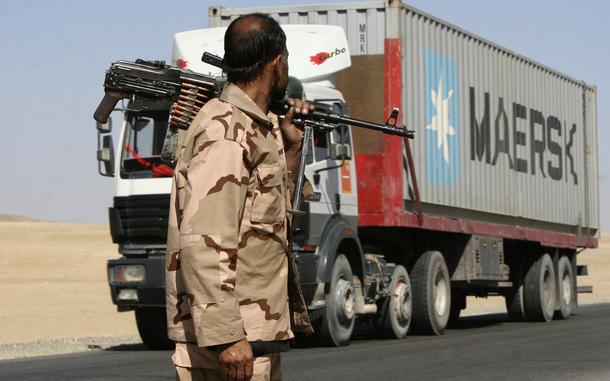 Study: Pentagon reliance on contractors hurt US in 9/11 wars
Up to half of the $14 trillion spent by the Pentagon since 9/11 went to for-profit defense contractors, a study released Monday found. 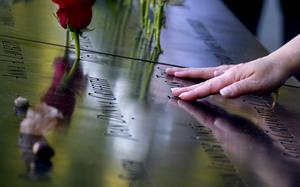 Ceremony honors first responders lost in years since 9/11
The foundation holds an annual 5K run and walk that retraces Stephen Siller's footsteps. The event, which raises money for wounded veterans and families of fallen first responders, was canceled last year due to the COVID-19 pandemic. 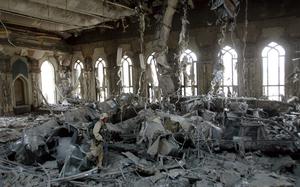 Death and suffering in Iraq a painful legacy of 9/11 attacks
After decades of conflict, Iraq today has a relatively stable government, and the car bombings, suicide attacks and death squads have subsided. But the economy is in tatters, its infrastructure is crumbling and corruption is rampant. The government, with its fractious politics, is unable to control the dozens of powerful Iran-backed militias that wield enormous control.

After 9/11, a rush of national unity. Then quickly, more and new divisions

'Don't focus on hate': World marks 20th anniversary of 9/11
The 9/11 anniversary commemoration at ground zero began Saturday with a tolling bell and a moment of silence, exactly 20 years after the start of the deadliest terror attack on U.S. soil.

Biden marks 9/11 anniversary with tribute, call for unity
For President Joe Biden, like his predecessors, the 9/11 anniversary can also present an opportunity to try to reclaim the sense of national unity that followed the attacks, a spirt long since faded amid the country’s divisive politics.

Americans less positive about civil liberties, poll shows
Ten years after the 9/11 attacks, Americans were reasonably positive about the state of their rights and liberties. Today, after 20 years, not as much.

‘The pain never goes away’: Americans in Germany mark 20th anniversary of 9/11 attacks
At ceremonies at Ramstein Air Base, Daenner Kaserne in Kaiserslautern and Clay Kaserne in Wiesbaden, scores of people remembered those who died when hijacked planes crashed into the Twin Towers in New York, the Pentagon in Arlington, Va. and a field near Shanksville, Pa.

‘Resilience’: Pentagon workers commemorate the 9/11 attack on the complex that killed 125 DOD employees
Hundreds of Pentagon employees gathered Friday in the center courtyard at the headquarters of the Defense Department to pay tribute to 125 of their colleagues who died at the building on 9/11.

'Life just changed': Service academy athletes, ex-coach recall 9/11
For those in charge of the young athletes at the nation's three service academies, memories of the 2001 terrorist attacks are tinged with sadness, anger and, above all, immense pride in watching their players realize that their mission to protect their country had suddenly been put front and center.

National Guard transformed to front-line warriors by 9/11 attacks
The force of 440,000 soldiers and aviators — once seen by some as “weekend warriors” because of their requirement to drill one weekend a month — is now a seamless part of U.S. military missions, according to the Guard’s top uniformed officer.

A generation shaped by 9/11: Stories of Americans inspired to serve
In the 20 years since the attacks, some of those service members deployed to Iraq or Afghanistan multiple times. Some of the troops concluded their service and used the GI Bill to finish college, while others made a career out of the military. Their lives, and the lives of their families, were shaped by 9/11.

From 9/11's ashes, a new world took shape. It did not last.
In the ghastly rubble of ground zero's fallen towers 20 years ago, Hour Zero arrived, a chance to start anew.

What did California lose in the war on terror? More than any other state in the US
No state has lost as many as California; 776 men and women who called the Golden State home have died, 11% of the nation’s casualties. Nearly 20% of California’s war dead were old enough to die for their country but too young to buy a drink. They left behind 453 children.
More 9/11 20 Years Later news