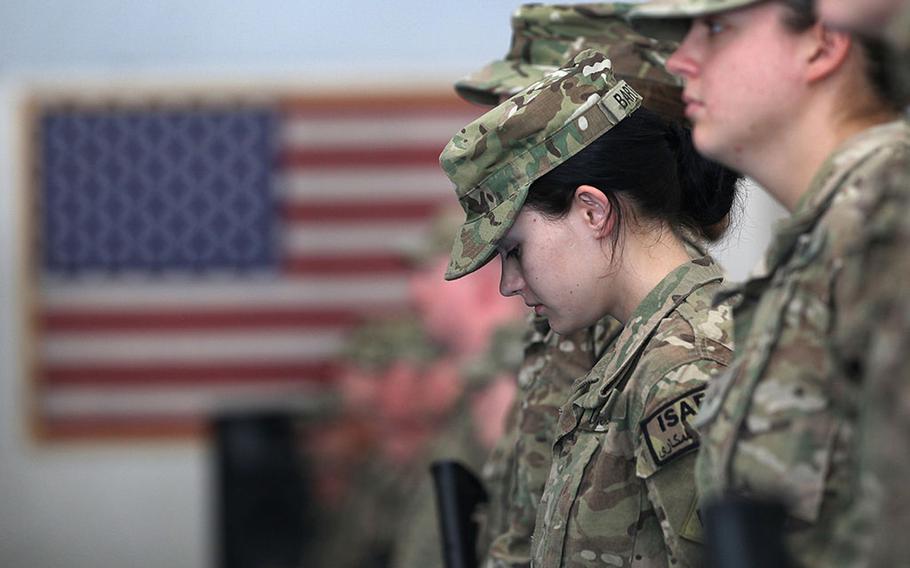 (Tribune News Service) — Twenty years after the Sept. 11 terrorist attacks, no military service has undergone more of a transformation than the U.S. National Guard.

The force of 440,000 soldiers and aviators — once seen by some as “weekend warriors” because of their requirement to drill one weekend a month — is now a seamless part of U.S. military missions, according to the Guard’s top uniformed officer.

“Everybody now who comes into the Guard today expects to be deployed,” Army General Dan Hokanson said in an interview this week after visiting the 9/11 Memorial in New York and Flight 93’s final resting ground near Shanksville, Pa.

The notion of a weekend warrior guard is “completely gone” amid consistent mobilizations for natural disasters, domestic civil disturbances, southwest border protection and overseas operations, Hokanson said. That new reality “is all they’ve known,” according to the Guard chief, who was a major with an aviation medical evacuation unit in Oregon on the day of the attacks.

“What our nation asked of the Guard after” 9/11 “was something that had not been asked of it” since World War II, Hokanson said. The Army National Guard now comprises about 39% of the U.S. Army’s operational forces, consuming 10% of its budget, while the Air Guard is 30% of the operational Air Force, accounting for 8% of that service’s budget, he said.

In the past year, Guard members have flown F-16 jets with allied forces in Morocco as part of Operation African Lion, supported a multinational force in Egypt’s Sinai peninsula and provided medical services to troops in Lithuania.

Of the approximately 800,000 American service personnel who served in the Afghanistan conflict, as many as 247,000 were National Guard members. That war saw 247 Guard members killed in action, about 10% of the 2,461 service members lost.

The Guard has become even more essential in domestic crises, from the Jan. 6 assault on the U.S. Capitol to helping communities devastated by natural disasters. The day before his 9/11 site visits, Hokanson visited troops in Louisiana, where abut 8,000 National Guard members from 14 states were on the ground helping people recover from Hurricane Ida.

The September 11 attacks and the changes they wrought “brought more awareness to anybody that wears the uniform,” said Sergeant First Class Keith Rummell, 58, a Pennsylvania-based helicopter aviation maintenance specialist who’s been in the Army Guard since 1987.

“You can’t go anywhere without someone saying ‘thank you for your service,’” Rummell, who returned in May from a yearlong Kuwait deployment, said in an interview at the Shanksville memorial. But “our mission is more than just being overseas,” he added. “It’s being in Washington, D.C., it’s floods, it’s snowstorms, it’s a lot. Whenever we are called up we are put into motion,” he said.

Rummell was one of many first responders on Sept. 11, driving his Hummer hurriedly to the site of United Flight 93’s crash, after passengers rushed the cockpit to overwhelm the hijackers on a plane that officials say was headed for the Capitol or the White House.

“We saw the smoke and the big hole in the ground,” he said.

The Guard has become such an essential part of America’s domestic and international crisis response that part of Hokanson’s job now includes monitoring the wear and tear on a force that historically deployed for shorter periods but now can be sent out for weeks or months at a time.

That’s brought extra scrutiny too. Lawmakers are still investigating the Jan. 6 Capitol riot, with part of their focus on why more Guard members weren’t deployed quickly to rein in the protesters forcing their way into the building as Electoral College votes were counted. Eventually, 25,000 Guard were sent to Washington from every state, bolstering the U.S. Capitol Police well into March before drawing down.

On 9/11, many New Yorkers didn’t immediately realize that the uniformed men and women helping them to safety were Guard members from their community, according to Colonel Sean Flynn, who was at Ground Zero in lower Manhattan 20 years ago.

“Back in those days, the community here in New York City, many of them, didn’t even realize that there was a military presence,” said Flynn, 49, who served in Iraq, Afghanistan and Kuwait is now commander of the 27th Infantry Brigade Combat Team in Syracuse.

Flynn spoke in the shadow of the Survivor Tree, the severely damaged Callery pear tree discovered at Ground Zero after the attack, with snapped roots and burnt and broken branches, that was nursed back to health. Flynn was on full-time duty with the battalion that day after taking a leave of absence from his employer.

“When we helped them in and out of their apartments they’d often ask, ‘Where did you guys come from?’” he said. “We just came from 25th and Lex — just up the street,” he responded. Now, he said, most people are more aware.