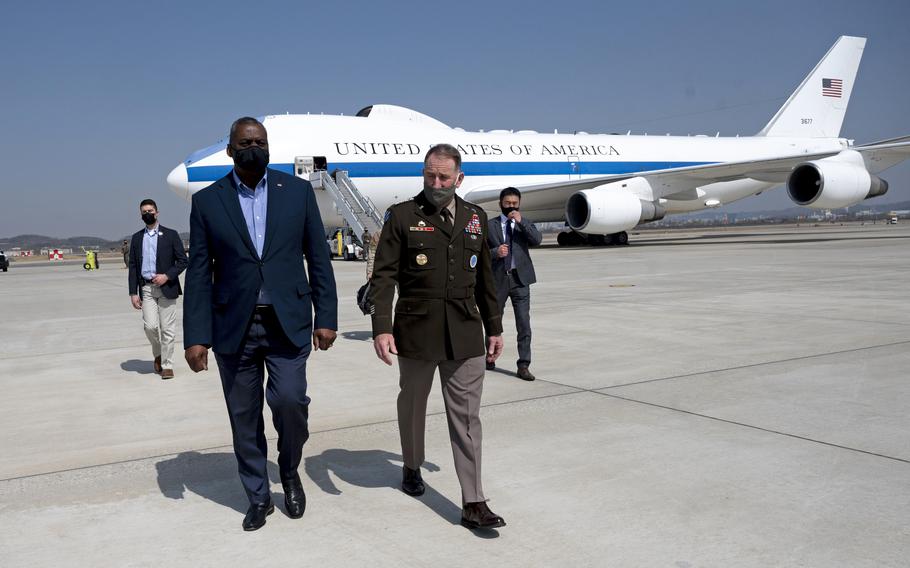 WASHINGTON — Defense Secretary Lloyd Austin has scheduled a trip to the Indo-Pacific region in a move to strengthen relations with key allies in the face of growing influence from regional powers China and North Korea, the Pentagon said Tuesday.

Air Force Brig. Gen. Pat Ryder, the Pentagon’s top spokesman, told reporters that Austin will travel to South Korea and the Philippines in the coming weeks.

Ryder didn’t specify the travel dates, but he said the trip is a calculated move to bolster defense partnerships with both countries.

“This upcoming trip is a reaffirmation of our deep commitment to working in concert with allies and partners to chart our shared vision to preserve a free and open Indo-Pacific,” Ryder said.

The Defense Department, White House and other branches of President Joe Biden’s administration have underscored the importance of supporting U.S. allies in the region — particularly with China continuing to assert control over parts of the South China Sea and North Korea carrying out missile tests. Additionally, Beijing continues to claim ownership of Taiwan and has sought new relationships in the Indo-Pacific.

For example, China caused some alarm last year when it struck a new security agreement with the Solomon Islands, an island nation that lies not far off the coasts of northeast Australia and Papua New Guinea in the South Pacific.

Austin’s trip to the Korean Peninsula and the Philippines follows other actions that the U.S. has taken recently to broaden allied support in the Indo-Pacific. Washington and Seoul, for example, are reportedly planning an extended deterrence exercise next month to counter a possible North Korean nuclear attack.

South Korean defense minister Lee Jong-sup told reporters last week the exercises would take place in February — and both countries will conduct more drills in May. Further, Seoul announced Tuesday that American troops have drilled for the first time with a new South Korean army brigade that tests new warfare concepts and equipment, such as unmanned vehicles.

Austin, who welcomed Lee to the Pentagon for bilateral talks in November, previously visited Seoul in March 2021 and the Philippines in July of that year.