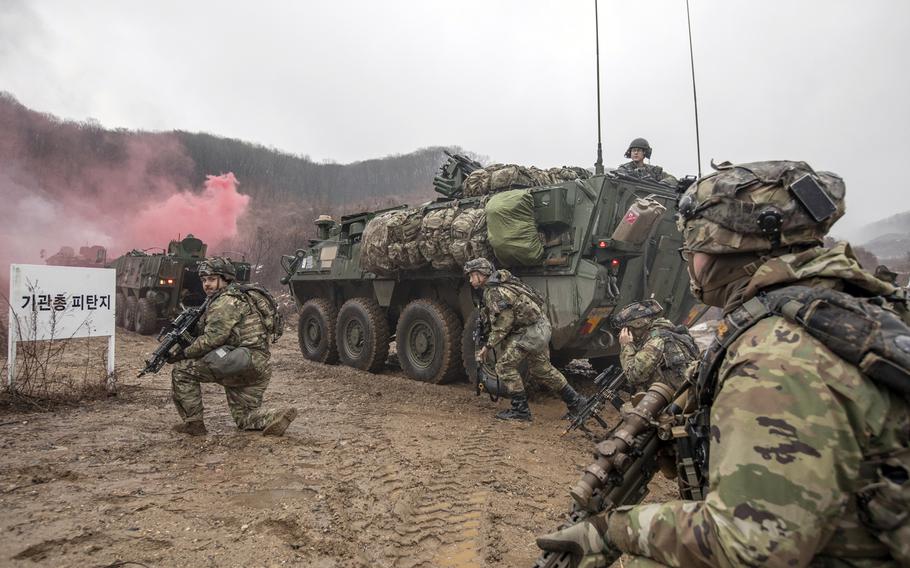 More than 800 soldiers from the U.S. 2nd Infantry Division and the South Korean Tiger Demonstration Brigade wrapped up a two-week exercise on Sunday at the Mugeonri Training Field in Paju, roughly 15 miles north of Seoul, according to a news release Tuesday from the Ministry of National Defense.

The Tiger brigade was established in June to test new warfare concepts and equipment, such as unmanned vehicles, military officials told reporters in Seoul last year.

The brigade was equipped with K808 White Tiger infantry fighting vehicles, surveillance drones and the AT-1K Raybolt antitank guided missile, according to the ministry’s news release. 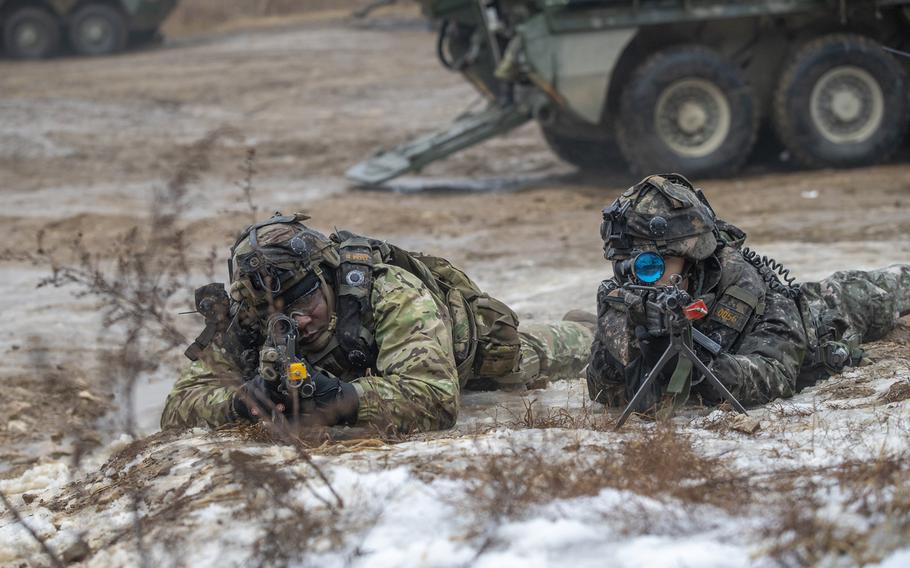 Photos of the exercise released by the ministry showed the Army’s eight-wheeled Stryker vehicles operating in the mountainous terrain.

The joint exercise boosted the “combined fighting power” of the U.S. and South Korea through the sharing of military techniques, South Korean army Lt. Col. Lee Jae Yong, the training commander, said in the release.

According to the ministry, the exercise enhances the South Korea-U.S. military alliance and shares combat skills among the troops amid threats from North Korea.

North Korea tested its first missile of the year on Jan. 1 after firing around 75 missiles on 36 separate days last year.

“In a situation where we are in need of firmer [South Korea]-U.S. joint readiness defense posture due to North Korea’s recent consecutive provocations, this exercise has been planned in order to improve capabilities …,” the National Defense Ministry said.

The exercise was one of many planned by the U.S. and South Korean military this year. The two allied forces may train together in about 20 large-scale drills by June, according to a budget proposal submitted Jan. 11 to South Korean President Yoon Suk Yeol.

“It’s right for South Korea and the United States to cooperate because both of us are exposed to the North Korean nuclear threat,” Yoon said in a report that day by The Associated Press.