War games show US would beat China if it invaded Taiwan, but at a great cost 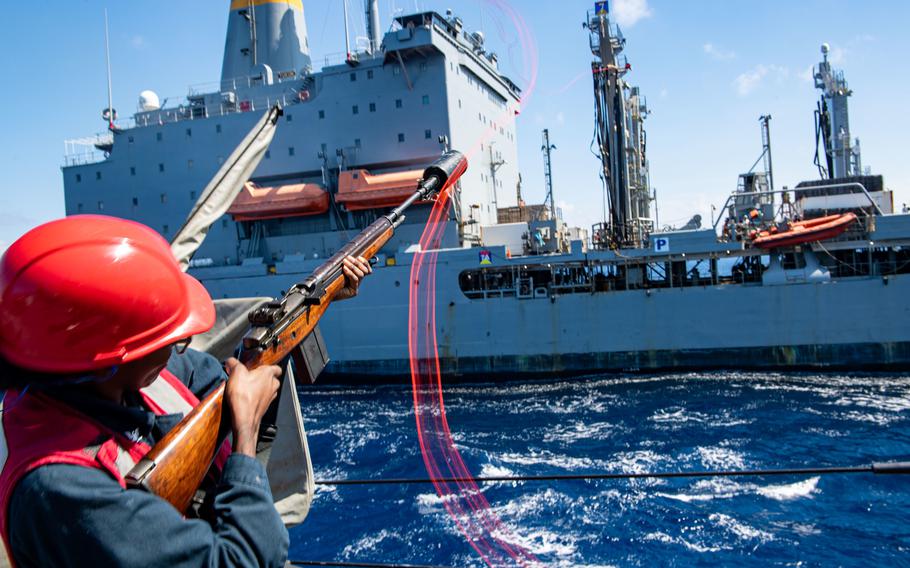 WASHINGTON — If China chose to invade Taiwan, it would likely be defeated by U.S., Japanese and Taiwanese forces, but at great cost and loss of life, according to think tank experts who conducted several war simulations.

The Center for Strategic and International Studies, a Washington-based think tank, released a report Monday that details 24 different war simulations that featured a Chinese invasion of Taiwan. Most of them ended with the island retaining its autonomy and the U.S.-led coalition victorious in defeating China.

“In most scenarios, the United States/Taiwan/Japan defeated a conventional amphibious invasion by China and maintained an autonomous Taiwan,” the 165-page report states. “However, this defense came at high cost. The United States and its allies lost dozens of ships, hundreds of aircraft and tens of thousands of service members. … China also lost heavily and failure to occupy Taiwan might destabilize Chinese Communist Party rule.”

The military victories depended on several factors, such as immediate Taiwanese resistance, swift U.S. military involvement and use of bases in Japan.

The CSIS analysis concluded, however, “victory is therefore not enough” and recommended the United States “strengthen deterrence immediately.”

Tensions between the U.S. and China have been rising for years, and Pentagon officials recently identified China as the No. 1 competitor for the U.S. in terms of military capabilities and advances. 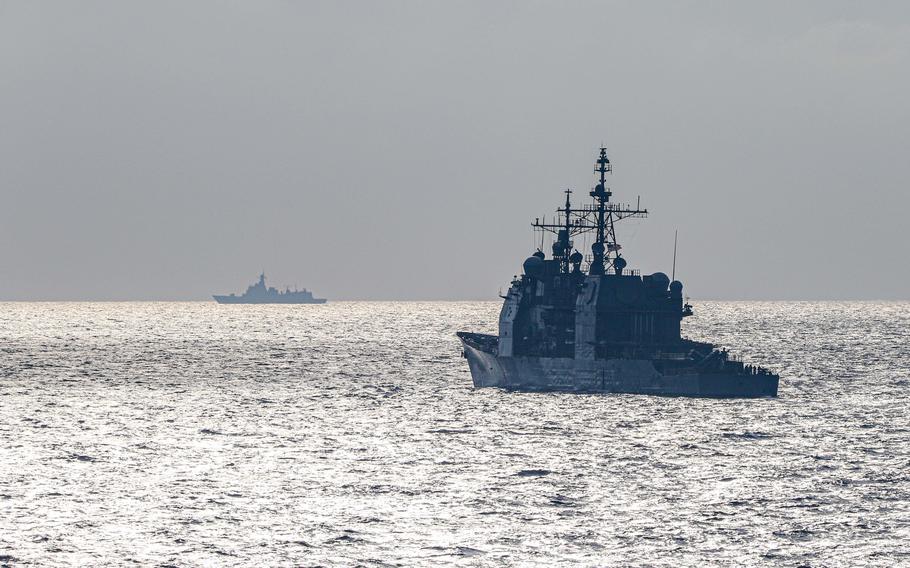 Ticonderoga-class, guided-missile cruiser USS Antietam transits the East China Sea during routine operations on Aug. 28, 2022, in the Taiwan Strait. The USS Chancellorsville, another Ticonderoga-class, guided-missile cruiser, is forward-deployed to the U.S. 7th Fleet area of operations in support of a free and open Indo-Pacific region. (Justin Stack/U.S. Navy)

“My big takeaway here, right up front, is we need to get creative about deterring China from invading Taiwan,” said retired Air Force Lt. Gen. David Deptula, who is the dean of the Mitchell Institute for Aerospace Studies, another think tank based in Washington.

Deptula said Monday at an event about the release of the CSIS report that the only way China will be deterred from invading Taiwan is if there’s tremendous uncertainty about its chances for success and Beijing understands there will be serious consequences for doing so.

For example, he said, the United States should not exclude the possibility of attacking the Chinese mainland. Believing that U.S. counterattacks could possibly strike inside Chinese borders would have a tremendous influence on Beijing if the country was seriously considering an invasion, he said.

Deptula, who served in the Air Force for almost 35 years, further warned any military fight with China would lead to “massive attrition.”

Concerns that Beijing might seek to “unify” with Taiwan — an island off China’s coast that it considers to be a breakaway territory — grew in 2022 after Russia invaded Ukraine, which was based on similar geopolitical beliefs. President Joe Biden has said in response that the U.S. military would help defend Taiwan if China launched an invasion.

“The [war games] project does not imply that war is inevitable or even necessarily likely. Just that it’s indeed possible,” said Eric Heginbotham, a research scientist at the Massachusetts Institute of Technology’s Center for International Studies. “This project is about uncertainty.”

“A conflict with China would be a disaster,” added William Murray, a professor at the U.S. Naval War College. “We have to deter this conflict.” 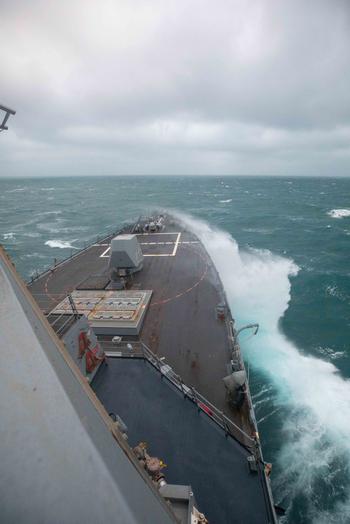 Monday’s report identifies several challenges that U.S. involvement would face in a direct conflict with China, which include moving equipment and personnel to the Indo-Pacific region.

“The task of loading and transporting troops, landing on a hostile shore, building up forces and then moving inland is inherently difficult,” the report states. “In 1944, the United States considered an invasion of Taiwan [during World War II] as the next step in the Pacific campaign. The move was rejected because of the difficulty.”

“What this represents is the most stressing scenario that U.S. military forces could face in the Indo-Pacific,” said Becca Wasser, a senior defense program fellow at the think tank Center for a New American Security. “And because of that, the Department of Defense is purposefully trying to look at the hardest set of challenges in order to ensure that it can deter effectively. It sheds light on particular problems that need to be overcome.”

The analysis underscores that if deterrence fails a fight with China would result in scores of casualties. Matthew Cancian, a senior researcher at the U.S. Naval War College, said the number of casualties would be more than any conflict since World War II.

To conduct the simulations, CSIS used historical data and operational research to model a Chinese amphibious invasion of Taiwan in the year 2026. Information about past military decisions and strategies and theoretical weapons data were also weaved into the rules for the war games. The same set of rules were used for all 24 war simulations.

In the end, the report concludes, projecting a military victory over China isn’t much of a victory because such a scenario would include too many dead and injured, too much physical and economic damage, and too much long-term effect. Paying such a heavy price, it concludes, is why deterrence is the most valuable takeaway.