South Korea expects more military drills with US next year 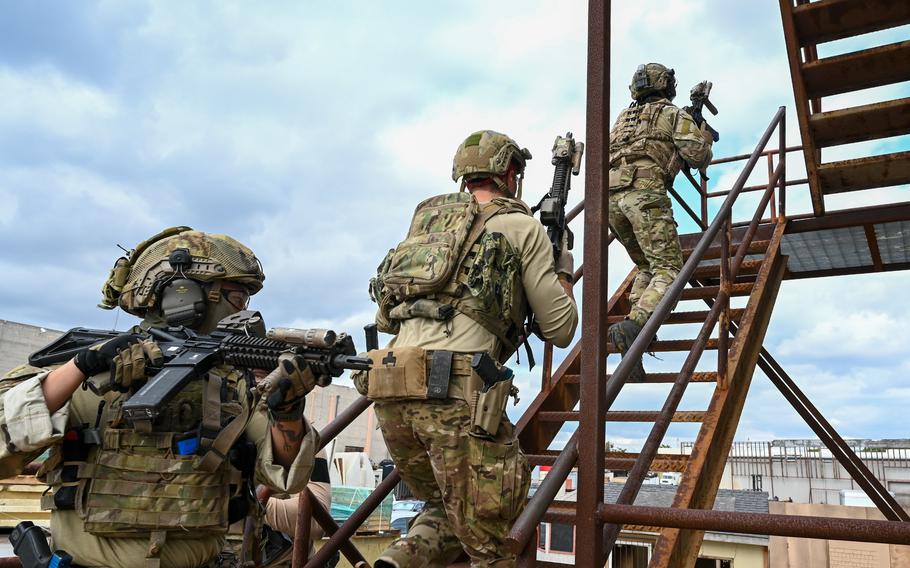 South Korea’s military in 2023 will be “deepening and expanding defense cooperation” with the United States to prepare for North Korea’s nuclear and missile threats, the ministry said in a news release. The announcement followed a biannual meeting between the country’s Joint Chiefs of Staff and Defense Minister Lee Jong-sup.

Reinforcing the alliance with the U.S. is one of South Korean President Yoon Suk Yeol’s six “peace through strength” initiatives, according to the ministry; others include cultivating the defense industry and improving the military’s ability to react to “omnidirectional threats.”

U.S. Forces Korea did not immediately respond Thursday to a request for comment on the ministry’s announcement.

Yoon, leader of the conservative People Power Party, took office in May. He soon restarted a number of large-scale military drills with the U.S., including Vigilant Storm, previously known as Vigilant Ace, a five-day aerial exercise with roughly 240 aircraft on Oct. 31 to Nov. 4. Large-scale drills like these were paused when then-Presidents Moon Jae-in and Donald Trump held peace talks with North Korean leader Kim Jong Un in 2018 and 2019.

The upcoming plans also include deploying unnamed U.S. strategic assets to the region, as well as conducting more than 20 joint military drills, according to the ministry. It said the drills will place an emphasis on “realistic” combat scenarios in light of the threat from North Korea.

The U.S. and South Korean military are also considering “a variety of measures to … display the alliance’s overwhelming deterrent against North Korea” to mark the 70th anniversary of the end of Korean War hostilities in 1953, including a joint live-fire demonstration, a military official said during a press briefing on Thursday.

South Korean officials customarily speak to the media on the condition of anonymity.

The ministry added that in addition to the drills, Seoul and Washington will work closely to continue developing Camp Humphreys in Pyeongtaek, the largest U.S. military base overseas.

The base serves the headquarters for USFK, U.N. Command, Eighth Army, 2nd Infantry Division, and U.S.-South Korea Combined Forces Command. Roughly 28,500 American troops are stationed in South Korea, the majority of them at Humphreys.

The announcement comes amid North Korea’s unprecedented firing of roughly 70 missiles in 34 missile tests so far this year. North Korea has also conducted other military displays, including flying numerous aerial sorties near the border with the South and firing hundreds of artillery rounds into the sea.

U.S. and South Korean senior officials have said throughout the year that North Korea has fully prepared to conduct its seventh nuclear test, its first since 2017.

North Korea’s state-run Korean Central News Agency says its military tests are a defensive response to the South’s alliance with the U.S. and alleges the two allies are raising tensions in the Korean Peninsula.