WASHINGTON — Japan will take a more proactive role in its own defense as part of an agreement Wednesday between the United States and Japan to deepen their military and security cooperation and bring more stability to the Indo-Pacific region.

The leaders said the driving force for the new arrangements boils down to making it easier for Washington and Tokyo to uphold rules-based order in the Indo-Pacific, a region that has taken on increased importance in recent years due to tension over the sovereignty of Taiwan and provocative Chinese actions in the South China Sea. 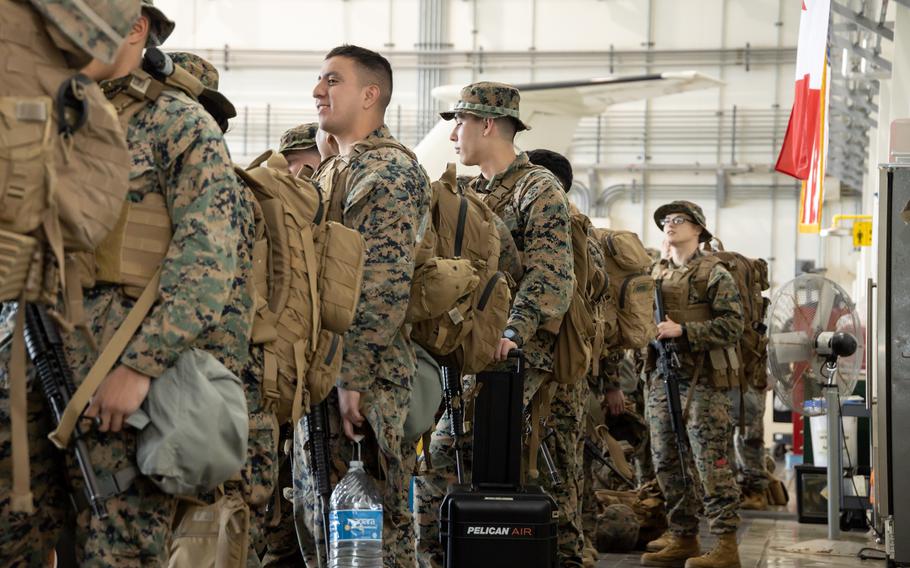 U.S. Marines and Sailors with 3rd Marine Logistics Group wait to weigh in with their gear during a drill at Kadena Air Base, Okinawa, Japan, Jan. 11, 2023. The Marines conducted the exercise to prepare to react quickly to a crisis, counter potential threats, and assist allies and partners throughout the Indo-Pacific region in maintaining regional stability. (Sydni Jessee/U.S. Marine Corps)

An adjustment of U.S. troops in Okinawa and Japanese plans to build new runways on an island used for military exercises are part of the new agreement. Tokyo has also agreed to develop counter-strike capabilities and double defense spending by 2027, pledges that signal a major shift in traditional Japanese military policy.

“I'm grateful that we’re meeting at such a consequential time as Japan strengthens its own defense and further contributes to regional peace and stability,” Austin said.

Another part of the new pact includes creating the 12th Marine Littoral Regiment — an improved quick-strike force — on Okinawa by 2025. Austin said the unit will be quicker, more lethal, more capable and will operate with more intelligence, surveillance and transportation capabilities.

Austin said the enhanced agreements reflect the "ironclad commitment" by the United States to defend Japan with all its capabilities, including nuclear weapons, and counter China’s “destabilizing actions” in the region.

Colin Kahl, the undersecretary of defense for policy, called the growing U.S.-Japanese alliance an “enduring cornerstone of a free and open Indo-Pacific.” 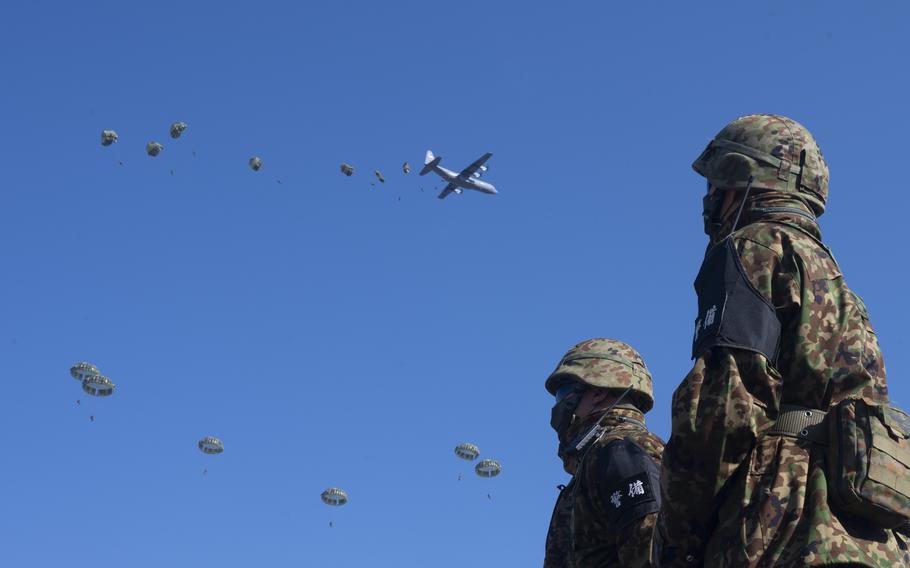 In recent weeks, the Pentagon has repeatedly identified China as the top U.S. military and economic competitor and has labeled North Korea as a prominent “pacing challenge.”

“We agree that [China] is the greatest shared strategic challenge,” Blinken said. “Our alliance has never been more crucial to realizing a shared vision for a free and open Indo-Pacific.”

The deepening ties between Washington and Tokyo also will include new cooperation in space, the officials said Wednesday. However, specifics on this won’t be shared until later this week.

“We agreed that attacks to, from or within space present a clear challenge,” Blinken said. “That is significant.”

Wednesday’s talks were a prelude to a meeting at the White House on Friday between Biden and Japanese Prime Minister Fumio Kishida. Earlier this week, Kishida struck a new defense pact with Britain that is also aimed at reining in China. Hamada will meet with Austin again at the Pentagon on Thursday.

Tensions have been rising for years between the U.S. and China over several issues — from trade to the coronavirus and Taiwan’s status as a sovereign territory. Other tensions have centered on various Chinese military actions in the South China Sea. Most recently, the Pentagon said a Chinese fighter jet in late December unsafely “buzzed” an Air Force reconnaissance plane there — at one point coming within about 20 feet of the U.S. aircraft’s nose, forcing the pilot to take quick action to avoid a crash.

Beijing claims China owns parts of the South China Sea and all of Taiwan.

Some experts contend Wednesday’s agreement with Japan is not enough if the United States wants to effectively manage the problems that China presents now and in the future.

“We may have some tests [with China] that may come upon us in the next five to seven to 10 years,” Michele Flournoy, the undersecretary of defense for policy under former President Barack Obama, said Tuesday during a discussion at the Rand Corp. in Washington. “I don’t think we understand the Chinese calculus.”

Like Blinken, Flournoy helped co-found WestExec Advisors, a Washington consulting firm in 2017. She also worked in the Pentagon during former President Bill Clinton’s administration and she was said to be a serious candidate for defense secretary under Biden until Austin got the job.

“I don’t think we understand [our adversaries] well,” Flournoy said.