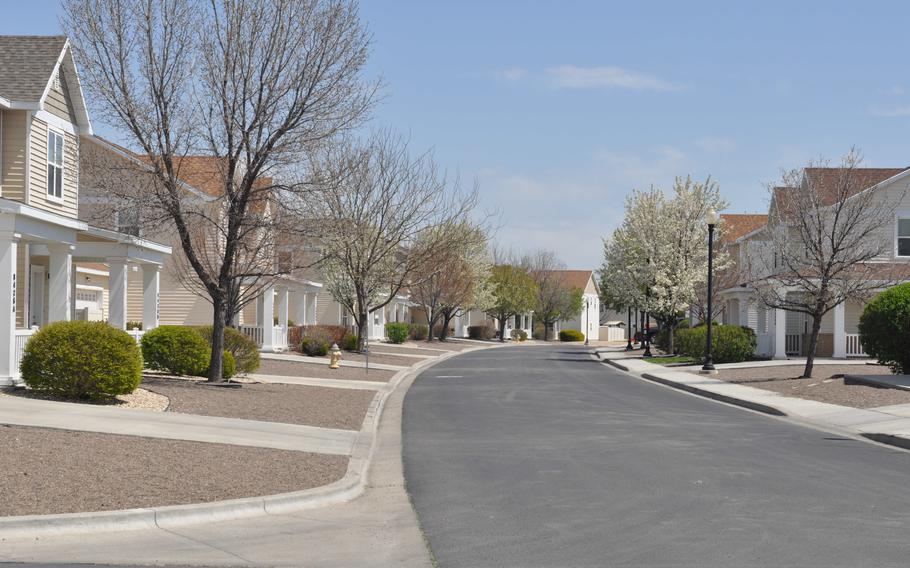 Two former employees of a private company that manages military family housing will avoid jail time after pleading guilty to federal charges in a scheme to collect unearned financial bonuses from the Air Force, according to court records.

Both worked for Balfour Beatty Communities, a private company that pleaded guilty to fraud charges in December and was sentenced to pay $65 million in restitution to the military and criminal fines. It still holds contracts with the military to manage housing at 55 Air Force, Navy and Army bases across the country.

The company and the employees admitted to altering maintenance work orders to receive financial bonuses from the military.

Their actions brought Balfour Beatty about $3.5 million in bonus money that it did not earn, according to the Justice Department.

In an open letter to the court, Cabrera described how she was asked by the corporate office on several occasions to change the completion times and/or dates on work orders to make certain the company reached quarterly goals.

“I didn’t recognize I was doing anything illegal, immoral, or unethical. I was following orders,” she wrote. “I realize now that just because my actions weren’t committed with malice intent, it doesn’t mean I haven’t done anything wrong. I am deeply sorry that I did not use better judgment to do what was right instead of what I was told.”

Balfour Beatty has continued to face scrutiny since it and its employees pleaded guilty to criminal charges last year. A Senate investigation released in April found the company has continued with similar actions this year at Fort Gordon, Ga. Their mishandling of maintenance requests threatened the health and safety of families, according to the Senate report from the Permanent Subcommittee on Investigations, which is part of the Senate Committee on Homeland Security and Governmental Affairs.

Based on those findings, the Army launched its own investigation into Balfour Beatty’s management of the Georgia base, which is still ongoing. Balfour Beatty said Monday in a statement that the company has taken “significant steps” since 2019 to improve operations and increase oversight, including in its ethics and compliance training programs for all employees. It implemented an operations assurance plan as a safeguard for ongoing compliance with internal policies and procedures.

“Our primary focus is providing our service members and their families with safe, quality homes supported by prompt and effective customer service and maintenance support. We remain dedicated to working with residents, military housing advocacy groups, and our partners in Congress and the [Defense Department] to deliver on our commitments for the long term,” according to the statement.