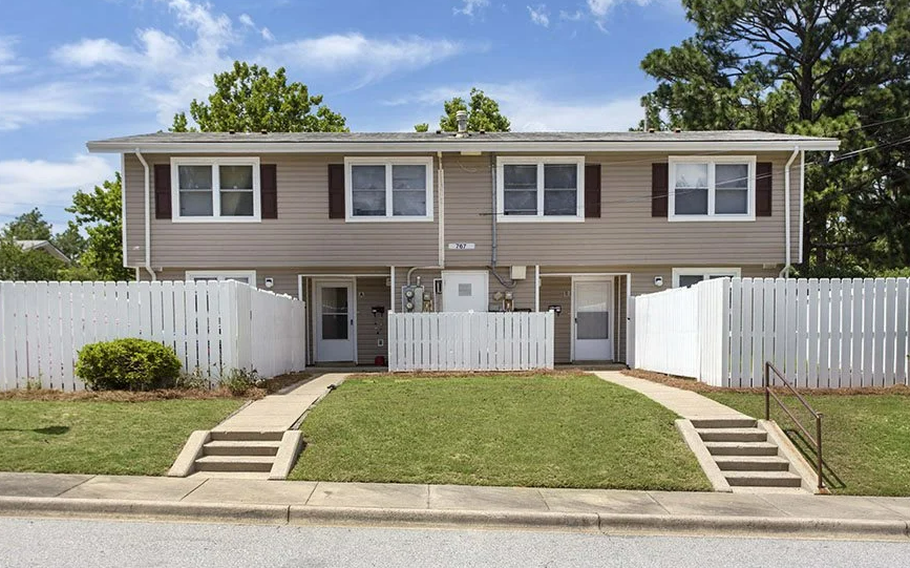 The Army is withholding bonus checks from the private company that manages housing at Fort Gordon, Ga., as it investigates the findings of a Senate report that uncovered soldiers and families are facing substandard conditions and poor maintenance in base housing, service leaders told House lawmakers.

Rachel Jacobson, assistant secretary of the Army for installations, energy and environment, said Thursday that she was disturbed that senators found Balfour Beatty Communities has mishandled maintenance requests and threatened the health and safety of families.

She told lawmakers on the House Appropriations Committee’s subpanel on military construction, veterans affairs and related agencies that the Army is investigating the allegations and working with its attorneys to determine whether more oversight of the private companies that manage military housing is possible.

“I take very seriously any report on substandard conditions that compromise the life, health and safety of soldiers and families,” Jacobson said. “If any privatized housing provider fails to meet its performance obligations, the Army will be aggressive and use all tools available to hold the provider accountable."

The Senate report, which was compiled by a subpanel of the Senate Committee on Homeland Security and Governmental Affairs, detailed how Balfour Beatty continues to submit family housing paperwork with inaccurate or omitted information. The paperwork is used by military officials to monitor how the company responds to maintenance requests and to approve performance bonuses. The report also found Balfour Beatty ignored or delayed urgent maintenance requests and failed to clean or make basic repairs to homes before leasing them to military tenants.

The report focused on issues from 2019 to the present, which is after the time that the Justice Department investigated Balfour Beatty and charged the company with fraud. In December, Balfour Beatty pleaded guilty to fraud that occurred between 2013 and 2019 at some of the 55 bases at which the company manages housing. As part of the guilty plea, the company agreed to a three-year probationary period, which increases scrutiny to comply with regulations, according to the Justice Department.

Jacobson said she reviewed the report and watched the related Senate hearing April 26 and wrote a letter to Balfour Betty the following day to inform the company that Gen. Ed Daly, commander of Army Materiel Command, would oversee an immediate investigation into the report’s findings.

A representative for Balfour Beatty said the company has received Jacobson’s letter.

“We are working diligently to respond to the issues raised in the Army’s letter and will provide detailed answers to all of their questions,” the representative said in a statement.

The Army also has begun an audit of Balfour Beatty’s housing records at Fort Gordon and suspended requests from the company for performance bonuses, she said.

Rep. Sanford Bishop, D-Ga., further questioned Jacobson about the housing contracts, most of which are 50-year leases that would cost billions for the military to end early.

“Do you support an overhaul of the way that we structure our contracts with military privatized housing partners to ensure that we can hold them accountable when they failed to provide safe and healthy housing for our soldiers and when they defraud the federal government?” Bishop asked.

Jacobson responded: “As you are aware, the contracts are very complex with these privatized housing companies and there were several governing agreements, including the operating lease. Part of my review right now in the wake of the Balfour Beatty incident is to ask the general counsel to give me a better understanding of all enforcement authorities and oversight authorities I have within the context of those contracts.”

Sgt. Maj. of the Army Michael Grinston testified alongside Jacobson, and Bishop asked for his opinion on whether there has been any improvement in family housing since Congress began issuing major reforms more than two years ago.

A survey scheduled to be released in the coming weeks should offer some answers directly from those families, Grinston said.

“Just talking to families … generally yes and no,” he said. “The majority of the families really like the new tenant bill of rights. They like having the authorities.”

It all takes times, Grinston said. As families move locations and enter into new leases, they learn about the changes and reforms available to them.