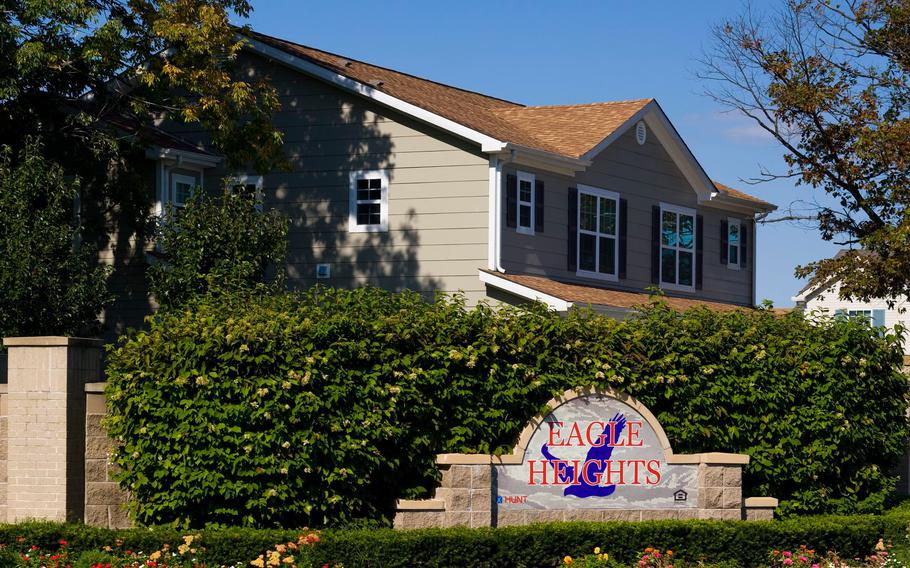 Hunt Military Communities, which manages about 980 multi- and single-family homes at Dover Air Force Base, Del., agreed Thursday to a $500,000 settlement with the Justice Department to resolve allegations of fraud at the base that were filed under the False Claims Act. (Photo from Dover Family Housing Facebook page. )

Military housing landlord Hunt Companies LLC has agreed to pay $500,000 in a settlement to resolve allegations that the company falsified maintenance records at Dover Air Force Base, Del., the Justice Department announced Thursday.

Between January 2013 and June 2019, Hunt submitted false information to the Air Force to receive higher performance-based bonuses from the government, according to the Justice Department. While the settlement agreement resolves these allegations, there has been no admission of fault by the company.

“The U.S. Attorney’s Office for the District of Delaware is committed to fighting for the wellbeing of our service members and their families, especially those stationed at Dover Air Force Base,” U.S. Attorney David C. Weiss said in a statement. “When companies put service members’ welfare at risk to maximize profit, they cheat the government as well as everyone who serves our country. We will not tolerate such disappointing conduct.”

Hunt, which manages 980 multi- and single-family homes at Dover Air Force Base, is one on the largest private companies to manage military housing, according to its website. Based in El Paso, Texas, the company manages more than 18,000 homes for the Air Force and about another 15,000 for the Army, Navy and Marine Corps.

A representative for the company said in a statement that it fully cooperated with the Justice Department throughout the investigation, which began January 2020 and is now closed.

“The civil settlement agreement with the DOJ makes clear that the settlement is ‘not an admission of liability’ and that [Hunt] ‘expressly denies the allegations’ underlying the settlement,” according to the statement.

Last month, the Justice Department closed a separate investigation into another military housing landlord, Balfour Beatty Communities LLC. In that case, employees were changing maintenance records to meet goals required to earn financial bonuses from the Air Force, according to the Justice Department. The company pleaded guilty to fraud and was sentenced to pay $65 million in criminal fines and restitution.

The Hunt case stemmed from a former employee who filed a whistleblower lawsuit under the False Claims Act after seeing colleagues manipulate maintenance records and then provide altered aggregate data to Air Force officials to receive financial bonuses from the military, according to the lawsuit filed Jan. 23, 2020, in the U.S. District Court, Delaware District.

Christine Kibler, a Realtor who worked as the community director for Hunt at Dover AFB from April to June 2019, said she noticed maintenance was marked as complete, but a walk-through of the home showed otherwise. She began to keep a list of concerns and the residents who were affected, according to the lawsuit.

“Beginning in May 2019 and continuing through her termination, she observed appalling conditions in the military housing maintained by defendants. On top of the various mold, water, electrical and other maintenance issues, [Kibler] quickly became aware of the fact that defendants’ employees were submitting falsified service tickets for work never performed in order to continue receiving funding from the Department of Defense. [Kibler] has reason to believe the conduct was occurring prior to her employment and continues through the present date,” according to the lawsuit.

Shortly after Kibler offered up her findings to a colleague, she was fired because she was “not the right fit,” according to the lawsuit. Hunt representatives declined to say whether any employees named in the lawsuit still work for the company.

“The conditions from our client’s standpoint were so egregious that she only lasted a few months in this position because she saw everything right off the bat,” said Jesse Hoyer Estes, an attorney with the Hoyer Law Group representing Kibler. “She has experience in this area, and from the second she stepped on to the facilities, she recognized so many things that were wrong, and so horribly wrong, that she started making noise right away.”

A settlement with no admission of guilt is typical in these types of whistleblower cases and is typically in the best interest of both sides, because litigation always comes with risk, Hoyer Estes said.