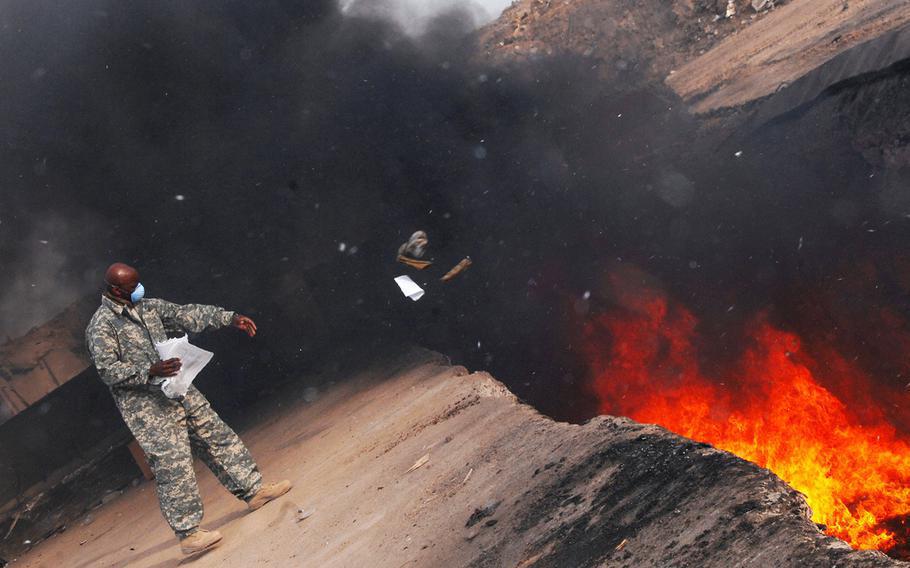 WASHINGTON — The Department of Veterans Affairs announced Monday that it created a fast-track to disability compensation for veterans who developed one of nine rare respiratory cancers because of their exposure to toxic burn pits during overseas deployments.

About 100 veterans who suffer from one of the conditions have previously applied for VA benefits and been denied, the department said. It’s uncertain how many other veterans have been diagnosed.

“To the veterans watching today, if you are suffering from any of those conditions … you may be eligible for disability benefits without having to prove causality between your service and your condition,” VA Secretary Denis McDonough said Monday during a news conference. “I know many of you have been waiting far too long for these benefits and now, hopefully, you need not wait any longer.”

President Joe Biden in November ordered the VA to review research into the cancers to determine whether they could be caused by exposure to toxins during military service.

Throughout the 1990s and the post-9/11 wars, the military used open-air pits to burn materials such as garbage, jet fuel, paint, medical waste and plastics. Veterans diagnosed with cancer, respiratory issues and lung disease at young ages have blamed exposure to the toxic fumes. They have sought VA benefits and health care, but the department contended for years that there wasn’t sufficient evidence to support their claims.

In a statement Monday, the VA said it had determined there was a “biological plausibility” between airborne hazards and the respiratory cancers. The VA was prompted to act because of the severity of the cancers and the fact that — because they’re so rare — it might be impossible to obtain more scientific data about them over time. It was unknown Monday how many veterans have been diagnosed with any of the cancers.

“The unique circumstances of these rare cancers warrant a presumption of service connection,” the department said.

The presumption applies to veterans who served in Southwest Asia sometime between Aug. 2, 1990, and the present, or in Afghanistan, Uzbekistan, Syria or Djibouti sometime after Sept. 19, 2001. The department said it would begin contacting affected veterans and family members about how to apply for benefits.

The addition of the nine cancers is part of the VA’s new approach for including illnesses on the presumptive list. While previous efforts relied heavily on studies from the National Academies of Sciences, Engineering, and Medicine, the new approach looks more broadly at research and data from other sources, as well as claims being filed by veterans, McDonough has said.

Using this approach, the VA decided last year to add three conditions to the presumptive list: asthma, rhinitis and sinusitis. The department said there was enough evidence to link the conditions to airborne toxins from burn pits during overseas deployments.

The department will review more conditions for possible inclusion on the presumptive list, McDonough said. Those include lung cancer, brain cancer and constrictive bronchiolitis.