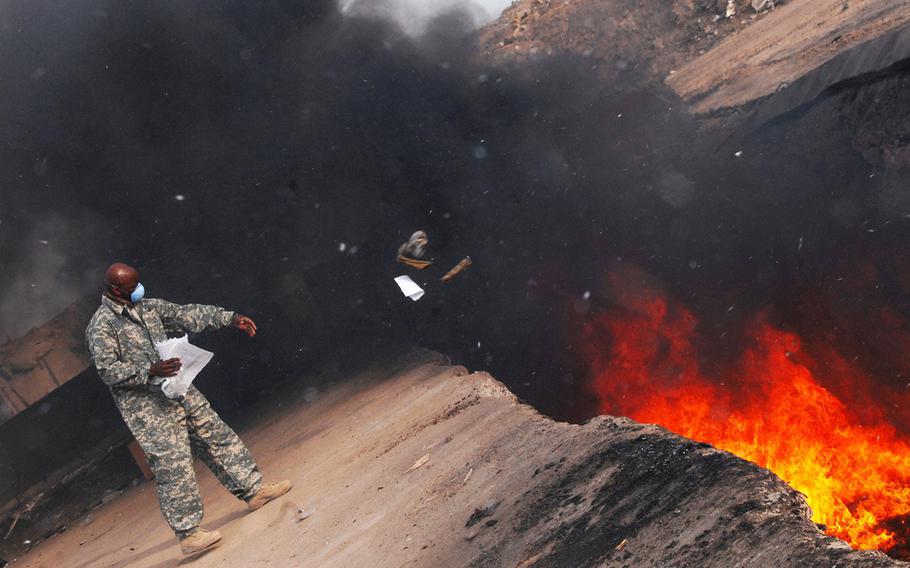 WASHINGTON — President Joe Biden on Thursday ordered the Department of Veterans Affairs to review research into several rare cancers to determine whether they could be caused by exposure to toxins during military service.

If the VA determines there’s enough evidence to support a connection, the department could create a fast track to health care and disability compensation for veterans suffering from the cancers. Biden gave the agency 90 days to provide its recommendations.

The conditions include rare respiratory cancers, such as squamous cell carcinoma of the larynx and salivary gland tumors, as well as lung cancers and constrictive bronchiolitis.

“We know there can be too long of a delay in scientific evidence that demonstrates conclusive links between exposures and their health impacts,” said a senior administration official who spoke on the condition of anonymity. “This can leave many veterans without access to VA benefits and high-quality treatment. The administration is moving forward with several steps to provide more timely answers.”

Throughout the 1990s and the post-9/11 wars, the military used open-air pits to burn materials such as garbage, jet fuel, paint, medical waste and plastics. Veterans diagnosed with cancer, respiratory issues and lung disease at young ages have blamed exposure to the toxic fumes. They have sought VA benefits and health care, but the department contended for years that there wasn’t sufficient evidence to support their claims.

Biden’s administration said the 90-day review is part of its new approach to consider conditions for inclusion on the department’s presumptive list, which lowers the amount of evidence that veterans must provide to receive benefits.

While previous efforts relied heavily on studies from the National Academies of Sciences, Engineering, and Medicine, the new approach looks more broadly at research and data from other sources, as well as claims being filed by veterans, VA Secretary Denis McDonough has said.

The senior administration official said the three conditions acted as a “proof of concept” for the new decision-making model.

“As we go through this process and as our data set grows from veterans submitting claims, that’s going to help our knowledge grow to be able to get these additional conditions,” the official said. “We’re going to start with rare forms of respiratory cancers, move on to constrictive bronchiolitis and move forward from there.”

The administration made several other announcements on Veterans Day regarding veterans suffering from military toxic exposures. A senior administration official said it was “a high priority for President Biden.”

“It’s personal to him,” the official said.

Biden’s son, Beau, was a post-9/11 veteran and a member of the Delaware Army National Guard who served in Iraq in 2008. Beau Biden died of brain cancer in 2015, and his father suspects exposure to toxic burn pits in Iraq could have been to blame.

In addition to the review of rare cancers, Biden announced the VA would stand up a new call center in 2022, which veterans can call with questions about environmental exposures. The department also plans to create a team of 40 medical providers next year who specialize in environmental health issues. The providers will work with veterans and be a resource for other doctors, the administration said.

Biden also urged Congress to pass legislation that would extend the “enhanced eligibility period” for VA health care. The enhanced eligibility period allows combat veterans who served in Iraq or Afghanistan to receive free VA health care for up to five years after they’re discharged without having to prove a service-connected disability. Biden wants to extend the period to 10 years.

“We know it can take time for conditions to manifest,” the senior administration official said. “Some veterans do not have concerns about their health until several years after deployment.”