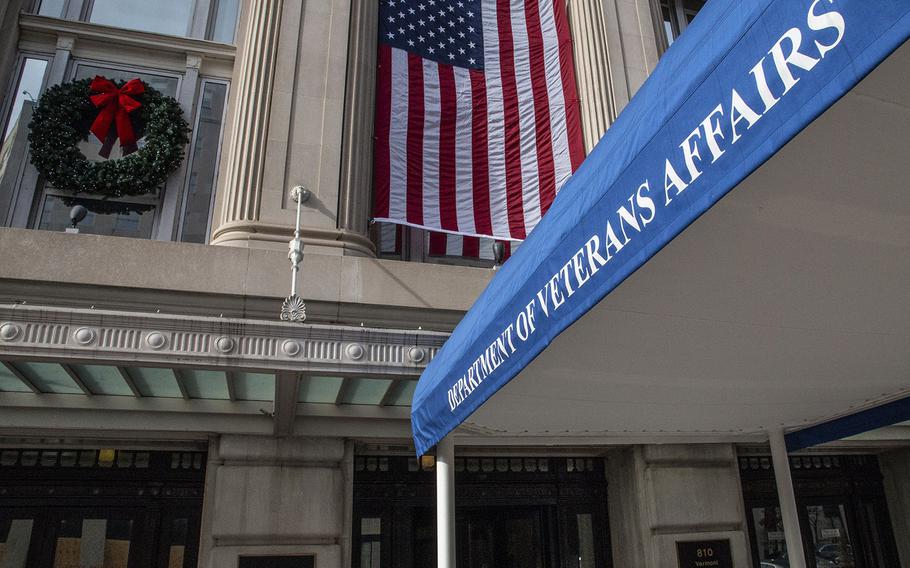 The VA considers claims as “backlogged” once they’ve been in the system for more than 125 days without being processed. McDonough expects the backlog to jump this weekend from about 200,000 to 260,000.

Many of the claims hitting the backlog are from veterans suffering from bladder cancer, hyperthyroidism and Parkinson’s-like symptoms stemming from their exposure to Agent Orange during the Vietnam War. Congress passed a measure at the start of 2021 that placed those conditions on the presumptive list for VA benefits. The agency automatically started reviewing past claims for those conditions, and this weekend marks 125 days since the process began.

“These new claims … have led to a surge in the claims backlog, which will grow again later this month — in fact, this coming weekend,” McDonough said. “To address this surge, we’re hiring and training 2,000 new claims processors.”

With the new employees, the VA is working toward the goal of having 100,000 claims remaining in the backlog by 2024, he said.

Also affecting the backlog were recent decisions by Congress and the VA to grant benefits to more veterans. Congress approved a bill last year that created a path to benefits for Blue Water Navy veterans who served offshore during the Vietnam War and claimed they were also exposed to Agent Orange.

At the time of President Joe Biden’s inauguration, the claims backlog totaled about 216,000. Processors got the backlog down to 180,000 before it jumped to more than 200,000 during the summer, largely because of new claims from Blue Water Navy veterans.

In August, the VA decided to award benefits to Gulf War and post-9/11 veterans who developed asthma, rhinitis or sinusitis because of their exposure to toxic burn pits. So far, the department has processed 3,800 claims falling into that category, approving 62% of them, McDonough said.

The change marked the first instance that the VA allowed easier access to benefits for veterans who were exposed to burn pits, despite years of pleading from veterans and advocates. McDonough suggested Wednesday that the VA might soon include more medical conditions on the list. The department holds quarterly meetings to discuss the issue. The next meeting is in two weeks.

“We’re not going to wait for Congress to act on this, we’re acting ourselves,” McDonough said. “And we’ll have more news on that front soon.”