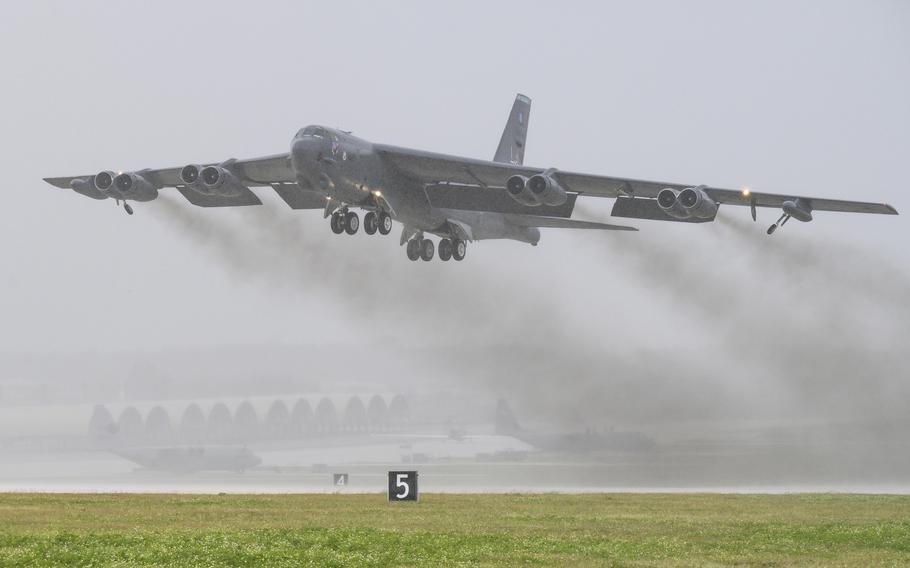 A U.S. Air Force B-52 Stratofortress takes off from Andersen Air Force Base in Guam in 2021. Militaries around the world produce about 5.5% of global greenhouse gas emissions, according to new data published Thursday, Nov. 10, 2022. (Jacob M. Thompson/U.S. Air Force)

The world’s militaries are responsible for 5.5% of all greenhouse gas emissions and collectively produce more carbon dioxide per year than nearly every country, according to new data released Thursday.

“The scale of these emissions is so large that concerted action to reduce them is necessary by all governments,” the authors of the report said in a statement released with the findings.

The report concluded that military personnel in North America, and an area it refers to as Eurasia, which includes Russia and Ukraine, each produced an average of 13 tons of greenhouse gases per year as of 2020. The figure is expected to be higher following Russia’s full-scale invasion of Ukraine in February.

There is growing concern among environmentalists over the extent to which militaries contribute to climate change, which long has been difficult to determine because of a lack of data collected and distributed by the militaries themselves. U.S. soldiers engage in an exercise in Grafenwoehr, Germany, in 2020. Militaries around the world produce about 5.5% of global greenhouse gas emissions, according to new data published Thursday, Nov. 10, 2022. (Gregory Stevens/U.S. Army)

But two Britain-based organizations, Scientists for Global Responsibility and the Conflict and Environment Observatory, developed a methodology to estimate a total for the world and its main political regions.

They determined that militaries have a combined carbon footprint larger than that of all but three countries: China, the U.S. and India.

“The world’s militaries and wars are a very significant but neglected source of carbon pollution, and these emissions are almost certainly rising with the Ukraine war and the resulting international increase in military spending,” said Stuart Parkinson, executive director of Scientists for Global Responsibility and the lead author of the report.

The 2015 Paris Agreement made military emission reporting voluntary, meaning there are significant gaps in the data submitted to the United Nations.

Many countries do not provide any data, including top-10 military spenders India, Saudi Arabia and South Korea.

Because militaries pollute more than any other institution in most countries, environmentalists fear that the lack of data could seriously hamper efforts to tackle climate change caused by rising emissions.

Researchers acknowledged in the report that they made “a number of assumptions” because of the lack of available data.

But they did not include emissions arising from impacts of wars such as fires, other damage to infrastructure and ecosystems, post-conflict reconstruction, and health care for survivors and therefore consider their findings “conservative.”

The full report, including information about the researchers’ methodology, can be viewed at http://ceobs.org. 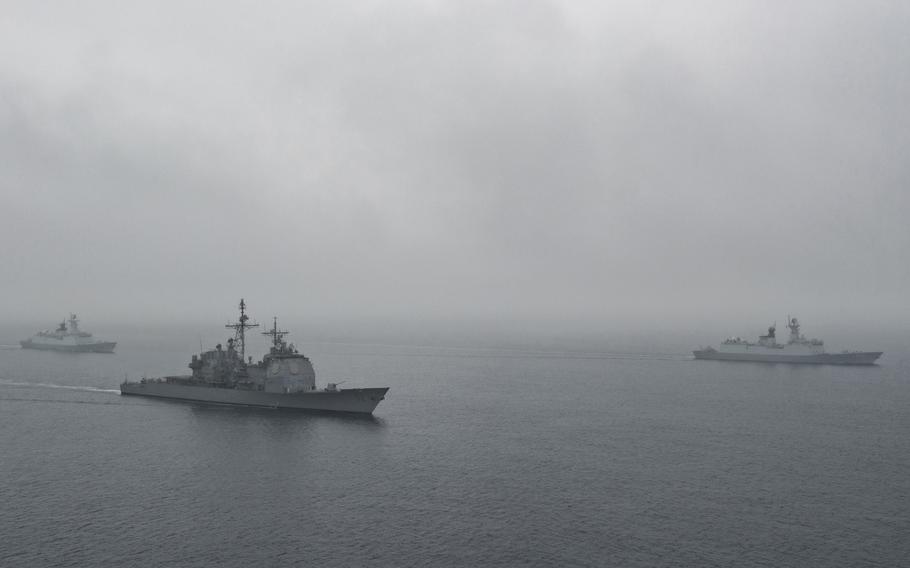 The cruiser USS Bunker Hill participates in an exercise with Chinese navy frigates off the coast of California in 2016. The world’s militaries collectively produce about 5.5% of all greenhouse gas emissions, according to new research. (Craig Z. Rodarte/U.S. Navy)