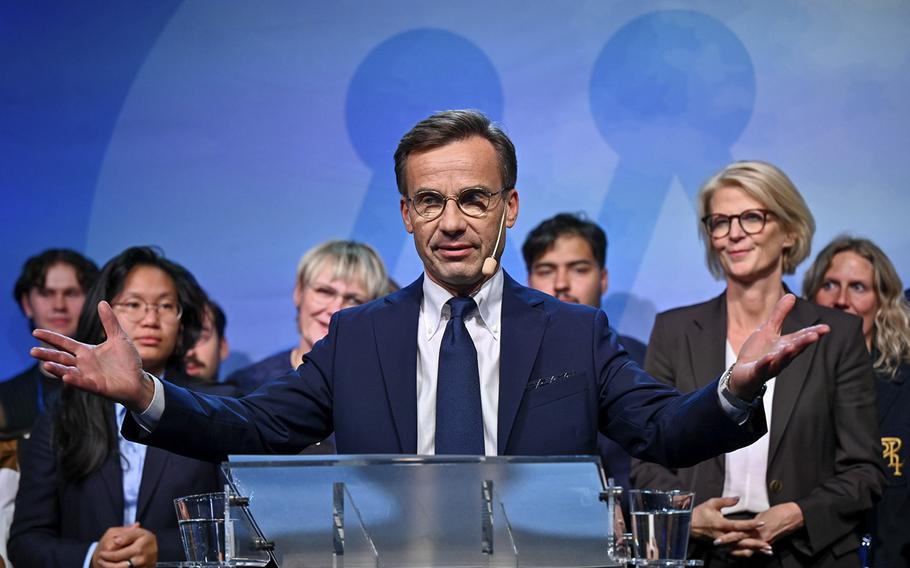 Sweden's new government has scrapped the ministry for the environment in a move that critics say is indicative of policies that threaten the country's climate targets.

The largest Nordic nation is widely seen as a front-runner on climate matters, and since 1987 it has had a separate ministry for environmental issues. That legacy is now coming under question, after Prime Minister Ulf Kristersson decided the new minister in charge of climate and environment policies will work under the ministry for enterprise and energy, as one of his first moves after assuming power on Tuesday.

"It is regrettable, but I'm not surprised, as the government's plans indicate a dismantling of environmental policy," Mikael Karlsson, a researcher at Uppsala University, told newspaper Dagens Nyheter. "Their subsidies of high consumption of electricity and fossil fuels are at odds with the foundations of environmental policy that has been in place for the last 50 years."

Kristersson's government is heavily dependent on the nationalist Sweden Democrats, the only party in parliament that doesn't back the country's target of having net zero emissions by 2045. The anti-immigrant force has also opposed any ambitions of making Sweden a role model on climate change.

Sweden was second only to Denmark in a ranking of climate policies among 60 countries last November by the Climate Change Performance Index, while it had scored as the best for the previous four years.

Its climate goals have helped spur what has been dubbed a green industrial revolution in the northern parts of the country, which enjoys an abundance of hydropower. There, Northvolt has started making electric-vehicle batteries for Europe's biggest automakers and two steel-makers are preparing to start large-scale production of fossil-free steel.

Kristersson's Moderates and parties backing him have touted a build-out of nuclear power production and expansion of charging infrastructure as key to reducing greenhouse gas emissions. The Sweden Democrats' climate policy spokesperson, Martin Kinnunen, welcomed Kristersson's move, and said that years of closing down nuclear facilities "will now end" and that his party "will closely watch that this will become a reality."

The four-party alliance that agreed on forming the new government last week said it would seek to lower fuel prices, partly by reducing the percentage of biofuels that has to be mixed into gas and diesel to the minimum level required by the European Union.

That would make it more difficult to reach a target of reducing transport emissions by 70% by 2030 and also puts the new government at odds with an emerging biofuel industry that is investing heavily in production of propellants from renewable sources.