One year later, US to award commendations to military units involved in Afghanistan withdrawal 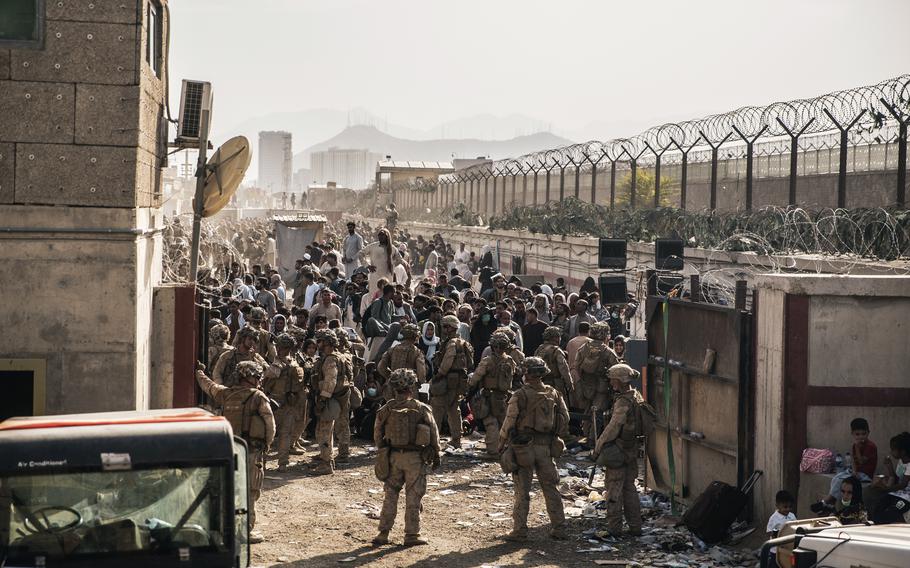 WASHINGTON — All military units involved in the withdrawal and evacuation missions from Afghanistan last year will be awarded the Meritorious Unit Commendation or its equivalent, Defense Secretary Lloyd Austin announced Wednesday.

Austin is also directing all military branches to perform an “expedited review” of all units staged at Hamid Karzai International Airport during the height of evacuation efforts from Aug. 15-30, 2021, “to identify those units or individuals that meet the high standards of the Presidential Unit Citation or appropriate individual awards,” according to the Pentagon.

The announcement came one year after the evacuation mission from Kabul ended Aug. 30, 2021. The U.S. and its allies flew about 124,000 Afghans and Americans out of the country but left behind thousands of Afghans and American civilians who wanted to escape the Taliban which seized power Aug. 15, 2021.

Thirteen U.S. service members and at least 170 Afghans were killed in a suicide bombing at Kabul airport believed carried out by an Afghanistan branch of the Islamic State, or ISIS, four days before the mission was completed.

“No other military could have protected so many lives under such challenging circumstances in such a short amount of time — not just because of our airlift or our logistics capabilities, but most of all because of the immense compassion, skill, and dedication of American service members,” the Pentagon said in its statement.

Units involved in the resettlement of Afghan allies in the U.S. as part of Operation Allies Refuge and Operation Allies Welcome will also receive the Meritorious Unit Commendations, according to the statement.

“Since World War II, the nation has recognized the extraordinary heroism of military units in action against an armed enemy with the Presidential Unit Citation,” Austin said. “President [Joe Biden] directed these actions after consultation with me and with the chairman of the Joint Chiefs of Staff.”

Austin said the awards represent “the gratitude and love of our nation” for service members’ actions during the withdrawal.

“No words can properly honor the deeds we recognize with these awards,” Austin said. “I hope these awards serve as a reminder to each and every service member who wears them of the lives they helped save and the thanks of the nation and Department of Defense they serve so well.”