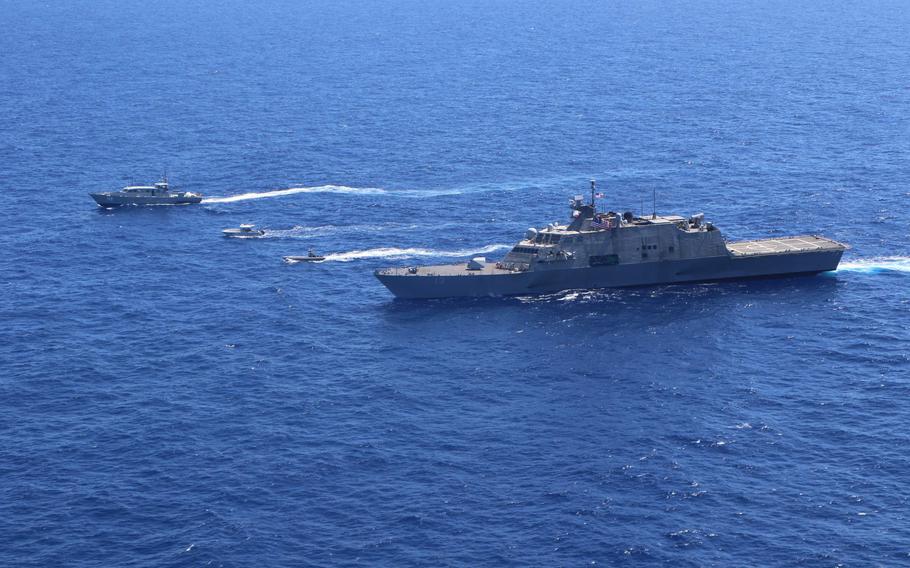 (Tribune News Service) — The USS Wichita has been saved from retirement.

The 3-year-old ship had been slated to be decommissioned along with other similar ships because of mechanical issues in some ships and what the Navy called a lack of fighting capability.

Nine of the littoral combat ships had been slated for decommissioning by the Navy. But a budget compromise in the Senate Armed Services Committee now is expected to save five, including the USS Wichita.

“These ships still have the capabilities to be utilized for many more years, and I support the committee’s decision to prevent the USS Wichita and other combat ships like it from being prematurely decommissioned,” Republican Sen. Jerry Moran said in an emailed statement to the Wichita Eagle.

U.S. Rep. Kay Granger — the USS Fort Worth ship sponsor— fought for the ships to remain in commission. Granger struck a deal with the Navy to preserve five of the nine littoral combat ships, including the USS Wichita, the USS Fort Worth, the USS Billings, the USS Indianapolis and the USS Saint Louis.

The ships were slated to be scrapped in the Navy’s 2023 budget cycle, because retiring them would be more cost-saving than repairing them, the Navy said.

The defense funding bill with the provision for the five ships was to be considered by the House Appropriations Committee on Wednesday.

The compromise calls for preserving five of the ships and studying how to repurpose them and to possibly sell the four decommissioned ones.

Lawmakers of both parties have questioned the Navy’s plans to abandon the littoral combat ships, because they are so new and have been costly. The service life of the ships is 25 years, and the Navy must get a waiver from Congress to scrap them before then.

On May 26, Moran questioned the Chief of Naval Operations Michael Gilday about the USS Wichita’s retirement, pointing out its age.

“The fact that we christen a ship one year and a few years later we’re decommissioning troubles me,” Moran said. The USS Wichita was built by Lockheed-Martin for roughly $360 million.

Gilday cited not only mechanical issues — a problem in the system that meshed power from two gas turbines and two diesel engines so support speeds reaching 45 knots — but also lack of fighting capability.

“Those ships, relative to others, just didn’t bring the war-fighting value to the fight,” he said.

The small ships were designed to be speedy for close-in threats from pirates and terrorists, but the Navy is now looking at threats from China in the Pacific that require a different warship.

Contributing: Maria Recio, special to the Fort Worth Star-Telegram