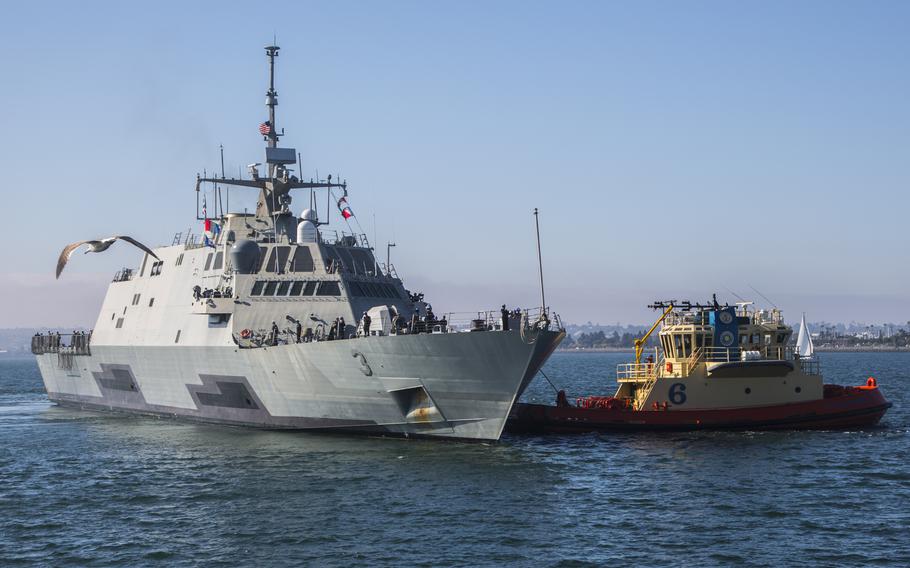 (Tribune News Service) — The USS Fort Worth has been saved again.

U.S. Rep. Kay Granger, R-Texas, has crafted a deal that’s part of a government funding bill that secures the city’s namesake and four other littoral combat ships from being scrapped by the U.S. Navy while permitting the decommissioning of four others.

The provision is in the defense funding bill for fiscal year 2023, which the House Appropriations Committee will consider Wednesday.

The committee released a draft bill last week that did not specify the names of the ships, but the Star-Telegram obtained the list from congressional sources. The five protected ships that will continue in service are the USS Fort Worth, the USS Wichita, the USS Billings, the USS Indianapolis and the USS St. Louis. The Fort Worth, commissioned in 2012, is the oldest of the ships.

“I am glad to see continued bipartisan support for preventing several littoral combat ships, including the USS Fort Worth, from being decommissioned,” Granger said in a statement to the Star-Telegram. “These new ships have many useful years of service life left in them. As China continues to grow its Navy, we cannot afford to decrease our capabilities in the name of short-sighted cost savings. I look forward to working with my colleagues to keep these ships in service for many years to come.”

The compromise is a victory for Granger, the powerful ranking member of the committee who is also the ship’s sponsor, by preserving five of the ships and calling for studies to repurpose them and to possibly sell the four decommissioned ones.

But it also gives the Navy a victory, too, in its determination to rid itself of the littoral combat ships.

Granger blocked the Navy from decommissioning the USS Fort Worth and two others in March in the annual funding bill approved by Congress.

But the Pentagon immediately announced in its budget for the next fiscal year that it would decommission nine of the ships, including the USS Fort Worth. 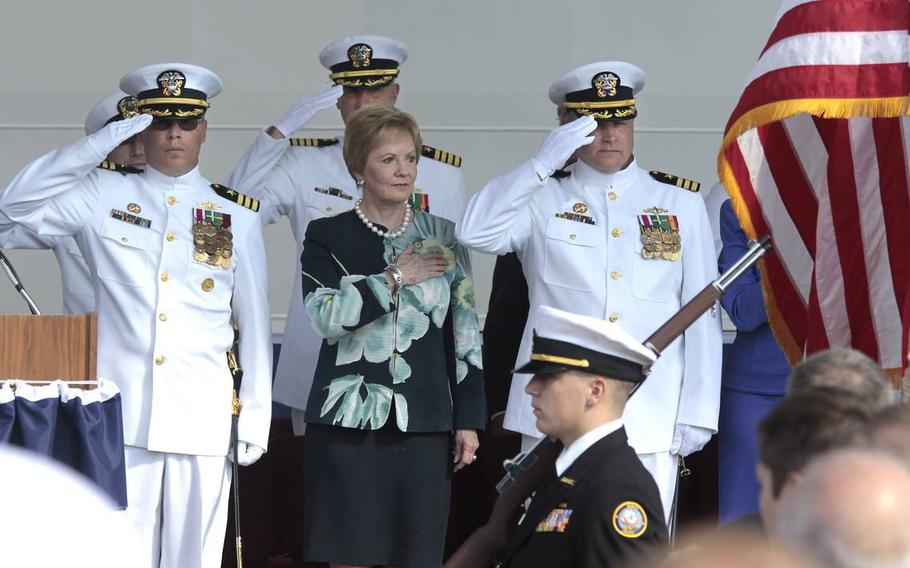 Rep. Kay Granger stands at attention with Cmdrs. Randy Blankenship, left, and Warren Cupps for the opening of the commissioning ceremony for the USS Fort Worth in Galveston, Texas, on Sept. 22, 2012. (Ron T. Ennis, Star-Telegram/TNS)

“I think it’s absolutely the wrong thing to do,” Granger told the Star-Telegram in March. “It’s a misuse of money, first of all, and a lack of taking the time to understand what this ship can do.”

In May, Granger told the Navy secretary and other officials at a hearing that she opposed the plan to decommission nine LCS ships.

The Navy has targeted the so-called Freedom Class littoral combat ships — small, speedy warships which can come in close to shore — for being problem-plagued and lacking enough firepower for the types of missions that it needs now. The small ships were designed to be speedy for close-in threats from pirates and terrorists, but the Navy is now looking at threats from China in the Pacific that require a different warship.

“The Navy now is focused mainly on the rising maritime threat presented by the Chinese in the Western Pacific,” said defense analyst Loren Thompson of the northern Virginia-based Lexington Institute.

However, Granger and other lawmakers of both parties have questioned the Navy’s plans to abandon the Freedom Class LCS, built by a team led by Lockheed Martin, because they are so new and have been so costly to the taxpayers.

The Fort Worth, built more than a decade ago at a cost of $400 million, is the oldest of the five ships the Navy is prohibited from decommissioning. The four ships that will be permitted to be mothballed — USS Milwaukee, USS Detroit, USS Little Rock and USS Sioux City — were put in service from 2015 to 2018. The service life of the ships is 25 years, and the Navy must get a waiver from Congress to scrap them before then.

The Freedom Class LCS continue to roll off assembly lines. The USS Minneapolis- St. Paul was just commissioned in Duluth on May 21.

The bill language says that it “prohibits the decommissioning of five Littoral Combat Ships and directs a report on alternate uses of these vessels” as well as calling for a report to explore the potential sale to “partner nations” of the four ships that will be decommissioned.