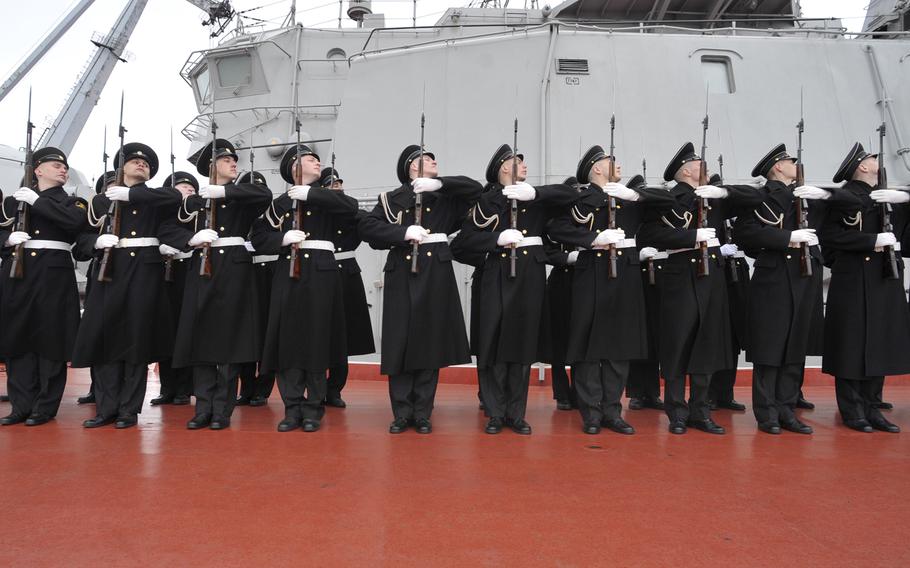 As the U.S. pursues a maritime strategy that prioritizes a blue-water navy, Russia appears to be betting on smaller, missile-laden vessels to help it slowly gain territory and influence, according to military analysts.

Smaller Russian warships like corvettes and frigates aren’t built for fights with the U.S. Navy.

Instead, they provide coastal defense in the Black and Baltic seas, and allow Russia to harass cargo ships and credibly threaten its neighbors, said Bryan Clark, director of the Hudson Institute’s Center for Defense Concepts and Technology.

And while Ukraine has had success in crippling or sinking some of Russia’s vessels, the Kremlin’s strategy in coastal and regional waters presents difficulties in the long run for the U.S. mission to deter Russia from attacking American allies and partners.

Destroyers, cruisers and aircraft carriers allow the U.S. to project power. But the Navy lacks small and powerful ships that are cheap to operate and easy to keep deployed. Such ships are better at addressing day-to-day Russian aggressions, Clark and other analysts said.

“The problem is the big-war capabilities the U.S. Navy has are not really well-suited to compete in that way,” Clark said. “They kind of have to come in as large deployments of carrier strike groups that have to defend themselves, and that tends to be seen as provocative by countries in the region.” 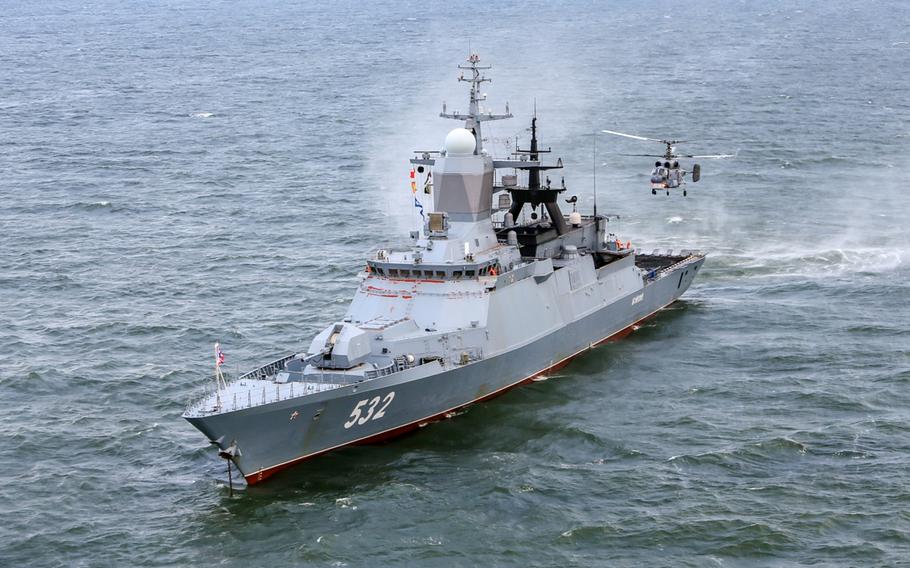 A helicopter practices landing on the Russian corvette Boikiy in the Baltic Sea in 2021. Naval analysts say the U.S. and its partners need more smaller warships, such as corvettes and frigates, to deter Russia effectively in the Baltic and Black seas. (Russian defense ministry)

The Navy tried to fill this gap with the littoral combat ship, which once was scheduled to compose about one-sixth of its fleet. But the program was beset by cost overruns from the start, followed by failures to deliver the capabilities it promised.

The Navy is proposing to ditch all nine of its Freedom-class littoral combat ships next year, according to the service’s 2023 budget, though there is a House bill under consideration that would repurpose five of the ships.

The service instead wants frigates, which could take on some similar duties while carrying more armor and firepower than the LCS variants.

But the acquisition program for the new Constellation class, based on a ship already in use by the French and Italians, was slowed because of congressional concerns about the design, according to a March USNI News report.

The frigate USS Constellation is expected to begin construction this year and isn’t expected to be operational for at least a few more years. On Thursday, the Navy announced it agreed to procure the third frigate of the class.

The U.S. Navy is far ahead of Russia when it comes to large ships and capabilities. But it has 30 small surface combatant vessels, which include the littoral combat ships, according to a Congressional Research Service report in May.

Meanwhile, Russia has 86 corvettes and 11 frigates, though it’s unclear how many are in service, according to Globalfirepower.com, which tracks international military strength. 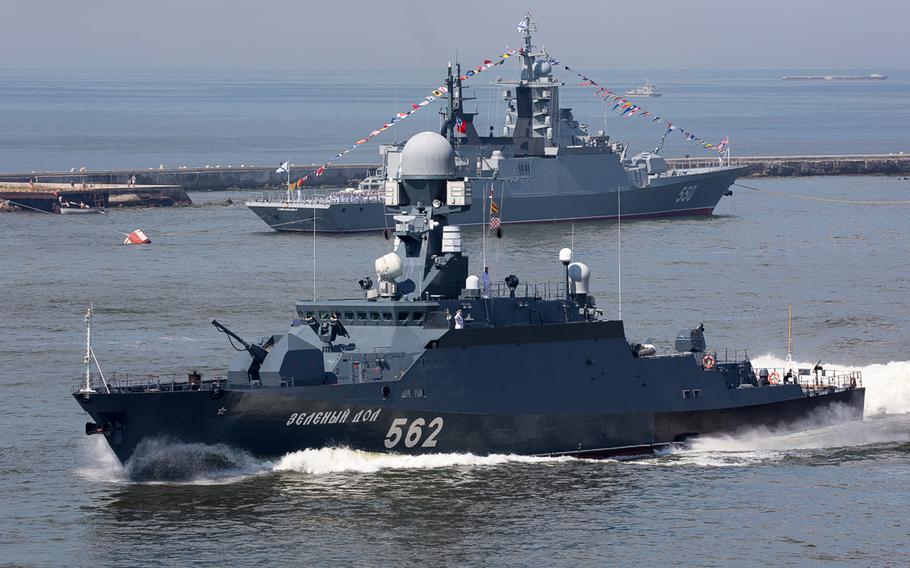 The Russian small missile ship Zelenyy Dol, foreground, and the corvette Steregushchiy, during Baltic Fleet Navy Day celebrations at Baltiysk in the Kaliningrad region of Russia, in an undated photo. Naval analysts say the U.S. and its partners need more smaller warships to deter Russia effectively in the Baltic and Black seas. (Russian defense ministry)

Deborah Sanders, a specialist in Black Sea security issues at Kings College London, said it’s Russia’s weaponization of those smaller ships and its formidable submarine fleet, chiefly through use of the Kalibr land attack cruise missile, which serve its larger goals from sea.

“That provides the Russian navy with a notable power projection weapon that can be deployed to almost any maritime theater and used to influence, shape and support operations on land, much as we have seen in Ukraine,” Sanders said.

The U.S. wants to deter Russia from provocations or attacks beyond Ukraine that could further destabilize global security.

To do that, it will either need larger contributions of patrols from allies and partners with ships better suited to peacekeeping and policing missions, a larger number of smaller U.S. vessels or a combination of both.

Washington faces similar challenges in Asia, where China’s fleet and ambitions have continued to grow.

The Coast Guard could be part of the solution, Clark said, though it would need more resources to deploy to Europe and the western Pacific.

That could keep the Navy focused on big war scenarios while still allowing the U.S. to keep up with the day-to-day competition for influence.

There also could be a part of the Navy tasked to those coastal and regional missions. The U.S. could build corvettes with missile magazines that could be used for patrols and in the event of a war, Clark said.

A daily presence would show Russia that the eastern Mediterranean and the Black Sea in particular, which is bordered by six nations, isn’t its backyard.

“But you can’t do that if you have a small force of high-end warships because you can’t keep them out there that long,” Clark said.