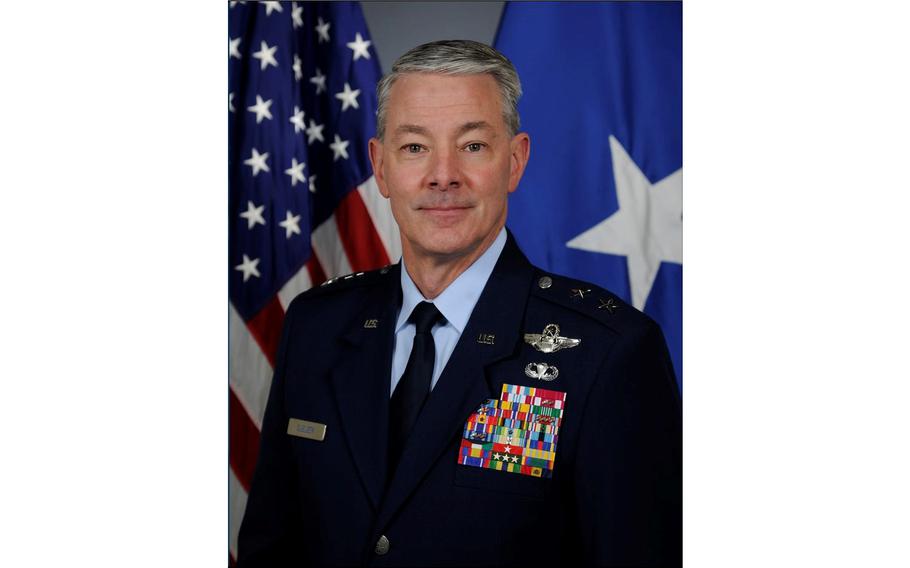 AUSTIN, Texas — Gov. Greg Abbott announced a new commander for the Texas military who has vowed to rebuild trust with state troops as more than 10,000 National Guard members are deployed on one of the state’s largest, longest and most controversial missions.

“I am honored to have been selected to serve in this role and appreciate the trust and confidence Gov. Abbott has placed in me to carry out the immense duties of this office,” Suelzer said in a statement Tuesday. “I look forward to serving our soldiers, airmen and state Guardsmen, and will work tirelessly to rebuild trust within our organization.”

The news comes after months of media coverage about the 10,000 troops deployed on a state-sponsored border security mission. Troops have faced a number of issues, including late paychecks, lack of necessary equipment and cramped living conditions for a mission that some soldiers have said lacks purpose.

The border mission, known as Operation Lone Star, began one year ago with about 500 troops working alongside the Texas Department of Public Safety to curb illegal activity between the legal entry points connecting Texas and Mexico. In October, the mission rapidly expanded to about 10,000 troops and officials have conceded there were problems that came with the increase.

The problems led to some troops joining the Texas State Employees Union to help them advocate for better working and living standards at the Texas Capitol.

The Texas Military Department did not comment on whether the change of commanders was related to the handling of the border mission and did not state whether there were any pending investigations. Norris’ appointment expired Feb. 1, according to a statement from Abbott’s office. 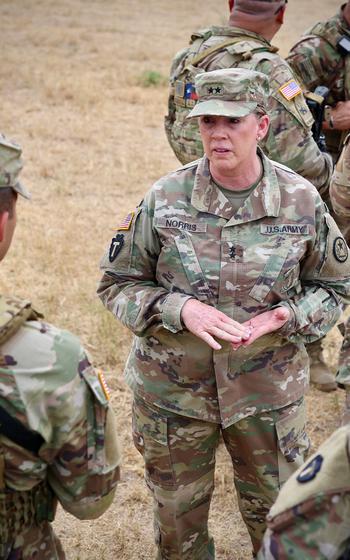 Maj. Gen. Tracy Norris seen during a visit to troops serving along the Texas border with Mexico in October 2021. She became adjutant general of the Texas Military Department in January 2019. Norris has led troops through one of the state’s largest, longest and most controversial missions. Gov. Greg Abbott announced Monday that Maj. Gen. Thomas Suelzer will replace her. (Photo provided by the Texas Military Department)

Norris was announced as the first woman to lead Texas troops in December 2018 with support from Abbott and a formal ceremony the following month.

“I’m very proud and honored to have served as the adjutant general for the great state of Texas, particularly during a time of great transition and historic ops tempo for the Texas National Guard,” Norris said in a statement Tuesday. “I look forward to my retirement and transition into a new season of life out of uniform.”

The Texas Military Department said Tuesday that Suelzer has already assumed all responsibilities as commander and a ceremony is in the planning stages.

The adjutant general is the highest-ranking officer in the state and oversees the Texas Military Department, which includes roughly 22,000 Army and Air National Guard troops and about 1,900 members of the Texas State Guard.

Suelzer comes into the job from his post as the deputy adjutant general for air and served as the top adviser to Norris on Air National Guard issues. He was responsible for the management and direction of policies, plans and programs affecting more than 3,200 Air National Guard personnel.

Abbott’s announcement did not include who will replace Suelzer. The position of deputy adjutant general is a gubernatorial appointee.

Next month, Suelzer or another Guard official has been called to sit before the newly created Texas Senate Committee on Border Security to discuss the budget of Operation Lone Star. The mission at its current size costs about $2 billion a year, the department said.

However, the state only allocated about $412 million to the Texas Military Department for Operation Lone Star, according to documents presented by the Texas Legislative Budget Board in a March meeting of the border security committee.

Abbott approved an infusion of funds in January to the department, which is expected to last through the spring.

At a news conference last week, Abbott and state police officials praised the Guard’s work at the border.

“Without the efforts of what we have put in over the past year, there would be millions of deadly drugs on the streets in Texas. There would be thousands more human trafficking victims. There would be no resources to respond to the complaints and concerns by the ranchers and residents,” Abbott said.