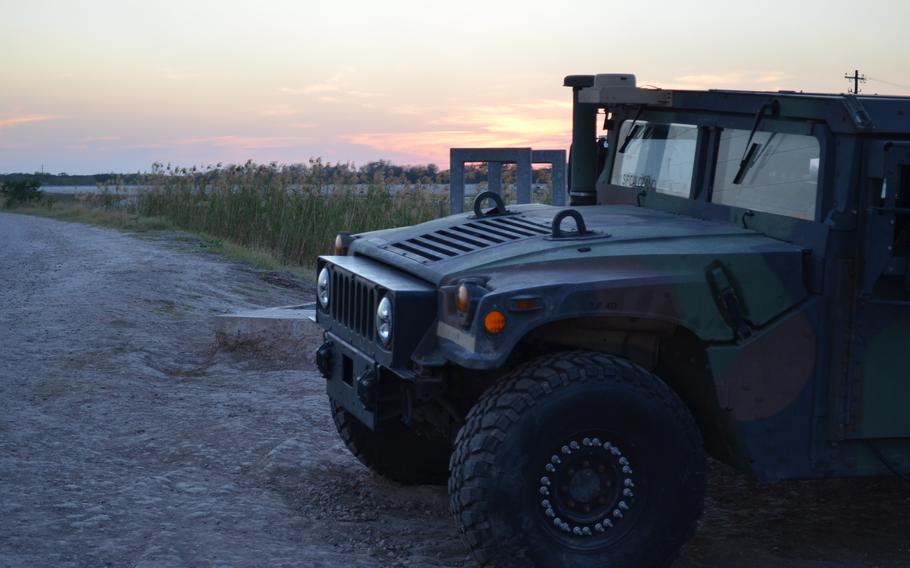 A Texas National Guard observation post is seen along the Rio Grande in Mission, Texas, on Jan. 19, 2022. (Rose L. Thayer/Stars and Stripes)

A 19-year-old soldier from Spring, Texas, died Monday from an accidental shooting while deployed with the Texas National Guard’s security mission along the U.S.-Mexico border, according to military officials and police.

Spc. Dajuan Lester Townes enlisted in October 2019 and served as a horizontal construction engineer assigned to the 272nd Engineer Company, 386th Engineer Battalion, aligned under the 176th Engineer Brigade in the Texas Army National Guard, according to the Texas Military Department.

Townes was involved in an accidental shooting at Fort Clark Springs in Kinney County, according to local law enforcement. Townes was deployed to the rural West Texas county for Operation Lone Star, the state’s border security mission. The incident was unrelated to the mission, according to Guard officials.

The Texas Military Department and the Texas Rangers, the criminal investigative branch of the Texas Department of Public Safety, are investigating the incident. Neither agency has provided any details about what led to the shooting or whether other soldiers were involved.

About 10,000 troops are deployed for Operation Lone Star, working with state police to patrol the border for illegal activity such as trespassing, drug smuggling or human trafficking. Troops are also building fences along the border.

The mission has come under scrutiny in the past few months, triggering at least one lawsuit, a federal discrimination complaint, and calls from state and federal lawmakers to investigate whether it’s legal for Texas to conduct border security and make arrests. Others have called for a review of the treatment of troops assigned along the border, as news reports and the governor’s political opponents have said there’s been a disregard for the hardship that the deployment has caused some service members.

The military department has confirmed at least two soldiers assigned to the mission died by suicide.

“The Texas Military Department is working directly with the family to provide all support necessary,” according to a statement from the state agency. “All members of Operation Lone Star have access to behavioral health and wellness resources, and additional resources have been dispatched to support the Texas Guardsmen affected during this difficult time.”