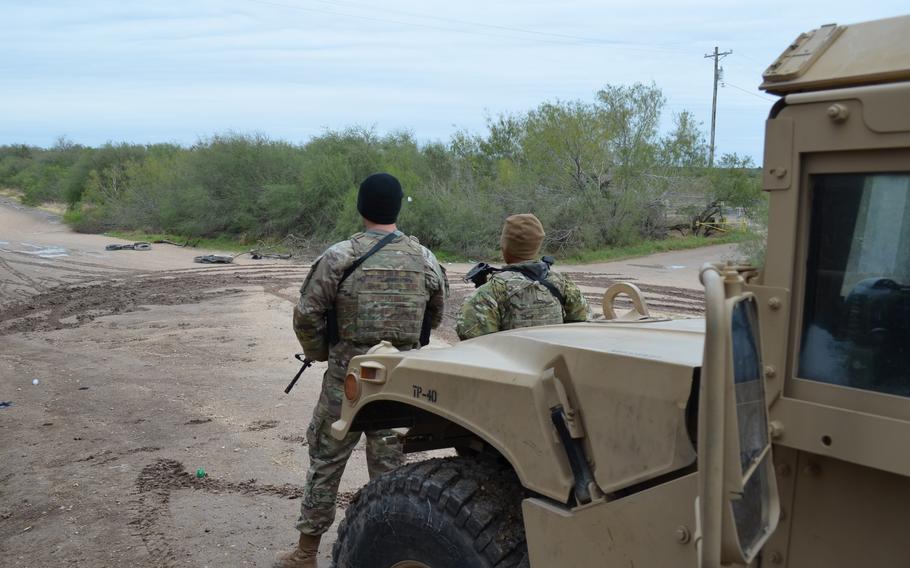 The officials pulled the funds from the state Department of Criminal Justice’s budget and said it was necessary because “insufficient funds” for border security had created an “emergency.”

The Guard spent about $1.4 billion in its first year of the mission, Maj. Gen. Thomas Suelzer, Texas Military Department adjutant general, told state lawmakers earlier this year. He said he anticipated to spend the same in fiscal 2023.

This is more than Texas lawmakers appropriated for the military department’s budget, and this was not the first time Abbott has transferred funds to keep it operational. Officials conducted a similar transfer of about $500 million in April, which supported the border mission for about four months.

The mission, known as Operation Lone Star, puts Texas National Guard troops along the state’s border with Mexico to stop criminal activity between the legal ports of entry. The service members have the authority to arrest people suspected of violating state law and work closely with the Department of Public Safety.

"As the crisis at our border continues, it is critical that the legislature continues to fund Operation Lone Star as the flow of illegal immigrants, weapons and drugs has hit unprecedented levels," state Sen. Joan Huffman, chairwoman of the Senate Finance Committee, said in a statement. "Because the federal government has completely neglected this emergency, imagine how unsafe communities across the country would be had Texas not stepped up to provide its full support.”

There were about 5,400 troops deployed to the border as of July. The Texas Miliary Department did not immediately respond to questions about the size of the border force now or how long they expected the new infusion of money to support operations.

The Texas Legislative Budget Board presented a budget request Wednesday to the state’s House Appropriations Committee. In it, the Texas Military Department ranked Operation Lone Star ninth on a list of large expenditures it would like to be funded in 2024 and 2025.

However, it did not list an estimated cost because the size, scope and duration have not been determined, according to the budget documents. The state legislature will finalize the new budget in May.