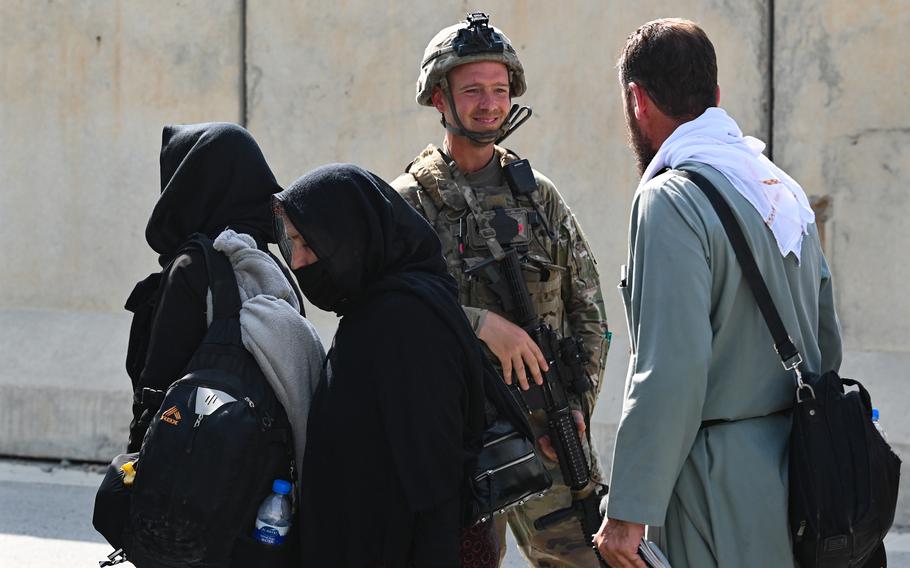 An Army paratrooper facilitates the evacuation of U.S. citizens, Special Immigrant Visa applicants and other at-risk Afghans in Kabul on Aug. 22, 2021. SIV applicants will have to file fewer forms, and their paperwork will now be handled by one government agency instead of two, the State Department announced July 18, 2022. (U.S. Central Command)

Changes to a program to provide visas to interpreters who worked with American forces during the war in Afghanistan could reduce waiting times by about a month, the State Department announced Monday.

Starting Wednesday, Special Immigrant Visa applicants will have to file fewer forms, senior White House officials told reporters on condition of anonymity because they were not authorized to speak on the record.

New applicants also will no longer have to send a form to the Department of Homeland Security and will deal exclusively with the State Department, the officials said.

The Special Immigrant Visa program, or SIV, has seen case delays lasting years because of understaffing and a reliance on outdated technology, a State Department Inspector General report in 2020 said. 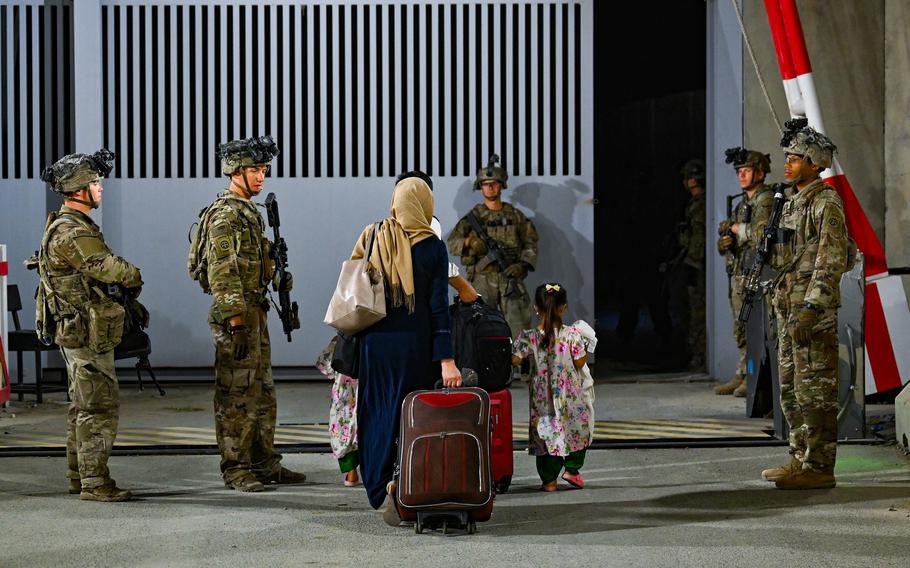 Army paratroopers guard a gate Aug. 22, 2021, in Kabul, Afghanistan, during the evacuation of U.S. citizens, Special Immigrant Visa applicants and other at-risk Afghans. New SIV applicants will no longer have to send a form to the Department of Homeland Security and will deal exclusively with the State Department, senior White House officials said July 18, 2022. (U.S. Central Command)

The U.S. welcomed some 74,000 Afghans after the fall of the American-backed government to the Taliban in August 2021. About half of them are eligible for SIVs or have applied, a senior administration official said.

Some 74,274 applicants in Afghanistan and around the world are in processing now for the special visas, but between 40% and 50% of applicants are turned down early in the process because they lack the right paperwork or are ineligible, a senior administration official said Monday.

The official said about 50 people are now working to process Afghan SIV cases, a drastic increase from the total of eight in 2020.

“The U.S. government has yet to fulfill its moral, congressional and court-ordered obligations to Afghan and Iraqi SIV applicants,” said Kathryn Austin, a lawyer for the New York-based IRAP.