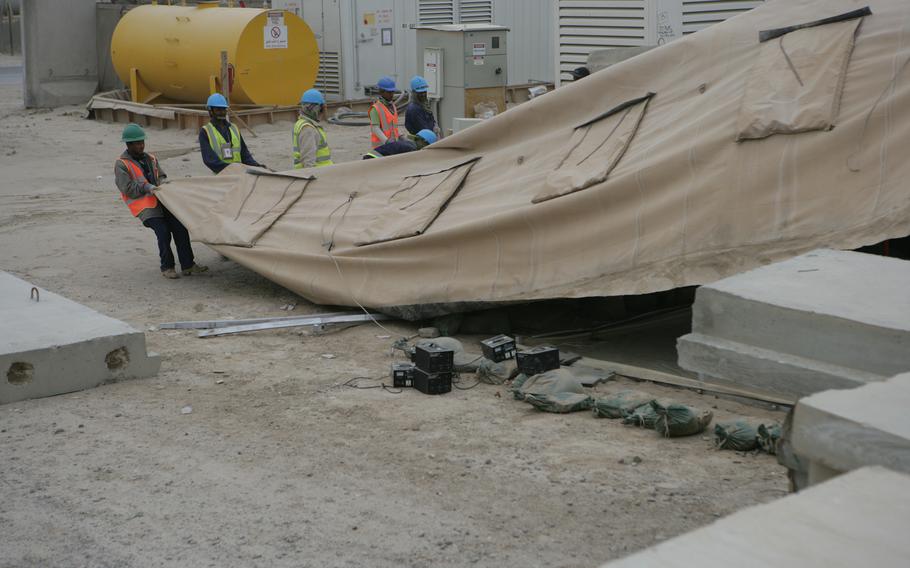 A defense contractor agreed to pay $13.67 million to settle a whistleblower lawsuit alleging that its employees accepted kickbacks while providing logistics support to U.S. Army forces in the Middle East.

The lawsuit accused employees of the Houston-based Kellogg Brown & Root Services Inc., known to troops who deployed to Iraq and Afghanistan as KBR, of rigging contracts and overcharging the government, the Justice Department said in a statement Tuesday.

Some $4,253,174 of the settlement is considered restitution, but the company resolved the lawsuit without admitting liability, the text of the agreement said.

The lawsuit began as a whistleblower case in 2006 alleging violations of the False Claims Act and the Anti-Kickback Act, the agreement said.

The federal government took on the case in 2013 and accused three employees working at KBR and its associated companies of accepting bribes from subcontractors from November 2002 through January 2005.

In one allegation, the government said a KBR employee colluded with a company in Kuwait to receive a kickback in exchange for rigging the bidding process for a contract to lease trucks to bring refrigerated items to troops in Iraq.

The employee steered two contracts to the company at inflated prices and falsified records to justify the overpayment, the government alleged.

Other allegations include kickback schemes for contracts for cleaning services and to provide fuel storage tankers at U.S. bases in Kuwait.

The military’s special agent in charge of the case said investigators were satisfied with the settlement, the statement Tuesday said.

“Kickbacks and overcharges have an inherently corrosive effect and undermine the integrity of the procurement process,” L. Scott Moreland of the U.S. Army Criminal Investigation Division said in the statement.