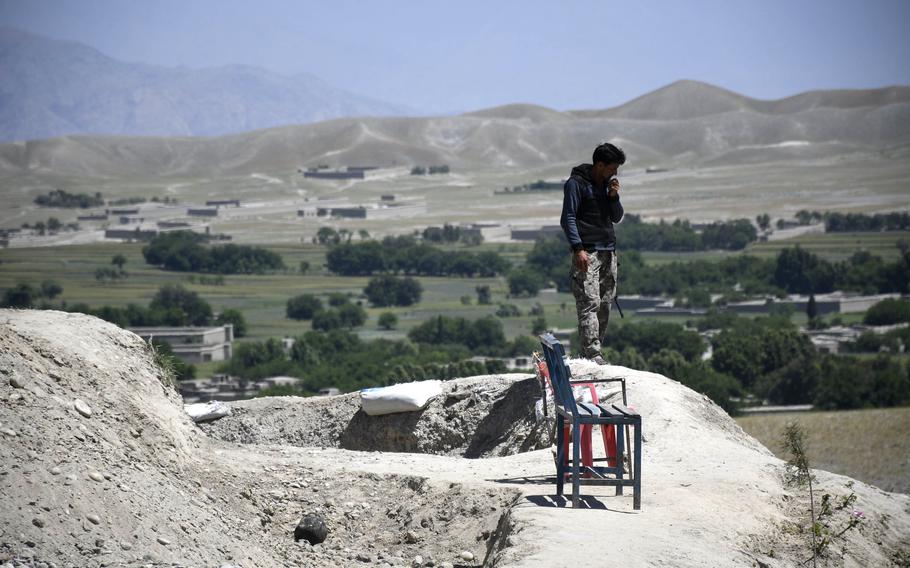 A soldier with the former Afghan National Army’s Territorial Force looks out from his outpost in rural Nangarhar province of Afghanistan on May 10, 2020. The soldier’s commander said the unit lacked enough ammunition to fight against the Taliban for more than a few minutes. (J.P. Lawrence/Stars and Stripes)

The signing of a deal between the U.S. and the Taliban devastated morale in the Afghan security forces and was the most important factor leading to their rapid collapse last summer, a government watchdog agency report issued Wednesday said.

“Many Afghans thought the U.S.-Taliban agreement was an act of bad faith and a signal that the U.S. was handing over Afghanistan to the enemy as it rushed to exit the country,” John Sopko, the special inspector general for Afghanistan reconstruction, said in the report.

It outlines how U.S. actions during the withdrawal from Afghanistan, often done without communication to Afghan allies, fueled mistrust and paranoia, which led to mass surrenders.

The Afghan military, despite years of American training and some $90 billion in investment by the U.S., fell to a Taliban onslaught in August 2021 that captured all but one of the country’s provinces in just 10 days.

But the collapse began in early 2020, after Afghan troops and politicians learned of the Trump administration’s deal with the Taliban, the report said, drawing on interviews with 40 Afghan and U.S. officials.

The deal stipulated that the U.S. would withdraw all military personnel and contractors from Afghanistan in exchange for Taliban promises not to attack U.S. troops, as well as agreements on counterterrorism and peace talks with the government in Kabul. 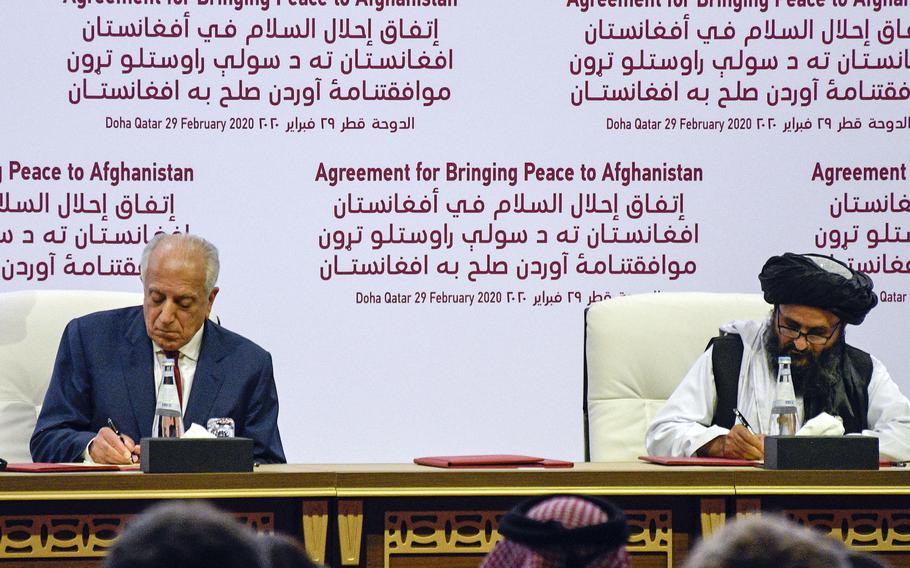 News of the deal led to a dramatic loss in morale among Afghan troops, many of whom believed that their allies were signing a deal to surrender their country to their enemies, the report said.

Afghan leaders and commanders were unnerved that their U.S. allies did not share with them what was contained in secret written and verbal agreements with the Taliban, the report said.

Classified annexes in the deal have not been revealed to this day. They most likely detail the Taliban’s counterterrorism commitments and restrictions on fighting between the U.S. and the Taliban, analysts told SIGAR.

But from the perspective of Afghan troops, U.S. secrecy created uncertainty. Afghan forces said they saw that they could no longer count on U.S. air support, which they had come to rely on, the report said.

One Afghan general told SIGAR that U.S tactics changed without any explanation, such as a refusal to strike Taliban fighters who were a certain distance away from an attack on his positions.

The report said that Afghan troops also were shaken by the U.S. demand that the government release 5,000 Taliban fighters, who then ignored their signed pledges not to rejoin the fight and instead energized the group’s combat power.

In addition, the U.S. under the Biden administration left the Afghan military’s main transportation hub, Bagram Airfield, without telling the Afghan commander, leading to looting.

The Taliban took advantage of the mistrust among Afghan troops in the wake of the deal. Elders aligned with the militant group went to military commanders and told them that the U.S. had surrendered their districts to the Taliban and that there was no reason to fight anymore, investigators found.

The Taliban also would offer money to some troops, who often went months without getting paid. The surrender of one unit to the Taliban would lead others to panic and then surrender as well, the report said.

Afghan political leaders also were to blame for the collapse, SIGAR said. Former Afghan President Ashraf Ghani believed U.S. rhetoric about leaving only if the Taliban stuck to the agreements laid out in the withdrawal deal, the report said.

But the U.S. knew by April 2021 that the Taliban were confident of achieving a military victory without any peace deal and still was set on leaving, the report said.

“The Afghan government read the U.S.-Taliban agreement as the conditions-based peace deal it purported to be, not the calendar-based withdrawal deal that it had become,” the report said.

As a result, Ghani didn’t develop a plan to defend the country and didn’t know until just a few months before his country’s collapse that his military was almost completely dependent on U.S. logistics, the report said.

It added that Ghani was overly concerned with staying in power and continually swapped out military leaders, refusing to help militias aligned with his perceived rivals in the U.S.-backed government.

Abdul Rahman Rahmani, a former Afghan air force pilot, told Stars and Stripes Tuesday that he shares the SIGAR report’s assessment that there is plenty of blame to go around.

Afghanistan could have defended itself after the U.S. withdrawal, but the secret annexes of the Doha deal caused panic and the country’s leaders were too self-interested, said Rahmani, who now lives in the United States.

“The U.S. tied our hands from behind after Doha deal, but we must not forget what Afghan leaders did,” Rahmani said.