Maj. Anthony Aragon, a civil affairs team leader with 1st Battalion, 2nd Marine Regiment, Regimental Combat Team 2, talks to an Afghan contractor about a canal project during a patrol in 2010. While most work contracts in support of Afghanistan have been settled, the military unit closing out these contracts says the process could take years to fully close, due to the possibility of future claims and litigation by contractors. (Ned Johnson/U.S. Marine Corps)

The American war in Afghanistan may have ended, but the military still has paperwork to turn in.

The Pentagon is terminating contracts totaling billions of dollars meant to fund an Afghan security force that no longer exists. The process could prompt years of lawsuits, according to a report by the Special Inspector General for Afghanistan Reconstruction that was released Wednesday.

The contracts came from the Afghanistan Security Forces Fund, which provided some $81 billion for equipment, salaries and facilities maintenance since 2005, the report said.

Following the collapse of the U.S.-backed Afghan government on Aug. 15, 2021, the Defense Department began reallocating funds meant to pay soldiers and police and ending contracts to maintain their bases and equipment.

The U.S. stopped payments on those contracts in August 2021, Navy Lt. Josie Lynne Lenny, a spokeswoman for U.S. Central Command, said in an email Tuesday.

The military identified approximately 900 contracts that needed to be closed out, the U.S. Army said in a March statement. This involves figuring out how much the U.S. still needs to pay to the vendors. 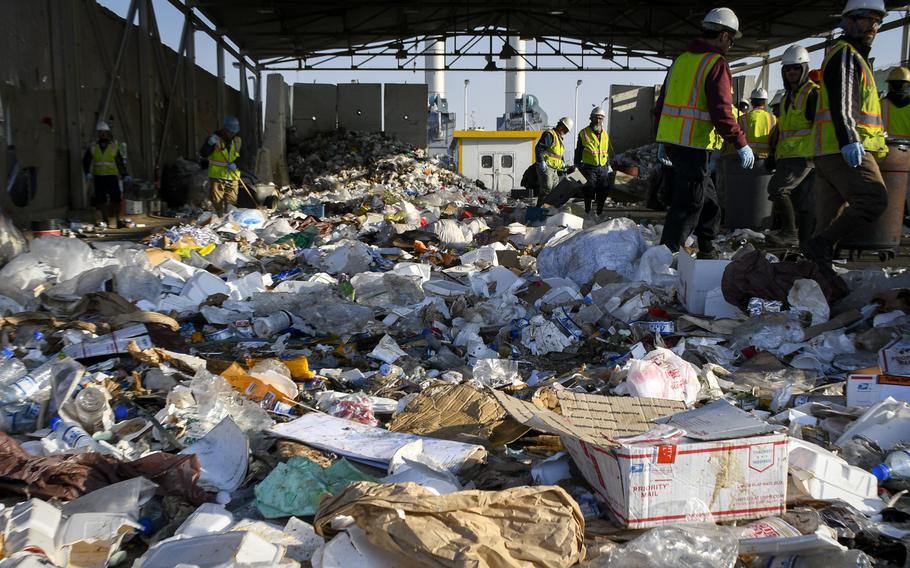 Local contract workers pick through the 70 tons of garbage made each day by U.S. and NATO soldiers at Bagram Airfield, Dec. 14, 2018. The U.S. military is in the process of closing out hundreds of contracts related to the war in Afghanistan, a watchdog agency report released May 4, 2022 said. (J.P. Lawrence/Stars and Stripes)

“We owe it to the American taxpayers to responsibly manage the deliberate [and] equitable cessation of those contracts that are no longer needed,” Lenny said in an email Tuesday.

If the military does not settle amicably with the contractors, lawsuits are possible, said Molly Dunigan, a senior political scientist at Rand Corp, a nonprofit research institution.

“The speed of closing out these contracts down to zero, and doing so quite suddenly, is unprecedented,” said Dunigan, who has written extensively on U.S. military contracting over the past 20 years.

While most of the contracts have been settled, the military unit closing them out says the process takes years because of the possibility of future claims and litigation by contractors, the SIGAR report said.

This unit, the Defense Security Cooperation Management Office-Afghanistan, reflects how the suddenness of the collapse of the Afghan military affected the Pentagon’s plans.

But the unit, originally assigned a two-star general, shrank in scope and as of March consisted of just four service members and two DOD civilians, the report said.

Many of the local contractors the unit needed to contact were either nowhere to be found or in the process of fleeing the country, Air Force Tech. Sgt. Michael Dawson, one member of the unit, wrote in a February Air Force financial management newsletter. 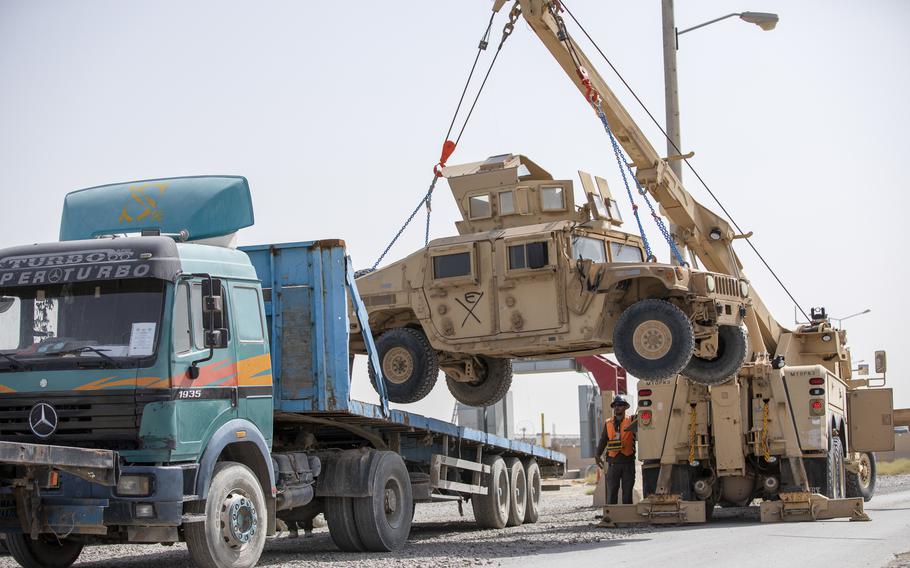 U.S. soldiers and contractors pack up Humvees in Kandahar, Afghanistan, July 13, 2020. While work contracts in the country are now being closed out, other loose ends from the collapse of the Afghan government include an estimated $7.12 billion worth of military equipment that remain in Afghanistan. (Jeffery Harris/U.S. Army)

Dawson said he resisted pressure to remove some contracts from the books and “accept the risk” of a lawsuit later.

The military also had difficulties sending payment to Afghan companies because of U.S. sanctions on the Taliban government, the Army said in March.

The unit’s task now is closing out contracts it oversaw, such as ones for a $19 million closed-circuit television surveillance system in Kabul or a barracks renovation in Kandahar. The unit is set to close June 1, the SIGAR report said.

How much money the military recouped from these contract closures is unclear, according to a January SIGAR report.

Other loose ends from the collapse of the Afghan government include an estimated $7.12 billion worth of military equipment provided by the U.S. that remain in Afghanistan, the most recent SIGAR report said.