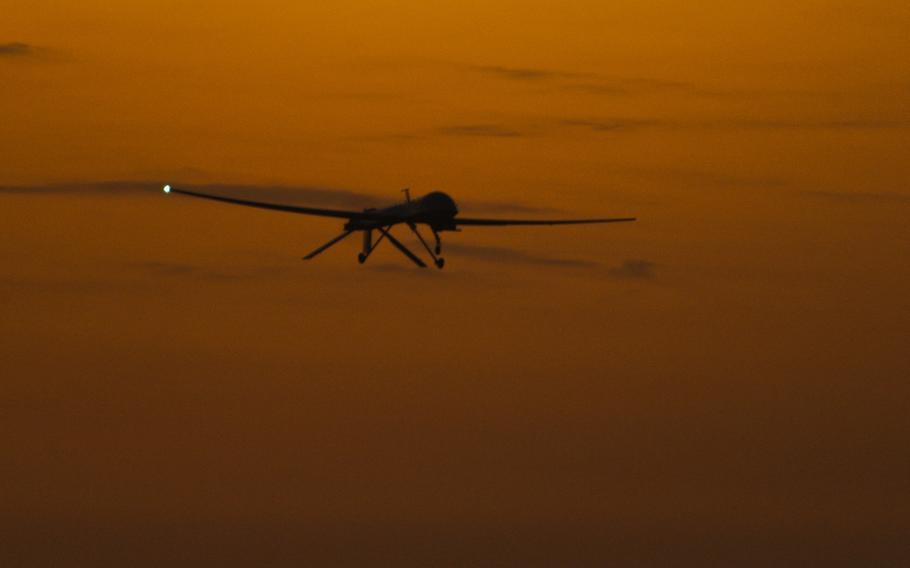 The Islamic State group’s branch in Afghanistan likely will develop the ability to target the U.S. homeland within the next 12 to 18 months, a Pentagon report said.

The group, known as ISIS-K, has grown stronger and recruited more fighters since the U.S. withdrawal from Afghanistan, U.S. Central Command said in Tuesday’s report by the Defense Department Inspector General.

The report did not elaborate on the group’s capabilities or how it might target America.

ISIS-K’s growth comes as the U.S. military’s abilities to track and stop threats in Afghanistan have become “significantly reduced,” military officials said in the report.

The findings reviewed plans to check terrorist threats from Afghanistan in the wake of the U.S. withdrawal from the country last year.

The Taliban agreed to prevent terrorists from using Afghan soil to threaten America in the deal that secured the withdrawal of U.S. and allied troops.

But the Taliban government is finding it difficult to contain the estimated 2,000 members of ISIS-K, the report said.

“Absent effective pressure, that threat will only grow and metastasize over time,” former chief of Central Command Gen. Frank McKenzie said in March.

The U.S. created a new “over the horizon” counterterrorism mission, Operation Enduring Sentinel, which has approximately 100 staff members operating out of Doha, Qatar, at a cost of about $19.5 billion a year, the report said.

While U.S. generals have said the Pentagon will retain the ability to launch airstrikes in Afghanistan from afar, the military has not launched any airstrikes on targets in the country since the troop withdrawal ended Aug. 29, 2021, the report said.

The long distance between Qatar and Afghanistan means that U.S. drones can surveil targets there only for a limited amount of time, said Gen. Michael Kurilla, head of Central Command.

The U.S. also lost intelligence sources when the Taliban took over the country, which prompted an exodus of allies.

American military officials would be open to the possibility of sharing intelligence with the Taliban on a case-by-case basis, Kurilla said.

And the State Department believes the Taliban have taken steps to follow through on their counterterrorism commitments, the report said.

Al-Qaida, the terrorist group that planned the 2001 attacks that led to the U.S. invasion of Afghanistan, is most likely keeping a low profile at the behest of the Taliban, the report said.

Officials with Central Command, however, believe that the Taliban likely will loosen their restrictions on al-Qaida in the future, the report said.

The Taliban government placed some traveling restrictions on al-Qaida members but is expected to allow them greater freedom to move around the country and potentially train and network over the next year or two, the report said.

The Taliban, which have deep ties to al-Qaida, probably will allow older members of the group to remain in Afghanistan as long as they don’t threaten the region’s security, the report said.

However, al-Qaida only numbers about 200 people in Afghanistan and probably does not have the ability to attack the U.S., the report said.