NATO steps up defenses over concerns Russia may use chemical attacks 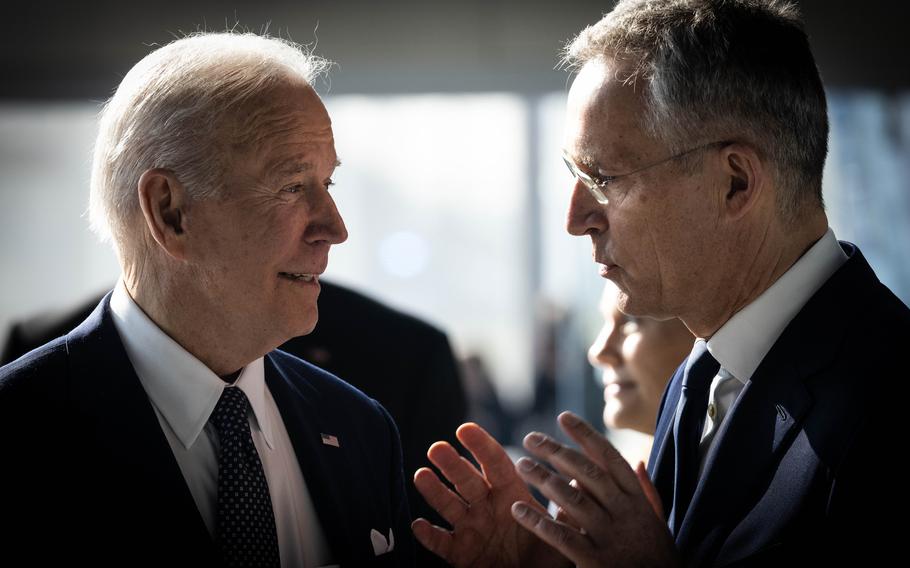 NATO is activating nuclear, biological and chemical defenses in response to concerns that Russia may be preparing a chemical attack on Ukraine, a potential action that the alliance’s top official said Thursday could put neighboring nations at risk.

NATO Secretary-General Jens Stoltenberg, after a meeting of allied heads of state, said the alliance also agreed to send Ukraine gear to protect its people from chemical attacks.

The equipment on the way could include personal protective gear, medical supplies, chemical agent detectors and training for decontamination, Stoltenberg said.

“We are taking measures to support Ukraine and defend ourselves,” Stoltenberg said. 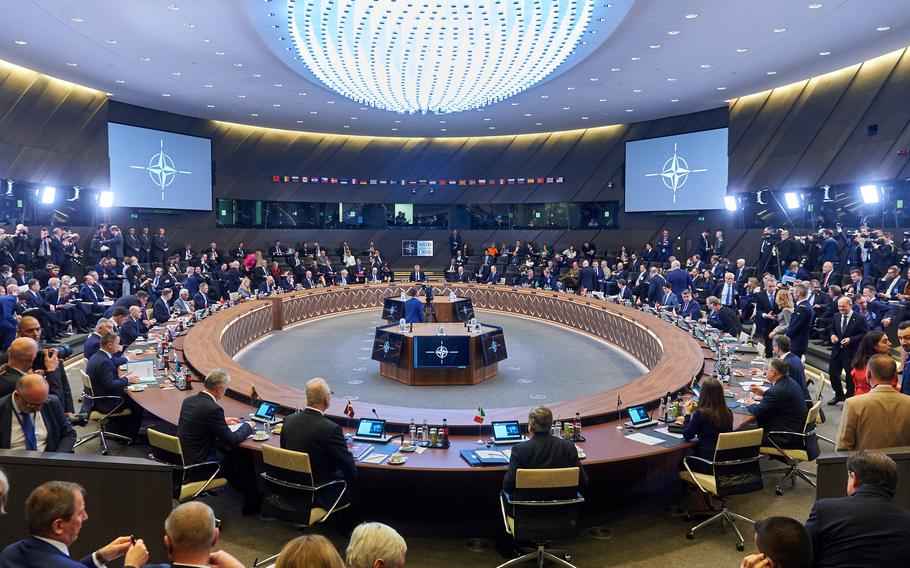 A view of the summit of NATO heads of state at the organization’s headquarters in Brussels, March 24, 2022, to discuss the Russian invasion of Ukraine. (NATO)

U.S. President Joe Biden, who took part in the NATO talks in Brussels before heading to meetings with the G-7 and European Union on Thursday, has warned that Russia could be seeking a pretext to carry out a chemical attack in Ukraine.

Stoltenberg said any such action by Moscow would “totally change the nature of the conflict” and could have a “direct effect on NATO countries.”

“It will be a blatant violation of international law,” he said. “It will have widespread consequences and of course be extremely dangerous.”

In Brussels, NATO also agreed to the establishment of four new battlegroups in Romania, Bulgaria, Slovakia and Hungary. The units, which include forces from across the alliance, are part of NATO’s efforts to enhance defenses on the eastern flank. Bigger changes also are anticipated in the months ahead as NATO prepares for long-term changes to its force posture.

A significantly larger NATO force is expected in the east, but details won’t be finalized until June when heads of state meet again in Madrid, Stoltenberg said.

So far, the U.S. and other allies have rushed in billions of dollars of equipment, including anti-tank Javelins and Stinger anti-aircraft missiles.

“I ask you to reassess your positions and think about security in Europe and in the whole world. You can give us just 1% of all of your airplanes, just 1% of your tanks,” Zelenskyy said.

After the talks, Stoltenberg told reporters that allies are committed to supplying weapons to Ukraine, but that NATO has “a responsibility to prevent this conflict from becoming a full-fledged war in Europe."

Also on Wednesday, NATO announced that Stoltenberg, who had planned on stepping down from his post this year, will remain in his role through September 2023 to help guide the alliance through the challenges posed by Russia.

Stoltenberg, a former Norwegian prime minister, has been NATO’s top official since 2014.