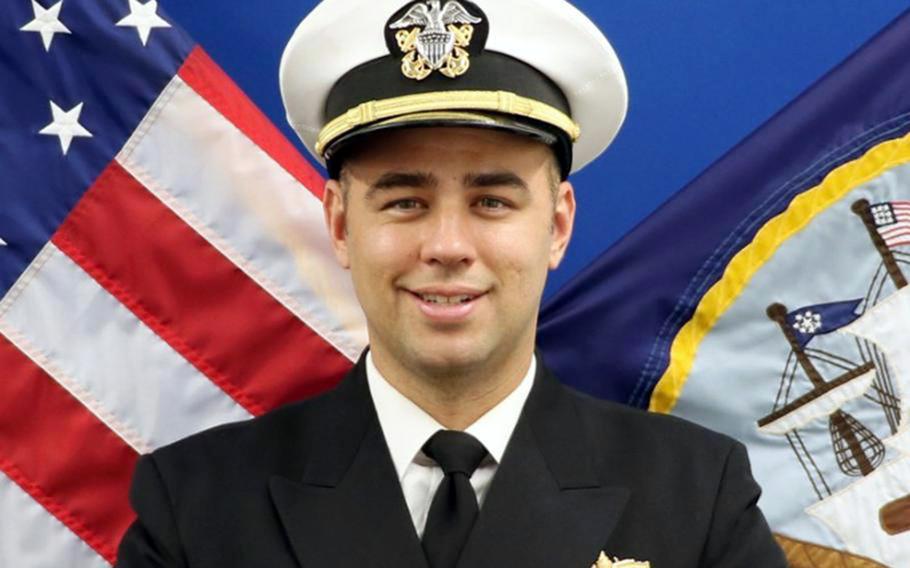 TOKYO — The U.S. president or its ambassador to Japan should seek clemency for Navy Lt. Ridge Alkonis, who faces a prison term in Japan, his wife told CBS Mornings on Friday.

Alkonis, 34, must report at 1 p.m. July 25 to serve three years for negligent driving causing the deaths of two people and injuring a third on May 29, 2021. A judge in Shizuoka District Court convicted Alkonis of falling asleep at the wheel and crashing into a restaurant parking lot in Fujinomiya.

Her husband in court said he blacked out just before the crash due to altitude sickness after he, his wife and their three children hiked on Mount Fuji that day. The judge dismissed that explanation as unlikely.

Alkonis expressed remorse in court and his family paid $1.65 million in restitution to the victims’ families.

Palmer said the Japanese media and public may expect punishment, and that U.S. service members are punished lightly, if at all, for criminal offenses in the country. There’s a “history of resentment” against the U.S. military presence, she said.

“Many Japanese believe it has shielded those who have committed crimes from punishment,” Palmer said during the interview. “They are taken back to the base and into military justice and get off, if not scot-free, at least very lightly.”

That argument has some truth to it, Brittany Alkonis replied, but “that has definitely changed over the past two to three decades.”

A spokesman for Ridge Alkonis, Jonathan Franks, in June suggested that Japanese authorities had mistreated Alkonis and should have returned him to U.S. military custody while he awaited trial.

“Even if there was some, you know, some sort of backroom deal that got him sent on a plane,” his mother told Fox. “Every military person here in this country is at risk of this exact same thing happening to them, and policies need to change so it never happens to anybody again.”

She said the White House “needs to come forward and say [to Japan], ‘You’re our ally, but you made a mistake here and he needs to come home right now, so this never happens again.’”