Senators push for US to send Ukraine powerful armed drones 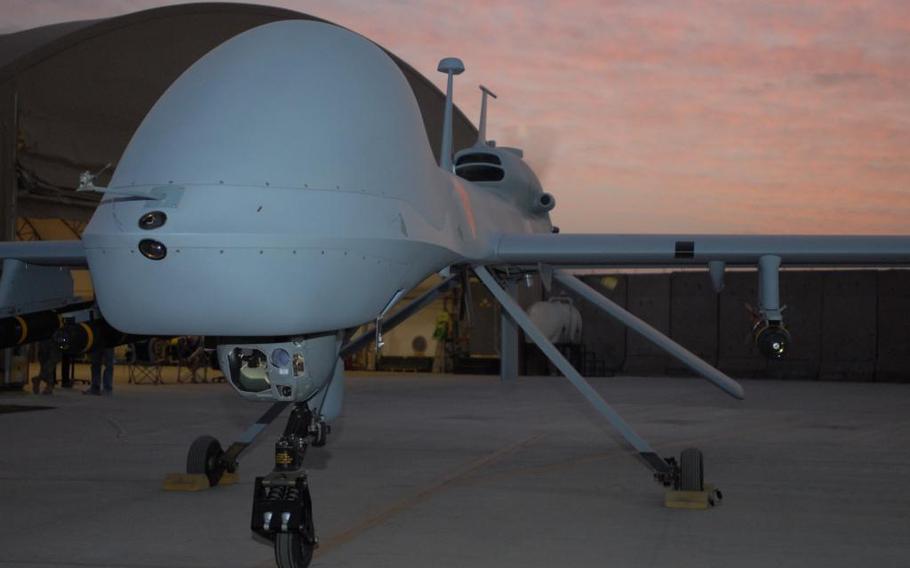 WASHINGTON — A bipartisan group of senators urged the Biden administration on Tuesday to reconsider its hesitancy to transfer advanced armed drones to Ukraine, describing the technology as critical for eroding Russian battlefield advantages.

In a letter addressed to Defense Secretary Lloyd Austin, 16 senators said they supported sending the MQ-1C Gray Eagle tactical drones long requested by Kyiv but reportedly declined by the Pentagon earlier this month. The medium-altitude drones can carry four Hellfire missiles and are capable of flying for nearly 30 hours.

“The long-term upside of providing Ukraine with the MQ-1C is significant and has the potential to drive the strategic course of the war in Ukraine’s favor,” the senators wrote.

Russia’s use of Iranian drones to strike civilian infrastructure threatens to stall Ukraine’s momentum in the nine-month war, the senators wrote, and the Gray Eagle drone could serve as a valuable tool to counter Russia’s arsenal.

The drone could lessen Russia’s long-range fire advantage and, most important, give Ukraine troops the ability to find and attack Russian warships in the Black Sea, the senators said. Russia’s blockade of the sea continues to put pressure on global food prices and the Ukraine economy, which is a major exporter of grains and oilseeds.

“This system’s operational attributes — availability, lethality, survivability and exportability — complement existing weapon systems used by the Ukrainians and will increase the lethality of the Ukrainian military,” the senators wrote.

It would take only 27 days to train Ukrainians how to use the drone, they said.

The legislators dismissed concerns voiced by officials that the sensitive technology aboard the drone could be stolen on the battlefield. They said the system allows for swapping in alternatives to U.S.-specific sensors and noted that the drone’s weapon configurations have been reviewed and exported to more than 25 partner countries.

The U.S. has weighed the transfer of the Gray Eagle drone over the span of 24 military assistance packages to Ukraine. Senators asked Austin to explain by Nov. 30 why the Pentagon still has not provided the weaponry.