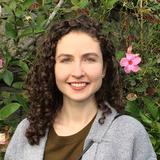 Svetlana Shkolnikova covers Congress for Stars and Stripes. She previously worked with the House Foreign Affairs Committee as an American Political Science Association Congressional Fellow and spent four years as a general assignment reporter for The Record newspaper in New Jersey and the USA Today Network. A native of Belarus, she has also reported from Moscow, Russia. 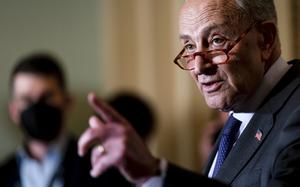 Army’s top civilian defends Russian deterrence program, predicts more US troops could deploy to Europe
Army Secretary Christine Wormuth told House lawmakers that the European Deterrence Initiative might not have stopped Russian President Vladimir Putin from ordering a full-scale invasion of Ukraine in February, but it positioned the U.S. military to respond quickly to it.

USS George Washington suicides raise alarm on Capitol Hill as defense secretary admits problem with sailor housing
Defense Secretary Lloyd Austin told a subpanel of the House Appropriations Committee that the Pentagon is awaiting the results of two investigations into the George Washington and figuring out how to lodge sailors in the future after three of the ship’s crew members died in less than one week in April.

US intelligence officials warn of prolonged war in Ukraine as Russia expands territorial goals
Fighting in Ukraine will be “significant” in the coming months as Russian President Vladimir Putin sets his sights beyond conquering the eastern Donbas region to building a land bridge across the entire Ukrainian Black Sea coast, Director of National Intelligence Avril Haines told the Senate Armed Services Committee.

Pentagon awards nearly $137M for Ukraine weapon acquisitions as Army, Marines spend about $1.5B to backfill US stockpiles
The Pentagon has awarded eight contracts totaling $136.8 million to procure weapons and equipment for the war in Ukraine with another $1.45 billion sent to the Army and Marine Corps for the replenishment of U.S. stockpiles, a Defense Department official said Friday.

Shrinking Army worries lawmakers as military recruitment, retention woes continue
Senators voiced concerns about the shrinking size of the Army on Thursday as Pentagon leaders acknowledged struggles with recruiting qualified young people who do not come from military families.

US weapons stockpiles will not be depleted to dangerous levels for Ukraine war, military officials tell senators
Defense Secretary Lloyd Austin told a subpanel of the Senate Appropriations Committee that the Pentagon is closely watching its inventories and working with the defense industry to replenish weapons such as Javelin and Stinger missiles as soon as possible.

Rebuilding US relationship with Russia will require ouster of Putin, senator says
Russian President Vladimir Putin is not fit to serve, said Sen. Thom Tillis of North Carolina, and any opportunity to restore ties with Russia will need to be predicated on the next leader of the country.

Democrats announce bills to hold Pentagon accountable for civilian deaths in US military operations
The two pieces of legislation — the Department of Defense Civilian Harm Transparency Act and the Protection of Civilians in Military Operations Act — would expand requirements for reporting the incidents and disclosing them to the public as well as move investigations out of the units responsible for the strikes.

US weapon stockpiles worry some lawmakers as Ukraine war rages on
Shipments to Ukraine of weapons such as Javelin anti-tank missiles and Stinger anti-aircraft missiles have cut into the Pentagon’s inventory by about one-third, according to estimates by some lawmakers and experts during a Senate Armed Services Committee hearing.

Senators propose appointing Ukraine aid coordinator to speed up weapon deliveries
A bipartisan group of senators is urging the White House to appoint a coordinator for sending security assistance to Ukraine, arguing the U.S. needs a dedicated person to speed up deliveries of heavy weapons.