US approves sale of $120 million in warship parts to Taiwan, irking China 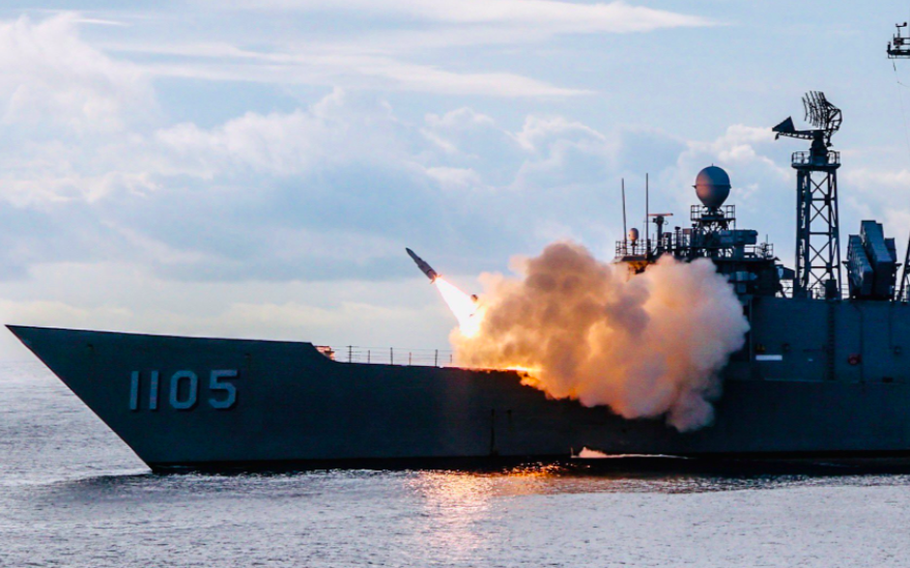 The Taiwanese ship ROCS Chi Kuang launches a missile May 27, 2022, during an annual training event east of Taiwan in the Philippine Sea. (Taiwan Ministry of National Defense)

WASHINGTON — The United States approved a sale of $120 million in warship parts to Taiwan in a move that drew the ire of China during a Chinese Foreign Ministry news briefing Thursday.

The State Department on Wednesday announced it approved a possible foreign military sale to the independently governed island of Taiwan. The deal would include “ship spare parts, ship system spare parts and related equipment,” according to the announcement.

“This proposed sale serves U.S. national, economic, and security interests by supporting the recipient’s continuing efforts to maintain a credible defensive capability,” the State Department said. “The proposed sale will help improve the security of the recipient and assist in maintaining political stability, military balance, and economic progress in the region.”

The sale comes as tensions between the U.S. and China over Taiwan simmer. The U.S. continues to support Taiwan’s right to defend itself and adheres to the One China policy, which states the U.S. acknowledges that China claims control over Taiwan but the U.S. considers the island’s sovereignty unsettled.

Taiwan split from mainland China in 1949 and has its own democratically elected government.

Zhao urged the U.S. to scrap the deal and threatened that China would “take resolute and strong measures to firmly defend its sovereignty and security interests.”

“The U.S. should abide by the One China principle … revoke the arms sales plan, and stop arms sales to and military ties with Taiwan,” he said.

The State Department in its announcement said the sale “will not alter the basic military balance in the region.”

Interoperability is the government’s term to describe two militaries being able to work together on each other’s systems and platforms.

The equipment will come from the Navy’s stock of parts and approved Navy vendors, according to the announcement.