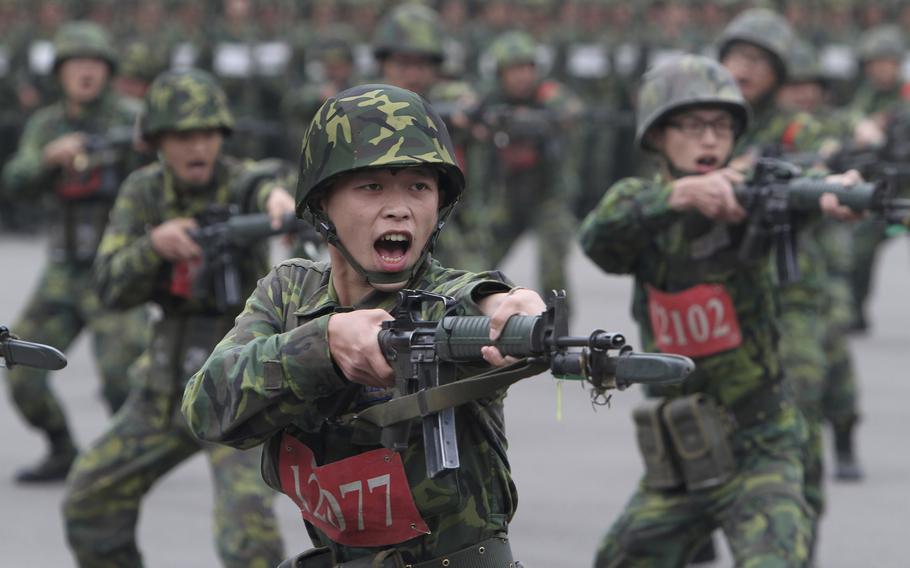 The air and sea “combat readiness patrol” was “a solemn warning about the recent collusion between the U.S. and Taiwan,” Colonel Shi Yi said in a statement on Wednesday from the Eastern Theater Command of the People’s Liberation Army. The command, which is headquartered in the eastern city of Nanjing, didn’t say when exactly the exercises were conducted.

“On the Taiwan issue, the U.S. side says one thing and does another, giving repeated encouragement to ‘Taiwan independence’ forces. This is hypocritical and futile, and will only lead the situation to a dangerous situation, and it will also face serious consequences,” Shi added.

The comments show how much Biden angered Beijing by answering “yes” when asked Monday in Tokyo if the U.S. would act “militarily” to defend the island in the event of a Chinese attack. White House officials later said he was only promising U.S. aid to help Taiwan defend itself in the event of hostilities.

Chinese Foreign Ministry spokesman Wang Wenbin also lashed out at the U.S. at a regular press briefing Wednesday in Beijing, saying “it will incur irreparable consequences and unbearable cost” for supporting Taiwan.

China has a pattern of using the PLA to respond to what it sees as U.S. provocations regarding Taiwan, which Beijing claims as part of its territory that must be brought under control by force if necessary. After a group of senior senators including Republican Lindsey Graham visited last month, China held air and naval training near the island.

The government of President Tsai Ing-wen asserts Taiwan is already a de facto independent nation deserving wider international recognition. The Biden administration has stepped up its backing since Russia’s invasion of Ukraine in February, partly to deter any attack across the Taiwan Strait.

China’s top diplomat, Yang Jiechi, last week warned the U.S. about its increased support for the government in Taipei, saying: “If the U.S. side insists on playing the Taiwan card and goes further and further down the wrong road, it will certainly lead to a dangerous situation.”