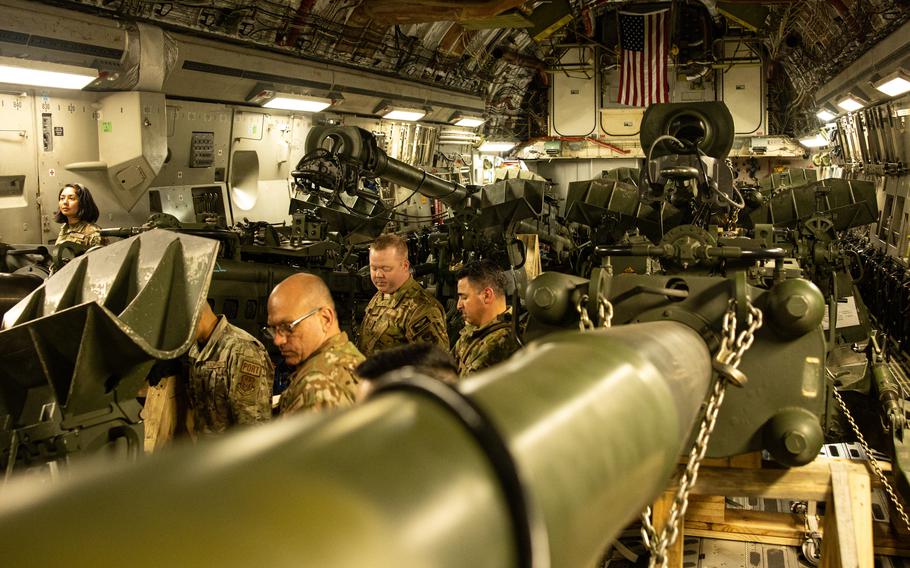 The package also will include 18 tactical vehicles to tow the 155mm M777 howitzers, 18 artillery tubes and three counter-artillery radars, he said.

With the additional $100 million, the U.S. has now sent Ukraine a total of $3.9 billion in military aid since Russia invaded the country on Feb. 24.

“I cannot give you an exact date of when it's all going to show up in Ukraine, but you can imagine having seen us do this in the past that we're not going to sit on our hands,” Kirby told reporters at the Pentagon. “We'll start flying that stuff immediately.”

On average, it has taken about four days between the time a military aid package is approved to when it ships out to Europe, senior U.S. defense officials have said.

The 18 howitzers and associated parts add to the roughly 90 howitzers that the U.S. has delivered Ukraine in earlier security assistance packages.

The artillery is of particular importance as fighting has focused in the Donbas region of eastern Ukraine, which Kirby has said requires long-range munitions.

The $100 million package closes out the funding approved in the supplemental aid bill Congress passed in March, which included roughly $6.5 billion earmarked for Ukraine security assistance and related U.S. military operations in Europe.

“Future drawdown packages will probably, at least in terms of the frequency, look a lot like what we've done in the past,” he said. “We’re going to meter these out appropriately so that Ukraine is getting what it needs in the fight that they're in, and that fight could change over time.”