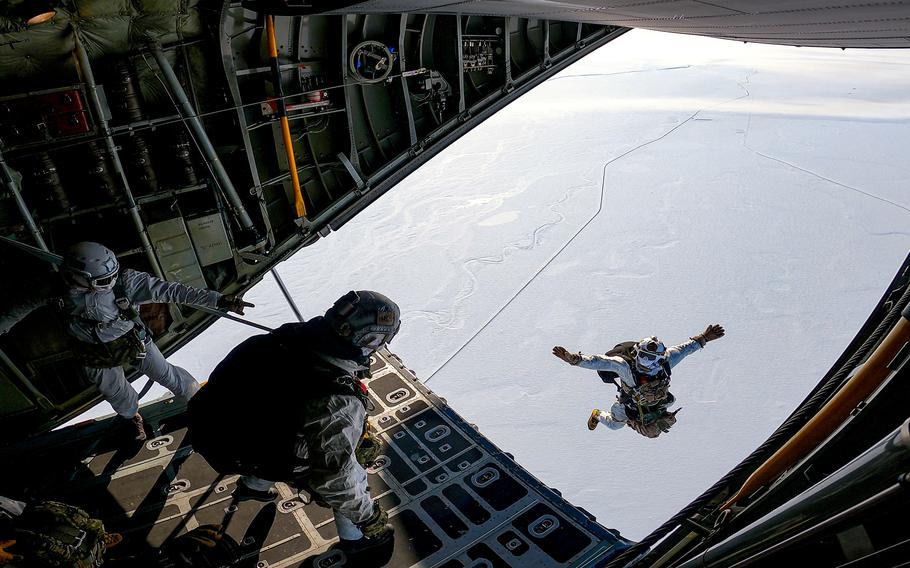 WASHINGTON — Navy and Marine Corps officials said Wednesday that the potential inclusion of Finland and Sweden in the NATO alliance would boost U.S. military activity in the Arctic and the Baltic Sea.

The Nordic countries have long trained with the U.S. and other NATO members but their bid to join the alliance in the wake of Russia’s war in Ukraine would be a boon to security in the increasingly contested Arctic, officials told House lawmakers. Russia and China have growing ambitions in the region as climate change opens new opportunities for transit and exploration.

“I look forward to the prospect of Sweden and Finland joining NATO,” Navy Secretary Carlos Del Toro told the House Appropriations Committee during a hearing on the Navy’s budget. “I foresee a day when we’re actually increasing our maritime operations in the Baltic Sea.”

Finland and Sweden handed in their applications for NATO membership on Wednesday, breaking with decades of neutrality and defense doctrine. Their entry into the alliance would leave Russia as the only non-NATO member of the Arctic Council, an organization that tackles issues raised by the eight countries with Arctic territory.

Gen. David Berger, commandant of the Marine Corps, said the formal addition of two militaries with extensive cold-weather experience would be a boon for training in the region. Norway, a founding member of NATO since its inception in 1949, has shown U.S. troops how to fly and perform maintenance on helicopters in subzero temperatures, for example.

“Norway, Finland, Sweden — they’re the best in the world in operating in that environment persistently,” Berger said. “It’s not learn by doing, it’s learn by listening to the Norwegians.”

Rep. Pete Aguilar, D-Calif., said it was helpful to consider the potential impact of new NATO allies on future training possibilities. The U.S. is one of 30 alliance countries that will weigh in on the applications of Finland and Sweden.

American sailors and Marines train with Norway at least every other year and a U.S. ship goes into the High North region or the Arctic Circle almost every month, said Adm. Michael Gilday, chief of naval operations.

The U.S. aggressively ramped up its presence in the area following a “watershed moment” in 2018 when a U.S. carrier strike group traveled above the Arctic Circle for the first time since the dissolution of the Soviet Union in 1991, he said.

Russia’s full-scale invasion of Ukraine in February prompted the Navy to deploy small units of destroyers to the High North “to put pressure on Russia and make sure that they know we’re there with capable platforms,” Gilday said.

“I think we’re in an upward trajectory with respect to the Arctic and I don’t think we’re going to turn back,” he said.

Berger predicted Wednesday that the Marine Corps will scale up rotations to the region and to Alaska in the coming years, deploying small units for two to four weeks at a time.

“You do large exercises to learn big lessons and send big messages but smaller units more frequently, on a more enduring basis has a lot of return on investment too,” he said.

Rep. Betty McCollum, D-Minn., suggested there might be more opportunities for the U.S. military to leave its mark on the Arctic. The Pentagon should consider sending northern National Guard units to train and acclimate to the weather, she said, and the Navy needs to think about how it can use ice breaker ships to assert dominance.

“I am laser-focused on the fact that we need to be working with the Coast Guard but we also need to be looking at the Department of Defense and the U.S. Navy projecting power,” McCollum said. “I’m glad were looking at this because Russia and China are looking to make inroads.”