Another 400 US troops, aircraft to deploy to Eastern Europe 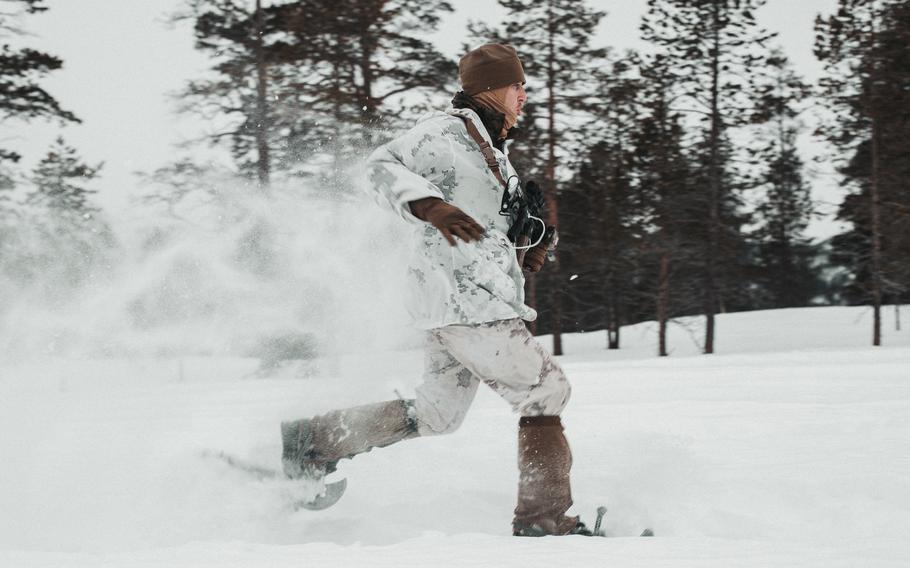 WASHINGTON — The United States is sending another 400 troops and multiple aircraft to Eastern Europe to bolster NATO defenses in the region as Russia continues its war on Ukraine, chief Pentagon spokesman John Kirby said Tuesday.

About 200 service members from Marine Air Control Group 28, based at Marine Corps Air Station Cherry Point, N.C., have arrived in Lithuania to support the NATO ally’s defenses, Kirby told reporters at the Pentagon.

The military had not yet determined where in Eastern Europe the troops and aircraft from South Carolina will be deployed, Kirby said.

The roughly 400 troops and assorted aircraft travel to their new deployments after completing their participation this month in NATO’s Exercise Cold Response 2022 military drills in Norway.

The U.S. service members were among 30,000 troops from 27 countries to partner for the biennial exercise, according to NATO.

During Exercise Cold Response, forces “trek across the vast wilderness, conduct live-fire drills, leap into freezing lakes” and otherwise train for combat in cold-weather environments, according to NATO.

The 400 troops deploying to Eastern Europe join more than 100,000 U.S. service members in Europe. About 14,000 of the 100,000 troops deployed to the region in the past two months from the U.S. in response to Russia’s continued attack on Ukraine.

Kirby said Tuesday that sending more U.S. troops and military assets to Europe is aimed at shoring up military capabilities in the region rather than trying to meet a force-total goal there.

“It's not about a number goal. It's really about capabilities, and it's based on constant conversations with our NATO allies on the eastern flank,” he said.

The announcement came a day after Kirby said about 240 sailors and six Navy EA-18G Growlers from Naval Air Station Whidbey Island, Wash., would arrive at Spangdahlem Air Base in Germany on Monday to support NATO amid Russia’s war on Ukraine.

“This is in order to bolster readiness, enhance NATO’s collective defense posture and further increase air integration capabilities with our allied and partner nations,” he said Monday.