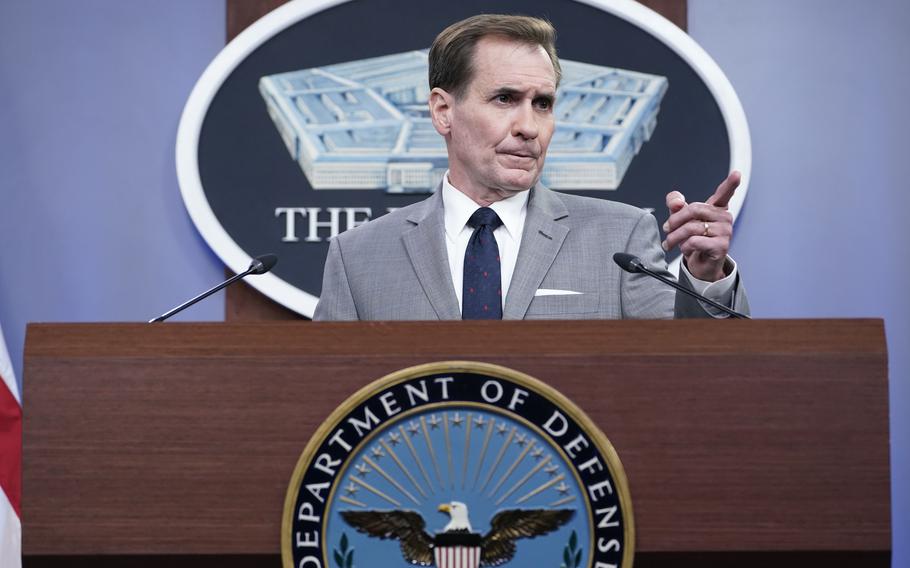 U.S. Central Command has launched a formal inquiry into the Aug. 29 drone strike in Kabul that military leaders said destroyed a car loaded with explosives and driven by an Islamic State terrorist, the Pentagon’s top spokesman said Wednesday.

CENTCOM recently opened a high-level 15-6 command investigation and a civilian casualty assessment into that strike, said John Kirby, the Pentagon spokesman. The probes come amid allegations the strike in the waning days of U.S. involvement in the Afghanistan war actually killed a local worker for a U.S.-based aid company and up to 10 nearby civilians, according to The New York Times.

He said it was unlikely investigators would be able to travel to Kabul for the investigation.

The Reaper drone strike was the last known airstrike launched by American forces in Afghanistan before the final U.S. troops pulled out of Kabul just before midnight Aug. 31. Defense officials in announcing the strike Aug. 29 said it had disrupted an imminent suicide attack against Hamid Karzai International Airport. The U.S. military used the Kabul airfield to lead an about two-week effort to evacuate Americans and their allies, including Afghans, from the country after the Taliban takeover Aug. 15.

The drone strike came just days after a suicide bomber with ISIS-K -- Afghanistan’s ISIS affiliate -- blew himself up just outside the airport, killing 13 American service members, wounding nearly two dozen more and killing and maiming hundreds of Afghans crowded around the airfield’s gates. U.S. officials at that time were on high alert about the potential for another terrorist attack on the airport and warned publicly such an assault was likely imminent.

A CENTCOM statement just after the strike claimed it caused secondary explosions, indicating explosives were inside. It later acknowledged as many as 10 civilians might have been accidentally killed in the attack and promised an investigation. Nonetheless, Army Gen. Mark Milley, the chairman of the Joint Chiefs of Staff, on Sept. 1 called the incident a “righteous strike” that prevented further attack.

But a New York Times investigation of the drone strike, which included video analysis and interviews with local Afghans near the strike site, cast doubt on the Pentagon assessment. The Times investigation published Friday said talks with neighbors and relatives showed the vehicle’s driver was not an ISIS affiliate, but instead a 43-year-old man who had worked since 2006 for the California-based aid organization, Nutrition and Education International.

Kirby said Monday that the Pentagon still believed the strike stopped a terrorist attack. He declined to comment further on Wednesday about the investigation or intelligence that led to the drone strike.

He said he could not answer specific questions about what led U.S. military officials to conduct the strike on the vehicle it hit.

“I can't speak to that at this time,” Kirby said. “I'm going to let CENTCOM complete their work and then let them speak to what they find as a result of that. I think that's the best course right now.”