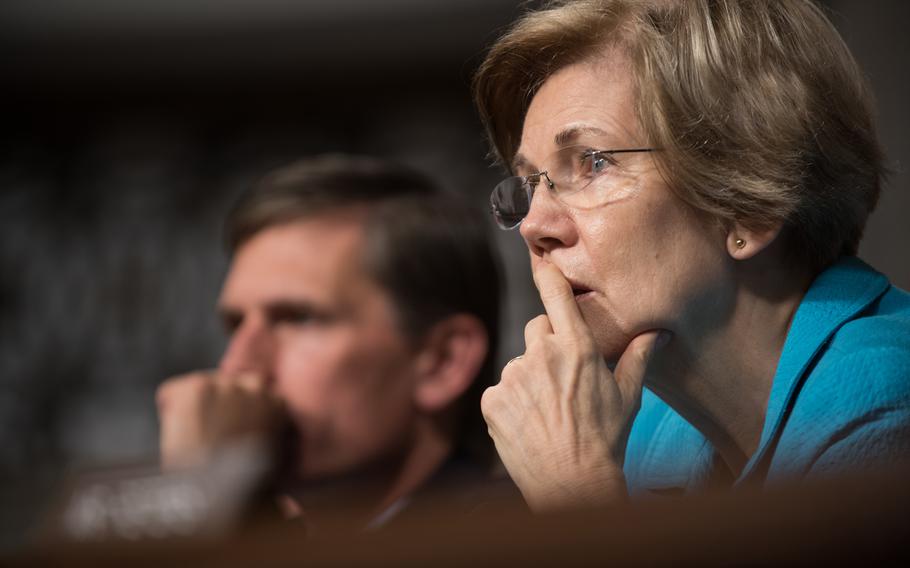 Since Jan. 1, DOD civilians at U.S. installations in Japan who aren’t covered by Tricare Prime, the military’s medical plan, have been limited to space-available appointments for family medicine, internal medicine, pediatric and gynecology services at military treatment facilities. Appointments are also limited to episodic or acute conditions that can be treated on a same-day basis.

DOD civilian employees and their families at bases across Japan — teachers, contractors, retail clerks — have raised similar concerns on social media and at town halls since October. That month, the DHA Indo-Pacific Region commander, Army Maj. Gen. Joseph Heck, announced the changes and said DOD employees should “have a plan in place” for medical care from a local provider. Some civilian employees of Stars and Stripes are affected by this measure.

“To make matters worse,” Warren wrote, “DoD appears to be blaming civilians for having health needs in the first place.”

The Pentagon claims that because government employees and contractors are not pre-screened prior to a Japan assignment, they frequently arrive with health conditions of the type and severity that military hospitals cannot treat safely or that take away from resources for active-duty service members and their families, Warren wrote.

U.S. Forces Japan declined to comment on the letter because it had not had a chance to review it; however, spokesman Gunnery Sgt. Jonathan Wright said USFJ remains “fully engaged with U.S. Indo-Pacific Command and all other relevant agencies to raise the concerns” of health care professionals and DOD civilians on the subject.

“We are aware that the policy has placed heavy burdens on many DOD essential personnel we rely on to further U.S. strategic interests in this region,” Wright told Stars and Stripes by email Tuesday. “We are working to continue to find the best solution for those affected by this change in federal law. We must do everything we can to retain top talent in this critical region — an effort we owe to our DOD teammates impacted by this decision.”

Warren also questioned whether DHA appropriately notified Congress of the changes. The defense secretary must, according to the 2023 National Defense Authorization Act, tell Congress in advance of a “change in the scope of medical care provided at a military medical treatment facility, or the beneficiary population served at the facility,” she wrote.

The act, which funds the U.S. military, also requires the Pentagon to provide a “transition plan for the continuity of health care” if inpatient care is reduced at military facilities overseas.

“These provisions went into effect when President Biden signed the NDAA on December 23, 2022, and given the changes put in place at the Yokosuka facility, I expect to receive this formal notice and this transition plan as rapidly as possible so that affected civilians receive the support they need after this loss of care,” Warren, a member of the Senate Armed Services Committee and its subcommittee on personnel, said in the letter.

She concluded with 15 questions for Crosland and Mullen and asked for answers by Feb. 3.

The questions echo many of those asked by civilians at town hall meetings at Yokosuka in September and at Yokota and Marine Corps Air Station Iwakuni this month, including whether translators will be available to help navigate the Japanese medical system and an explanation of what services remain available to civilians.

Warren also asked DHA to explain how it determined civilians should no longer be seen at military hospitals.

Heck in September said the changes to civilian health care are mandated by law, which prioritizes treatment of active-duty service members, their families and other Tricare Prime beneficiaries.